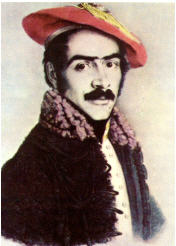 Of all the Carlist generals of the civil wars in Spain, probably none was so controversial as General Ramon Cabrera y Griñó. The ruling government and their supporters viewed him as the embodiment of all of their worst fears about the Carlist movement; a vicious, bloodthirsty reactionary. The Carlists themselves originally viewed him as a hard but powerful leader, someone who was willing to do whatever was necessary for the cause. Ultimately, however, he was a man who would come to be seen as a traitor by both sides in the conflict he fought in. The man who would later be known as the “Tiger of Maestrazgo” was born in Tortosa on December 27, 1806 to the owner of a merchant sloop who died when he was only 5-years-old. As a boy he was sent to study at a seminary where he was known for his lackluster grades and rowdy behavior. He entered minor orders but when the time came for his ordination to the priesthood the Bishop refused, observing that his vocation was not with the Church but that he would probably make a good soldier. He joined the Spanish army and was soon involved with the Carlist faction following the death of His Catholic Majesty King Fernando VII. Exiled from Barcelona because of this he later escaped to Morella and in 1833 joined the gathering army of Don Carlos who claimed the throne in opposition to the infant Queen Isabella II and her domineering mother Maria Christina. 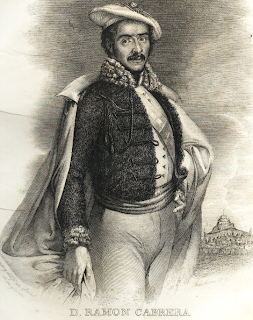 He soon became prominent amongst the Carlists and in 1834 was promoted to colonel in the forces of General Manuel Carnicer, commander of Carlist forces in Aragon and Valencia until his execution by the government. Cabrera then took the place of his late commander and lead numerous and successful raids against the forces of Queen Isabella II, defeating numerous efforts sent against him and gaining a reputation as a daring commander. His courage was never in question as he was wounded several times leading his men from the front. Probably no other Carlist general was so feared by the Cristinos (named for the regent-queen mother) as Cabrera was. Not only was he usually victorious but he was merciless against his enemies and soon became known for having prisoners executed and showing no reservation about killing non-combatants and destroying private property. This made him greatly feared and reviled by the forces of the Queen but it also gave some of the adherents of Don Carlos pause who felt he was sullying the reputation of their noble cause. No doubt his actions were publicized by the Cristinos as examples of Carlist cruelty to win public support in putting down the rebellion. 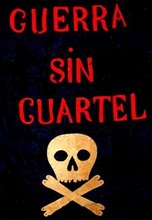 There was also some context to this to keep in mind. When the government forces proved unable to defeat him, in a fit of rage General Agustin Nogueras has Cabrera’s mother arrested and later shot in 1836. It was this act which encouraged Cabrera to show no mercy at all and his troops became known for taking no prisoners and killing the wives of government generals in retaliation for his own loss. In the First Carlist War his troops reached the outskirts of Madrid and waited for Don Carlos to come and occupy the capital but his forces never arrived. He continued to be victorious and in 1838 Don Carlos granted him the title of Count of Morella in recognition of his service. Divisions among the Carlist high-command led to much of their support falling away (some Carlist generals executing each other) until General Cabrera was the only Carlist commander left in the field, still carrying on the fight. It was only when he fell ill that the Cristinos were able to encroach on his area of operations and he was forced to retreat across the border to France. He was arrested, imprisoned, later paroled but finally came to live in Lyon for several years on a French pension.

King Louis Philippe had, at one point, allowed Cabrera to leave France for England where he met with Don Carlos who had himself been forced to go into exile. While there he clashed with the pretender over his abdication in favor of his son Carlos Luis in 1845. Still, he did not deviate from the course he had long ago taken. When the Second Carlist War broke out in 1847 it was an ill-organized affair and Cabrera thought it had no chance of victory. Nonetheless, when the new claimant, Carlos VI, called on him for support Cabrera returned to Spain and organized a guerilla army in Catalonia, Aragon and Valencia. Nonetheless, as expected, after several years of raids and skirmishes the Carlists are again defeated and in 1849 Cabrera returned to France. In 1850 he moved on to England where he married the heiress of a wealthy merchant and set up house in Wentworth. He was aware of subsequent Carlist uprisings but was not personally involved. 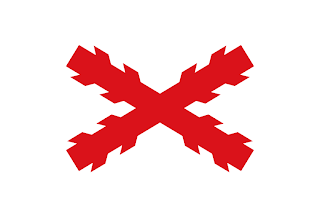 General Cabrera, by that time a wealthy man in England, gave financial support to the Carlist claimant but being removed from the mountains of Spain to Great Britain gave him a different perspective on the world. He began to view the Carlist cause as hopeless, that the days of dynastic struggles deciding the course of history were over and when plans were brought to his attention for the Third Carlist War he refused to endorse them. He was also offended by the number of new men the latest Carlist pretender (Carlos VII) gathered around him rather than old fighters like himself. Finally he determined that the way to help Spain was to accept the existing monarchy and work to move it in a more traditional and conservative direction. Needless to say, most Carlists did not follow his line of thinking. Nonetheless, in 1875 he announced his support for the restored monarchy of King Alfonso XII and called upon other Carlists to do the same (very few did). King Alfonso XII recognized his rank and noble status in return for this show of support while Don Carlos naturally denounced him as a traitor to the cause and his legitimate monarch and revoked his rank and titles. After that many Carlists wanted to see Cabrera dead and he never returned to Spain again, dying in London on May 24, 1877. 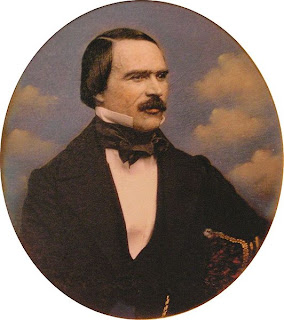 In the end, his change of coat helped no one. His position did not change at all, he swayed no Carlists into giving up their rebellion nor did the Alfonsists gain much satisfaction in having the most vilified of all the Carlist leaders join their ranks. After his death, King Alfonso XII granted his widow a pension but in 1899 after the loss of the remnant of the Spanish empire to the United States she renounced it, donating the money to the Spanish treasury. The reputation of General Cabrera will always be a mixed one. The one side would never forgive his atrocities while the other would never forgive his betrayal of their cause (no matter that he was ultimately proven correct about the futility of it). However, few would deny his reputation purely as a military leader. His enemies, who often despised him, were forced to admit that he was an extremely able and clever general, a natural tactician and master of guerilla warfare. A lack of competent leadership was always one of the major weaknesses of the Carlist forces but, at least on the battlefield, General Cabrera is an example of an exception to that trend. His record of success speaks for itself.
Posted by MadMonarchist at 12:19 AM