The Exile of the Dalai Lama 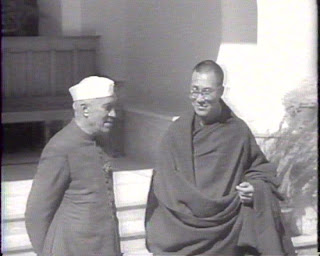 It was on this day in 1959 that HH the XIV Dalai Lama left to Tibet to go into exile, being granted refuge in India, following the takeover of his own country by the communist forces of China. The recent history of Tibet has been one of unending tragedy, recognized by comparatively many but acted on by comparatively few. When Soviet communist forces enslaved Mongolia hardly anyone in the outside world seemed to notice (and it remains one of the worst and least known atrocities in history even today) but while the communist takeover of Tibet was fairly well known at the time, few were willing or able to do anything about it. The United States had little interest or access to the region and whereas the British would previously have been the ones to take action, British power was rapidly on the decline, India had gained independence and was far more concerned with the religious animosities in their own country and trying to hold it together to do anything about the communist takeover of remote, isolated Tibet. There is no doubt that the country is still suffering terribly today in the absence of the Dalai Lama and, sadly, most would see little reason to hope for improvement given current circumstances with so much of the rest of the world becoming dependent on Chinese loans. 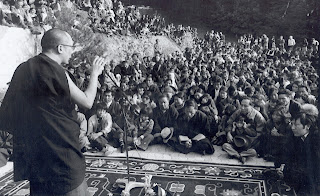 The Dalai Lama, ever an optimistic and hopeful man, remains committed to peace and non-violence and to the limited goal of “meaningful autonomy” for Tibet. He is well known and much celebrated around the world. Few other exiled monarchs or traditional authority figures enjoy the same prestige and name-recognition that he does. However, much of this support is honestly illusory. Many in this country who praise and sympathize with him do so for less than genuine reasons. They like being able to appear “spiritual” by associating themselves with a religious figure whose teachings they are not subject to. Some are eager to attach themselves to him simply because he is a religious leader who is not Christian. In any event, many of those who praise and applaud him and have “Free Tibet” bumper-stickers on their car have a “commitment” to Tibet and the Dalai Lama that goes no deeper than popular outrage and slogans. For them, it is one of those “good causes” that is (or was) fashionable to associate yourself with while never intending to actually do anything about it nor of really having any idea of how exactly they would like to see things change. They also usually put their own politics first.

One of the most talked about examples is the actor Richard Gere who was very critical that the U.S. was not “doing more” when George W. Bush was President to stand up to China over Tibet yet has remained silent since his favorite Barack H. Obama has been President despite his much cooler, arms-length dealings with the Dalai Lama in favor of maintaining good relations with China. Gere, a Democrat, seemed much more concerned about Tibet when a Republican was in the White House than he is now. In the same way, many of the same people who champion the cause of Tibet and the Dalai Lama were also effusive in their praise of the ANC in South Africa. But, just as many put U.S. party politics ahead of their concerns over Tibet, it seems he ranks below the African National Congress as well since they were almost completely silent when South Africa refused to allow the Dalai Lama into their country for a planned summit on world peace (after being leaned on by the Chinese of course who have been buying up influence in Africa for years). So, obviously, many of those who pretend to care about the situation in Tibet and the continued exile of the Dalai Lama have support that is barely skin deep, all talk and no action, all form and no substance. 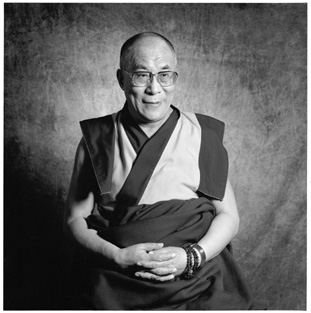 The Dalai Lama puts his hope in the Chinese people, that their hearts are changing and that they will eventually force the government to adopt a new approach with Tibet. I have a hard time sharing such an optimistic view and as Chinese money buys more and more Chinese influence around the world I have seen myself a growing hostility toward the Dalai Lama and Tibet with more and more people parroting the official communist-government talking points on the subject. As I have said many times, I am certainly not in total agreement with the Dalai Lama on either the political or spiritual levels. However, there is no doubt that the Dalai Lama is the traditional, rightful and legitimate leader of Tibet and it is a scandal that he remains in exile all these decades later. Nothing else matters to me, agree or disagree with the man himself and regardless of the political situation in my country or any other. The Dalai Lama is the legitimate traditional authority for Tibet and that is where he belongs. I hope he lives to see the day his exile will finally end.
Posted by MadMonarchist at 7:13 AM