The Belgian Royal Family in Captivity 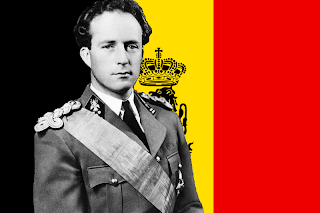 As we have mentioned before, HM King Leopold III of the Belgians suffered a great deal of atrociously unfair slander after World War II. He was accused of breaking diplomatic agreements, of showing insufficient zeal in resisting the Nazi invasion and, worst of all, of collaborating with the Nazi occupying forces in Belgium. It should go without saying that all of that is complete and utter nonsense of the most despicable kind. The King, naturally, was desperate to keep his country out of World War II (and neutrality had been the established policy of Belgium since the birth of the modern kingdom in 1830) yet when war came he took command of the army and resisted with all the strength in his power. Obviously, little, solitary Belgium could not possibly defeat the crushing armies of Germany but any who think that the King and the Belgian army were not fully committed to defending their country should look at some simple statistics. Denmark and Luxembourg were each occupied in a single day. The Netherlands was forced to capitulate after only four days. Belgium, on the other hand, held out for 18 days before being forced to surrender or be totally massacred. In fact, the British might not have successfully escaped from Dunkirk if the Belgians had not bought them time with their lives. 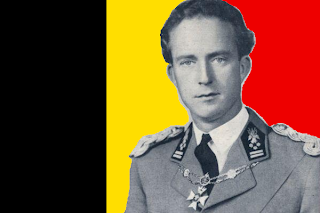 King Leopold III felt it to be his duty, as commander-in-chief, to preside over the surrender of his army and share the fate of his brave men as a prisoner of war; and that is exactly what he was. It is an outright lie to attempt to portray him as any sort of a collaborator; the truth cannot possibly be stretched that far and survive. He tried to do what he could to ease the suffering of his people but let there be no ambiguity about this: he was a prisoner, not a reigning monarch. The Nazi occupation forces kept him under tight surveillance, his movements were restricted and his every activity was scrutinized. Toward the end the King and his family were imprisoned and there was even an attempt to massacre them. The occupation and the time spent by the Belgian Royal Family in Nazi captivity was a frightful and terrible event yet, probably in part because of all the misinformation, is not very well known. Thankfully, that issue has been addressed at the excellent weblog The Cross of Laeken where a series of highly informative articles have been posted dealing with this sad period in the history of the Belgian monarchy. I highly recommend having a look at The Royal Family in Captivity, Parts I, II, III and IV.
Posted by MadMonarchist at 12:37 AM