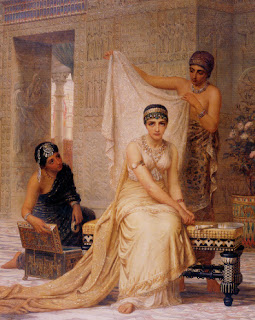 One of the most famous women, and perhaps the most famous queen, in Jewish history is Queen Esther, consort to a King of Persia and a great heroine to her people. Her story is, or at least should be, well known to all Jews and Christians (if they read their Old Testament). As with almost anyone from Biblical times, there are a great many details about Queen Esther than remain a mystery, however, the important points are clearly recorded. She was born with the name Hadassah, we know not when or where. Her story begins with that of the man who would be her husband, there being some debate as to his identity. The Bible identifies him as Assuerus, “who reigned from India to Ethiopia over a hundred twenty-seven provinces” with the city of Susan as his capital. So, a big shot in Persian history without question. Traditionally it was thought this referred to King Xerxes I of the Achaemenid empire but more recent scholars have theorized it to have been a king of the later Sassanid empire.

In an effort to show off his greatness, King Assuerus held the party to top all parties, inviting all his regional governors and all the great men of Persia to party hardy for nearly 200 days. Of course, no such display could be complete without showing off your smoking hot trophy wife so King Assuerus, after getting gloriously drunk, called for his queen, Vasthi, but she refused to come. Somewhat astounded, the King was warned by his advisors that such defiance might provoke a wave of feminism which would leave all the great men of Persia frustrated and sleeping on their sofas. So, Queen Vasthi is given the boot and King Assuerus starts the hunt for a new royal consort. Every province was to send their most beautiful virgins for his inspection, with each undergoing a full year of preparation to make them suitable choices for the ruler of most of the known world at the time. After making his inspection, King Assuerus chose a famously beautiful Jewish girl named Esther, previously known as Hadassah. It is said that she was an orphan who had been raised by her cousin, a man named Mordecai. Hailing from the tribe of Benjamin she had stayed with her cousin, who was more like her father for all intents and purposes, even after Cyrus had allowed the Jews to return home to Jerusalem. 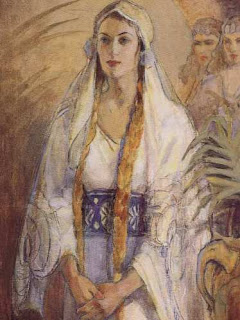 Queen Esther was presumably chosen for her loveliness but quickly proved her loyalty as well thanks to Mordecai who overheard two guards plotting to assassinate the King. He told Esther who told the King who had the men put to death. However, it was also Mordecai who would be the inadvertent instigator of the troubles to come. When he refused to bow down before a favorite prince of King Assuerus the prince, Aman, decided to take his revenge on all the Jews in the Persian Empire. He charged the Jews with spreading sedition against the King and obtained his approval on an order for their total annihilation. Mordecai went into mourning over this plan of genocide and tried to get Queen Esther to intervene with the King, pointing out that she would likely be killed too if the order was carried out. However, the Queen had to stay in the harem with the lesser concubines and could only go to the King if he called for her to attend to him. To do otherwise would see her killed instantly.

To add to her worry, the King had not called for her attention in about a month so she had no expectation that a summons would come in time. She had everyone in her own household and all her fellow Jews in Persia pray and fast for three days before Esther finally determined she could wait no longer and bravely decided to go on her own to see the King -summons or no summons. Thankfully, King Assuerus was not unhappy with her at all and when she appeared before him was exceedingly glad to see her. Once again enthralled by her, the King promised to grant her any request, even should she ask for half his empire, he would hand it over instantly. Showing she had brains to match her beauty and bravery, Queen Esther instantly formulated a plan and asked for a banquet to be attended by herself, the King and Prince Aman. It was done and during the banquet, when the king was compliant and feeling no pain, she asked him to hold another the next day. The King did so even while the gallows were being prepared to hang poor Mordecai.

Such high living caused King Assuerus to have some trouble sleeping and he ordered someone to read to him some of the recent headlines from ‘The Persian Chronicle’ in the course of which he was reminded of how Mordecai had saved his life. He asked his servants how he had rewarded the man for this good deed only to be told he had not rewarded him at all. Well, the King couldn’t have that; it just made him look plain rude and ungrateful. So, he began to wonder what he could do to reward so valuable a subject. The next morning when Prince Aman arrived to get the go-ahead to hang Mordecai the King asked him, “What ought to be done to the man whom the king is desirous to honor?” Being a very self-centered sort to say the least, Prince Aman assumed the King was referring to him, quickly said that such a man should be dressed in kingly robes, put on the King’s own horse, have a crown put on his head and have all the princes and nobles hold his horse and sing his praises. One can imagine the shock when the King said, ‘Great idea! Go do that to Mordecai the Jew who sits outside the palace gate!’

Prince Aman was positively mortified and ran home to his wife, crying and wailing only to have her tell him he better suck it up and make nice with the Jew before the King gets angry. Just then the king’s eunuchs arrived to summon the prince to Queen Esther’s second banquet. He attended and the King asked Queen Esther again what he could do to show her his appreciation. Finally Esther said that Prince Aman was planning to massacre all of her people at which point the King stormed out in a fury and Prince Aman started doing some really fast talking to make nice with Queen Esther so that she might persuade the King to not tear him into little pieces when he came back. Yeah, probably not a good idea considering that Queen Esther was laying on her bed at the time and when the King came back he found Prince Aman all flushed and in a nervous sweat on the bed with his wife. “Fury” probably doesn’t begin to describe it. Immediately he had Prince Aman taken out and hanged on the same rope the prince had planned for Mordecai to set off his little genocide.

The disaster was averted and to show his gratitude King Assuerus gave Aman’s palace to Queen Esther. She told the King that Mordecai was her “uncle” and the King gave him the prince’s ring. Queen Esther also put Mordecai in charge of her new palace, which beats sitting outside the gates all day. Queen Esther then fell before the King and begged him to call off the genocide against the Jews. Until that banquet Assuerus had not known his queen was a Jew at all. Naturally, he called off the genocide, discounting the late Aman’s claims of sedition and even went a step further by sending out orders throughout his empire that all the Jews were to be given permission to take their revenge on those who had planned to do them harm, to basically wipe them out and take their stuff. They snuffed out those who had been prepared to kill them but didn’t go on quite the rampage the King had authorized and didn’t take any loot from them. Nonetheless, the Jews in the Persian empire declared the occasion a new holiday for their people when they were saved from death thanks to the intervention of good Queen Esther, the orphan who became a queen who risked death to save her people from genocide. Certainly, queens do not come any better than that.
Posted by MadMonarchist at 1:16 AM