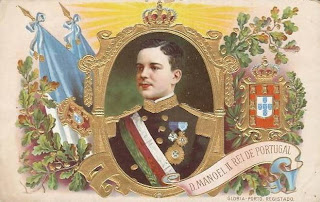 Today is the day that the Portuguese (at least those with whom we are not in sympathy) celebrate “Republic Day”, the day on which the first Portuguese Republic was declared following the unjust overthrow of HM King Manuel II. And yet, never was it more clear that there is nothing at all worth celebrating about the republic. It breaks my heart as I have long been very partial to the nation of Portugal, ever since as a boy I read about the trail of Portuguese culture left around in the world in National Geographic magazine by intrepid Portuguese explorers from Brazil to Africa to India to China and even Japan. It also helped having a cousin (by marriage) who is Portuguese and a very great lady she is. At no time in my lifetime has it been more clear that the Portuguese deserve better than what republicanism has delivered to them and at no time has it been more clear what an abject failure the republic has been in Portugal. The case for monarchy could not be clearer. 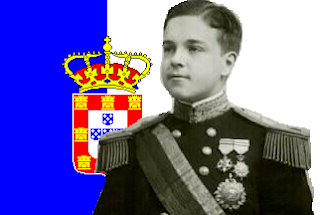 It seems so simple. The Kingdom of Portugal was one of the great powers, even more one of the great powers of the world than of Europe. The Kingdom of Portugal was wealthy, prosperous and advanced. The Kingdom of Portugal was on the cutting edge of science, technology, exploration and discovery. Yet, at the same time, it was a country of strong values, proud families and devoted faith. It was with good reason that the Supreme Pontiff awarded the monarchs of Portugal the title of “Most Faithful King”. It was the Kingdom of Portugal that established the first global, maritime empire while it was left to the republic to see this great work of centuries crumble. Even when Portuguese power was on the decline, they still proved to have the potential for resurgence such as in the war against Napoleonic France in which the British military genius the Duke of Wellington, commander of the Allied forces, described the Portuguese troops proudly as his “fighting gamecocks”. Under the monarchy the Portuguese had been explorers, colonizers, merchants, trailblazers, innovators and global leaders in astronomy, cartography and navigation. Under the republic the Portuguese have known only decline. 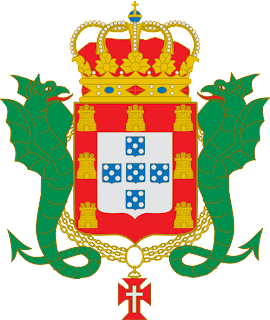 The Republic has presided over the depths of Portuguese history, seeing the country become one of the poorest in Europe. Their leveling nonsense robbed the productive and hard working to reward the unproductive until the entire nation was brought low and there were fewer and fewer left to rob. Now the robber government is becoming the beggar government, looking for the monstrous European Union to bail them out and keep their corrupt, theft-base government from toppling over and dragging the country down with them. Friends, Romans and compatriots, this should not be so! History has shown what Portugal is capable of and the disaster the republic presides over today is certainly not it! When it comes to greatness and prosperity, the Portuguese nation did it once and they can do it again but we must look to the record to see what were the conditions which allowed that to happen. The conditions of Portugal at the peak of her golden age was a monarchy with a population devoted to their king and country and grounded in the values of a deep and shared faith.

Let not the suffering of the current generation be in vain! Portugal must not repeat the same mistakes and continue the same failed methods that brought this proud country to such a low position. Rather, inspiration should be taken from the golden age of greatness when the country was guided by their “Most Faithful” Kings. Return to what worked and reject what has brought only ruin and discord. Let us resolve that this should be the LAST Republic Day for Portugal and the start of a new era of national rejuvenation, starting with a royal restoration. Death to the Republic! Long live the Duke of Braganza! Dom Duarte III for King!!!
Posted by MadMonarchist at 12:14 AM

Email ThisBlogThis!Share to TwitterShare to FacebookShare to Pinterest
Labels: Portugal