Off Topic Tuesday: Serbia and Kosovo 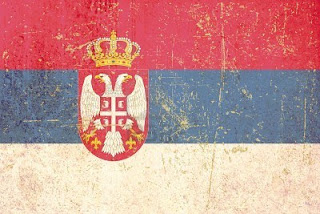 I have never been an anti-war person, however, when President Clinton began his bombing campaign of Serbia and the regime of the communist dictator Slobodan Milosevic, I (and my family) opposed it simply because it served no national interest of our own that any of us could see. Later, full of righteous anger over the events of 9-11, I had to question if my opposition to the intervention in Kosovo was legitimate or simply a knee-jerk reaction to opposing any action taken by a liberal U.S. President. I am pleased to feel that my opposition was justified in light of subsequent history but, of course, as is always the case in such instances, I cannot take too much satisfaction in that because of all of the problems that have resulted from it. Aside from my own selfish interest in not being a hypocrite, I can take no pleasure in being proven right on this score. I am also rather upset that, on this side of the Atlantic at least (I cannot speak with the same certainty regarding Europe), that everyone seems to have forgotten about Kosovo and, as far as most of the American public is concerned, it is yet another case of “out of sight, out of mind”.

The Serbians may justly resent this but they can take what comfort they can in the fact that they are hardly alone in this. “Hanoi Jane” Fonda and all the other anti-war protestors never gave their opposition to the Vietnam conflict a second thought after the U.S. troops were withdrawn and millions of southeast Asians were killed by communist tyranny and continue to this day to suffer under an oppressive and totalitarian regime. They do not think about it and do not care in the least. So, it is nothing new that the majority of Americans today think not at all about the current consequences of what was started by that bombing campaign and the subsequent European forces invasion in southern Serbia. There is plenty of room to speculate that Clinton did this for his own purposes, as yet another distraction for the American public amidst his many scandals (which if anyone cared to look were far worse than fornication in the oval office). Yet, even if it was done for the purely benevolent and humanitarian reasons given one still cannot but be aghast at the sheer stupidity of it all. Let us explore that just for a moment.

To be sure, Milosevic was a villain. He was a dictator, not on the level of Stalin or Hitler as he was sometimes portrayed (have you noticed that every bad guy the U.S. has taken on is always a modern-day “Hitler”?) but he was certainly bad enough. It is sufficient for me that he was a communist and the only good communist is a dead communist -so at least he’s a good communist now. Milosevic was not really the issue though, the issue was the Serbs and ethnic Albanians in Kosovo. There were charges of ethnic cleansing and no one was surprised given all the charges of ethnic cleansing leveled at every participant of every conflict in the Balkans in our time. So, here was President Clinton of the United States on his white horse charging to the rescue of the poor persecuted ethnic Albanians, saving them from the dastardly Serbians. I think from our current vantage point it is safe to say that the Islamic world has not really shown a great deal of appreciation for the U.S. bombing multitudes of Christian Serbs for the sake of their co-religionists. Yet, that is essentially what happened. President Clinton boldly let loose the full firepower of the United States Air Force to make Kosovo safe for the Albanian Muslims. 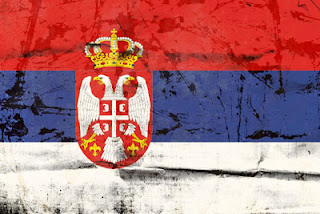 Serbia was humbled, Serbia was laid low and Kosovo was suddenly up in the air -a prize to be grabbed by those bold enough to step forward. The whole conflict had certainly emboldened the Albanians. Later on, President Clinton would try to claim that everything had proceeded exactly as he had planned from the start. Hard as this may be to believe, Clinton is not telling the truth. When he first tossed up this hair-brained scheme for a bombing campaign the Prime Minister of Italy was, naturally, a bit concerned and asked Clinton what he planned to do if the bombing did not immediately produce the desired results. Witnesses said it was clear from the look on his face that such an idea had never entered his mind at all until the Italian premier raised it that very instant. Clinton, befuddled, asked his National Security Advisor (Mr. Paper Pants) who, equally befuddled, could come up with nothing more brilliant than to say they would just keep bombing. The air campaign did not, as we know, solve everything and European ground troops had to go in, humiliating Serbia, emboldening the Albanians and leaving Kosovo in limbo.

Now, Kosovo is claiming independence. This is one of the most absurd and most positively blatant deceptions of the present time. This should fool no one. Kosovo has no business being independent, no history of it and, by the time it was done, not even the semblance of a reason for it. More to the point though, it is a deception, a charade and a painfully obvious one at that. Kosovo could never be really independent no matter what Albania, the U.S. or the European Union says. It is not capable of being independent, anyone can see that, and so it is clearly a stepping stone for future annexation to create a “Greater Albania” which the Albanians feel rather cheated out of since they were only briefly able to enjoy that status during World War II and even then it was the product of Mussolini’s labor rather than their own. Some might think this a just reward for all the chaos and bloodshed unleashed by the efforts on the part of the Serbs in the last century to create their “Greater Serbia” (later Yugoslavia) but this would be a callous view indeed. Serbia at least had some (admittedly extremely distant) history to back up their more modest claims, Kosovo has none whatsoever. If this farce of an independent Kosovo continues it could prove to be the spark that re-lights the Balkan powder keg into a new round of anti-Serb ethnic cleansing that might shock even this jaded generation.
Posted by MadMonarchist at 12:10 AM