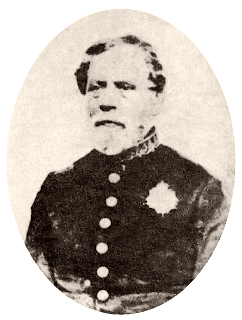 One of the leading monarchists of the Brazilian Empire was Manuel Marques de Sousa. He was born in what is now Rio Grande, Brazil on June 13, 1804 to Manuel Marques de Sousa II and Inacia de Silveira when Brazil was still part of the colonial empire of the Kingdom of Portugal. He came from an aristocratic family with a long tradition of military service, thus it came as no surprise when young Manuel showed enthusiasm for a career in the army at an early age. In 1818 his hitch began when he joined the First Regiment of Cavalry. He saw his first major combat in the Cisplatine War between the Empire of Brazil and Argentina at the battle of Passo do Rosario on February 20, 1827. Later he served in the so-called War of the Ragamuffins, fighting with the loyalist forces of the empire against separatist republicans in Rio Grande do Sul. The war ended in 1845 in victory for the Brazilian Empire and with further advancement for de Sousa whose skill and courage were noted by his superiors.

In 1851-52 Marques de Sousa saw extensive service in the Platine War, allied with Uruguay against the Argentine Confederation led by the strongman Juan Manuel de Rosas. He led the First Brazilian Division with great skill and joined with the Allied army that administered the final defeat of the Argentines. Following this conflict, the respected soldier retired from active military service but, when trouble began anew over Paraguay he again rushed to the service of his Emperor and presented himself as a volunteer for what became known as the War of the Triple Alliance or the Paraguayan War. This was a conflict that saw the Empire of Brazil, Argentina and Uruguay allied against Paraguay which had just undergone a massive military buildup. The Paraguayan republic had invaded Brazil in Rio Grande do Sul and it was Manuel Marques de Sousa who commanded the Brazilian forces which defeated the invasion and forced their surrender at Uruguaiana in the presence of Emperor Dom Pedro II. 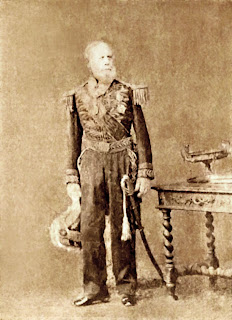 By this time Marques was seen as one of the brightest stars in the military firmament of the Brazilian Empire and he was entrusted with command of the II Army Corps, National Guard Cavalry, operated in that region. Despite being less than a young man by that point, he earned great praise and admiration for his stamina and personal bravery. His greatest moment of glory came at the battle of Tuyuti in which the Paraguayans, despite being outnumbered by the Allies, came very close to success. However, they were defeated and Manuel Marques de Sousa earned high praise from all quarters for his tenacity, quick thing and immense battlefield courage. This marked the last major Paraguayan attack and, although it did not end the war, it devastated their army and made their final defeat only a matter of time. This was, in some ways, the crowning achievement of his military career. Over the years the Emperor recognized him for his service by raising him to the nobility, granting him a number of hereditary titles, the final being Count of Porto Alegre which was bestowed upon him in 1868.

Like many of his social set, during his retirement from the imperial army, Porto Alegre served in the political realm. He was elected to serve in the Provincial Assembly on a number of occasions and he served as Minister of Foreign Affairs and as Provincial Secretary of War. He was also awarded a number of honors throughout his career by the Emperor such as being made a Knight of the Imperial Order of St Benedict of Avis, the Imperial Order of the Southern Cross and the Grand Cross of the Imperial Order of Christ. The Count of Porto Alegre died in Rio de Janeiro on July 18, 1875 to great public mourning. Today there are numerous streets, monuments and so on named in his honor. He stands as one of the great military and political defenders of the Empire of Brazil and a man whose first loyalty was always, first and foremost, with his Emperor.
Posted by MadMonarchist at 12:18 AM