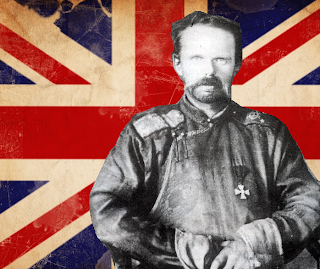 Alright, sometimes it really stinks being so right all the time. Years ago I got a lot of grief for saying that this issue should have been handled by the Royal Family themselves before it became a political issue because it would just keep coming up every time the government needed a distraction. The issue being gender equality and Catholics in the royal succession. Guess what, it came up again. And again. And yes, again. So, instead of the Royal Family being in charge of royal tradition (the idea I was roundly criticized for) it is in the hands of the pre-pubescent prime minister “Call Me Dave” Cameron. Once again we are told that the government is looking into changing the succession because it is so “unfair” that male children are given preference over female children and Catholics are excluded altogether. It’s like a bad broken record. There are riots in the streets, a welfare state bankrupting the country and the military has been reduced to such a point they are actually considering “sharing” a navy -with FRANCE. Yet, the government has decided to set all that aside for the moment because some girls or Catholics who do not even exist yet are being “discriminated against” by the current law. 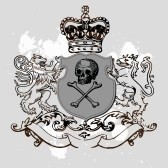 The idea of trying to end birthright discrimination in a hereditary monarchy is so ludicrous it makes my head hurt. I know I’ve asked this before, but seriously, what happened to Great Britain? Did a majority of the British public all suddenly get hit with a dumb stick sometime after World War II? I don’t mean to be harsh here, the same could be asked about most monarchies in Europe. That is what this is really, a fashionable trend. Sweden, Norway, Denmark, The Netherlands, Belgium and so on have already done the same and Britain doesn’t want to be the odd man out. Sure, other monarchies still have male primogeniture, like Monaco, but Britain doesn’t want to be anything like Monaco. They have very low taxes, a monarchy that still rules the country and you can go to jail if you insult the Prince. What a horrid place. No, the UK wants to be like the progressive, socialist monarchies on the continent. Next thing you know they’ll be trying to make the Queen ride a bicycle to Westminster for the opening of Parliament and tell her she can’t wear her own crown anymore.

As anyone who has read this weblog for any length of time can attest I am an admitted reactionary but I also believe in facing facts, accepting reality and doing so means you sometimes have to accept a less than ideal situation in order to live to fight another day. Given that, some people might reasonably ask if male primogeniture is a hill worth dying on. I can understand that, especially given that almost every other monarchy in Europe has done the same. But those people are what I like to call “stupid”. Just because everyone has done something stupid doesn’t automatically make it intelligent. It is not that I think the British monarchy should “die” on the hill of male primogeniture, it is that I think this should not even be considered important at all, certainly not right now. I will repeat, the government has much more pressing issues to deal with right now than anything concerning the monarchy. Furthermore, once again, trying to make birthright preference in a hereditary monarchy non-discriminatory is retarded. How can I explain how totally retarded this argument is? Imagine this: it would be like arguing that it is unfair that only a Catholic can be elected Pope, that discriminates against all the Protestants and Hindus and atheists who dream of being Pope one day.

It is so asinine I will admit that my powers of persuasion tend to fail me. It is so completely absurd that I hardly know where to begin. I cannot even fathom the mentality of someone making the argument that you must end “discrimination” in a hereditary monarchy. And, after all, it is not as though women can never succeed to the throne. Obviously not, the current monarch is a Queen. If you want to make the monarchy “fair” (as the proponents of this crap define it) I don’t see how you don’t ultimately end up getting rid of the monarchy altogether. After all, why is it anymore fair that Princess Elisabeth will be Queen of the Belgians one day rather than her younger brother Prince Gabriel? He didn’t choose to be born later anymore than he chose to be able to write his name in the snow. And why is it “fair” that Prince William will be King one day instead of the children of Prince Andrew or Princess Anne? And why is it “fair” that only members of the House of Windsor can be the royals anyway. That “discriminates” against everyone who isn’t a Windsor so why even have a monarchy at all? This is the argument taken to its logical conclusion. 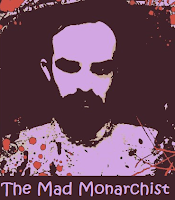 Some might think I’m stretching a bit here, but it’s a “mad” rant for a reason after all: this seems to me to be a mental illness that shares the same roots as the people rioting in the streets over austerity measures in Europe or the “Occupy Wall Street” crowd in America. This is the result of a society of spoiled brats who were never taught the hard lessons of reality. Get it through your thick, indoctrinated, whining, pinko skulls people: LIFE ISN’T FAIR! It never has been! It never will be! Not everyone can be rich, not everyone can be successful and not everyone can be a prince. And, just like efforts to enforce “fairness” in the economy only ends up making things more unfair by taking what one person legitimately earned to give it to someone who didn’t earn it, efforts to enforce “fairness” in the succession only means replacing discrimination based on gender with discrimination based on age. In other words, LIFE ISN’T FAIR and you will never be able to force it to be. At most all you can do is make everyone equally poor or make everyone citizens. As the old saying goes, if “everyone is special” then no one really is. 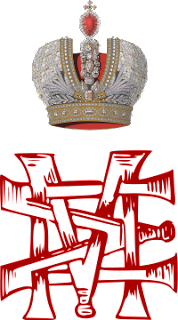 However, all is not lost. Even if this goes through there is a way for the Royal Families of the world to thwart the process if they wish to. On the religious front, this is already mostly possible which is why I never understood why the ban on Catholics has to be enshrined in law (save for the fact many people in Britain evidently don’t trust their Royal Family with freedom of religion). The monarch already must approve of every royal marriage. So, even without the ban on Catholics, the monarch can simply refuse to recognize any marriage between one of her family and a Catholic (which doesn’t even mean they couldn’t marry, only that it would not be recognized in law and thus invalidate them in the succession anyway). On the gender front, the Royal Family can decide, privately of course, amongst themselves, that if any future Cambridge offspring want to stick to the old fashioned way but have a daughter before a son, she can simply abdicate and her rights would fall to her brother. Unless the government then passes a law denying royals the right to abdicate they would then be caught in a legal loophole and the change thwarted. Yes, yes, I know, they probably wouldn’t do it and even if they did there would probably be outrage over it but, what do you expect? I am … The Mad Monarchist.
Posted by MadMonarchist at 12:18 AM