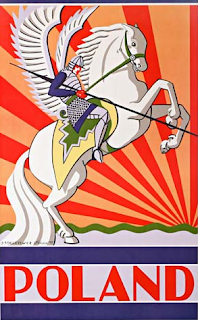 Poland has long been famous for their cavalry. In the last couple centuries it was the Polish lancers, with their flat-topped Czapka headgear, that were copied by militaries far and wide. Before that though, no Polish horsemen were so famous as the fearsome “Winged Hussars”. The Hussars have long been famous as the elite light cavalry of the Kingdom of Hungary and they too have been widely copied around the world. Poland was influenced as well and in the XVI Century developed their own hussars, heavily armored and adding some uniquely Polish innovations. Originally these were modeled after the Serbian and Hungarian heavy hussars who fought in the employ of the Polish-Lithuanian Commonwealth, the dominant Eastern European power of their day. It was HM Stephan Bathory, King of Poland and Grand Duke of Lithuania who reformed the Polish hussars and made them the preeminent elite unit of the Polish-Lithuanian army, first as part of his royal guard and then expanding them further throughout the army. 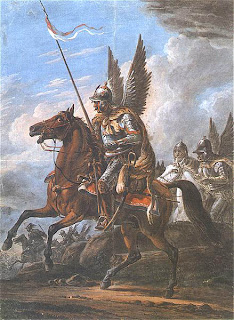 Their most famous attribute was their “wings”, wooden frames affixed first to their saddles and later to the back of their armor and decorated with feathers. These gave the Polish cavalry a very distinctive appearance and they quickly gained a great deal of notoriety, both by their appearance and their heroic record of success, proving critical in one victorious battle after another. Aside from the psychological impact of their intimidating appearance, the “wings” had a more practical benefit. When a mass of cavalry charged the “wings” would cause a loud clattering noise that caused the enemy to exaggerate their number and thus, combined with their appearance, greatly lowered the morale of their enemies. In battle after battle the Winged Hussars proved so successful, often defeating superior enemy forces, that the cavalry became the backbone of the Polish-Lithuanian army, outnumbered the less costly infantry by a considerable margin. Probably their most famous engagement was at the siege of Vienna when the Polish army arrived, the Winged Hussars leading the way, descending on the battlefield like a heavenly host to break the seemingly invincible Ottoman siege and probably saving Europe from Turkish domination. 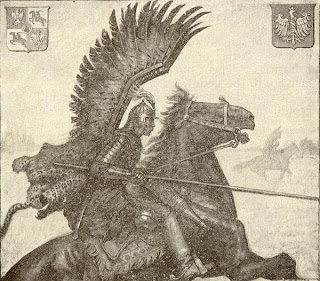 The Polish hussars were heavily armored and carried a lance (the only equipment provided by the King), a stabbing sword, a traditional cavalry saber and sometimes firearms. Their primary tactic was, of course, the charge, starting in a rather open formation (which helped cut down casualties to enemy projectiles) and then concentrating as they approached the enemy line to strengthen their impact when they came crashing through. Their horses were a special breed, mixing Polish and eastern bloodlines to create a very sturdy and nimble animal and they were very practical in their equipment, adopting what worked best from any source. Eventually, the day of armored cavalry came to an end but, as stated earlier, Polish lancers continued to be the standard by which other cavalry forces were judged and the legacy of the Winged Hussars remained strong, even being used as the symbol for the First Polish Armored Division of World War II. They remain a source of pride for the Polish people, and justly so.
Posted by MadMonarchist at 7:05 AM