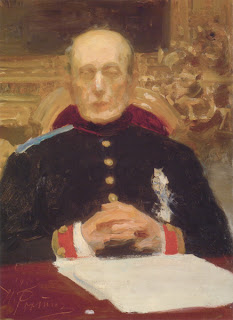 In Eastern Europe, prior to the arrival of the Bolsheviks, monarchism was so accepted, so bound up with the Orthodox faith and simply seen as so self-evident in its status as the best basis for government, that relatively fewer, compared to the west, saw it necessary to defend or explain in a comprehensive way. However, one man who did just that was the great Russian monarchist Konstantin Pobedonostsev. He was born on May 21, 1827 into an educated family and when still barely a teenager his literary professor father sent him to a school in St Petersburg to prepare him for the civil service. He quickly proved himself to have a brilliant legal mind and he earned rapid promotion. This gave him an intricate working knowledge of both the Imperial Russian legal system and the rather complex Russian bureaucracy. He soon became so renowned for his firm grasp of the law and the workings of government that he was being asked to lecture at Moscow State University.

A renowned lecturer while still working for the civil service, in 1860 he was formally made a law professor at the university. However, he was unable to hold that position for too long as his reputation had become so great that Tsar Alexander II appointed him tutor to his son and heir on the subjects of law and statecraft. Even after the death of the heir-to-the-throne, Pobedonostsev was retained by the Tsar to instruct his second son, the future Tsar Alexander III, in these same subjects. Pobedonostsev moved to St Petersburg because of this work and became a very familiar face among the Russian Imperial Family and had a very close relationship with his pupil and future Tsar who held his teacher in high esteem and great respect. His guidance was undoubtedly an influence on Tsar Alexander III and his strong, paternal leadership of Russia during his reign. Pobedonostsev continued to rise in important positions, in 1868 he was appointed to the Russian Senate (mostly a judicial body) and in 1874 was given a place on the Council of the Empire which served to advise the Tsar on important legal or legislative matters and included representatives from across Russian society. In 1880 he was given his highest position, that of Chief Procurator of the Holy Synod of the Russian Orthodox Church.

It is hard to imagine anyone being more prefect for the job of Chief Procurator than Konstantin Pobedonostsev. He was a devout Orthodox Christian and had a clear understanding of the essential cooperation between the Church and the monarchy and the vital, central place of the Church in the Russian Empire, on every level of society. His contribution to the Russian legal system was extensive but he is best remembered for his views on the monarchy and, most importantly, the emphasis on Russia as an Orthodox monarchy. This is partly due, it must be said, because his thoughts and writings on political matters drew much more attention and condemnation from leftists and revolutionaries than did his extensive work on legal matters. For anyone fond of the idea of faith-based, Christian absolute monarchy, the works of Pobedonostsev are hard to beat. In fact, he was probably the most brilliant theoretician to defend absolute monarchy to have lived into the Twentieth Century. Many in the west may not be aware of him or his work, but he is a find and well worth reading given how few other people there were, at the time, standing up and making the case that he did. 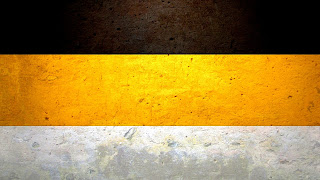 As a word of warning to western readers I will say that Pobedonostsev did not have a very favorable view of the west and was not bashful about saying so. However, before anyone gets too upset, just consider things from the Russian point of view. Think about the things that even many western monarchists cringe at such as the “Enlightenment” (so-called), the French Revolution, the spread of liberal democracy, constitutional government, the separation of Church and State and so on and so forth. All of these things did originate in the west and all of them had or led to things that had disastrous results for Russia (and, many would argue, the west as well). Pobedonostsev was an authentic statesman, not a blindly Slavophile nationalist, but a man who put the interests of his country, that being his Tsar and his people, first; which is as it should be. He also recognized, and famously impressed on Alexander III, that Russia was not a “European” country, certainly not a western one, and even things that might work in the west would not work in Russia. Surely in this most can agree that subsequent history has proven Pobedonostsev absolutely correct.

Faith was the foundation of the political views and the general world view of Pobedonostsev. He despised any sort of democracy, not out of any contempt for ‘the common man’ but because of the nature of man. He reasoned that, due to original sin, man is inherently sinful and inclined to do wrong. Therefore, it would be absurd to vest political power in every individual based on the whims of popularity. He viewed, quite correctly, the liberal political innovations of the west as being man-focused instead of God-focused. True authority came from God, preserved by the Orthodox Church and enacted by the Tsar. Therefore, as he once told Alexander III, it would be unthinkable for the Tsar to give up power or share that power with others in a system of representative government as this would be shirking the duty God entrusted to him. It was also because of his deep Orthodox convictions that he opposed anything other than religious education. A Christian state would recognize that Christ is “the Truth” and would, therefore, necessarily want to make “the Truth” the heart and center of the educational system. Anything less would be to deny the truth of Christianity or, at the very least, betray a fundamental loss of faith. 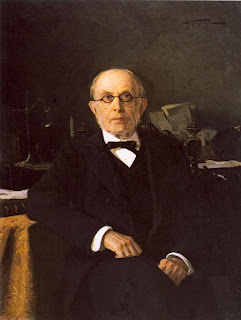 It was also for this reason that Pobedonostsev was very much in accord with what had been the motto, so to speak, of Tsar Nicholas I: Orthodoxy, Autocracy and Nationality. This is nothing that should be seen as radical, even though few contemporaries were making the same argument elsewhere. Russia was an absolute, Orthodox monarchy and it seemed not at all unreasonable but perfectly natural for Pobedonostsev to emphasis Russia being Russian, being strongly Orthodox and maintaining the autocracy. This has, however, been used, and was at the time, as tool with which to criticize Pobedonostsev for encouraging religious intolerance. However, religious tolerance was simply not what he was about. His views were firm and strongly held. The Orthodox faith was true and therefore anything else was necessarily in error, therefore harmful and therefore, frankly, something which should not be tolerated or at least certainly not encouraged.

Pobedonostsev, by his ardent support for the Church and the autocracy and opposition to a constitution or any sort of democracy or representative government managed to make himself fairly unpopular toward the end of his life but, in this, he was at least in good company. The socialists and revolutionaries rightly saw him as their arch-enemy and tried on at least one occasion to assassinate him. His influence also declined with the accession of Tsar Nicholas II who, despite what many think of him, was much less willing to take as great a ‘hard-line’ approach as Pobedonostsev. The great statesman retired after the disastrous war with Japan and died on March 23, 1907. Had he lived longer he would have seen Russia enact many of the changes he had warned against and then finally fall prey to exactly the fate he had predicted in such an event. Few men of so relatively recent a time managed to make themselves more despised by all the right sort of people a loyal monarchist should wished to be despised by than Pobedonostsev. However, despite how unpopular his positions may be today, he was proven correct too often to simply ignore and his writings, particularly his “Reflections of a Russian Statesman” should be required reading for all monarchists and Orthodox monarchists particularly. He was, from first to last, a most gifted and eloquent defender of “unshakable autocracy”.
Posted by MadMonarchist at 12:16 AM