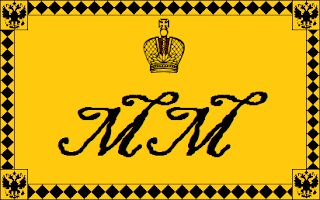 This week we have a theme most are familiar with but which many still take for granted or shrug off: royals doing good. For a change, let’s start in the heart of the British Commonwealth. The BBC ran a documentary on HRH Prince Harry and his trek to the North Pole with four fellow veterans of the war in Afghanistan, all of them men who had been wounded and two of whom had lost limbs in the fighting there. The show was called “Harry’s Arctic Heroes” and the expedition was held to support wounded British veterans of the Afghan conflict, a cause obviously close to Prince Harry’s heart. Prince Harry was also front and center at the awards for Wellchild, a charity of which he is patron, in which children are recognized for helping others or enduring hardship with a smile. It happened that the ceremony fell on the anniversary of the death of Prince Harry’s mother Diana. Prince Harry handed out the prizes and met with the winners which included a 6-year old girl who has cared for her older sister, age 8, who suffered a brain hemorrhage which left her mute and paralyzed. Another was a little boy who lost his hands and feet to meningitis and a 5-year old who managed to find a way to communicate despite being silenced by cerebral palsy.

On the Scandinavian front, HRH Crown Princess Mary of Denmark has been spreading smiles amidst the suffering in East Africa and providing a great deal of real assistance along the way. Dropping plans at home she traveled to Kenya to visit a refugee camp set up for victims of the famine in Somalia to bring world attention to their plight. TRH Prince Alwaleed bin Talal and Princess Ameerah of Saudi Arabia also visited Somalia and promised that help would be forthcoming from their country. But, back to the Crown Princess of Denmark, continuing on her way, she met many locals in the (former) Empire of Ethiopia and through her charity, “The Mary Foundation” donated 200,000 Danish Kroner to help the people there. Meanwhile, on Thursday, HRH Crown Prince Frederick seemed pleased as punch to be opening a new Wastewater (SSI) Sludge Incinerator Plant in Copenhagen. Perhaps not the most glamorous royal occasion but the Prince did not take in lightly, pointing out the benefits of the planet which, as he said, is energy efficient and environmentally friendly.

In Norway the Royal Family was out in force to welcome the President and First Lady of the Republic of South Africa on Wednesday who made a formal state visit to the Nordic kingdom. In Sweden, Prince Carl-Phillip attended the premier of a new film highlighting a group of Holocaust survivors who were rescued by the Red Cross and brought to Sweden. On Tuesday evening the Swedish King, Queen, Crown Princess Victoria and Prince Daniel were on hand for the presentation of the Polar Music Prize. Showing their usual range, Patti Smith and the classical group Kronos Quartet were honored and took home about a million kroner worth of prize money before performing for the audience. King Carl XVI Gustaf presented the prizes himself which are called by some the ‘Nobel Prize of Music’.

In the Low Countries, on Tuesday HRH Crown Princess Maxima of the Netherlands opened “Orange House” for women and children who are victims of domestic abuse. Princess Laurentien has been going around the world to promote the Netherlands and a cause very dear to her; literacy. This week she has been attending the International Book Fair in Peking, the largest in the world, where the Netherlands was singled out for special recognition. In neighboring Belgium, Crown Prince Philippe and Crown Princess Mathilde took their children to their first day of school for this year on Thursday. All were included this time around from Princess Elisabeth who is entering the 5th grade to little Princess Eleonore who is starting her first year of kindergarten.

And in southern Europe, HM King Juan Carlos I of Spain is set to have surgery on his left foot next week for some minor repairs to his Achilles tendon. His Majesty previously had knee surgery in June, which caused a little minor alarm over the health of the Spanish king. Whether this will happen again remains to be seen. The procedure is described as minor but will entail a period of recovery and therapy during which time the King will not be able to get around very well. Queen Sofia firmly dismissed any talk, passed around after surgery last year to remove a lung tumor, about abdication but lately the King has been cutting down on his official duties, leaving more for the Prince of the Asturias to do on his behalf. And also in the Mediterranean area, and keeping with the theme of royals helping ohers, the Monaco-Matin newspaper ran a story on the new Princess Charlene of Monaco, highlighting her work for The Giving Trust Organization in South Africa, the Special Olympics and mentioning a new foundation all her own that will be going public soon.

And we’ve had some birthdays this week. On Tuesday HM Queen Anne-Marie of Greece celebrated her 65th birthday in London with the King and her family and, if I may add, she still looks great at 65. And on Wednesday HM Queen Rania of Jordan, who of course looks great too, turned 41 years old. Hard to believe isn’t it? And harder still to tell just by looking. Also, in Denmark, Prince Nikolai, eldest son of Prince Joachim by his first wife, the Countess of Frederiksborg, celebrated his 12th birthday on Sunday with most of the Danish Royal Family. The Mad Monarchist wishes them all a happy birthday and many more to come. And in a similar vein, this weekend there will also be a number of celebrations in the (former) Kingdom of Hawaii to mark the birthday of their last Queen, Liliuokalani, who was born on September 2, 1838.
Posted by MadMonarchist at 2:36 AM