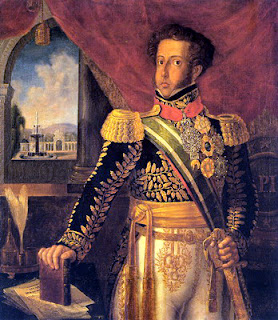 The story of the first Emperor of Brazil is rather unique amongst those of other founding monarchs. Born under one flag, leader of what was effectively a secessionist movement against his own country, monarch of that, then foreign, country and finally monarch of the country he started out in to begin with. A unique story to say the least, but regardless of the various politicians that are held up today, let there be no misunderstanding that what we know as Brazil would not exist without the man who became the first of her two emperors. He was born on October 12, 1798 in Lisbon, first city of the Kingdom of Portugal, a country which had fallen on hard times but which still possessed an impressive global empire (the first in the world as we know). He was born Dom Pedro de Alcântara Francisco António João Carlos Xavier de Paula Miguel Rafael Joaquim José Gonzaga Pascoal Cipriano Serafim of the House of Braganza. His father was the regent of Portugal, due to become King João VI of Portugal and his mother was the Infanta Carlota Joaquina, daughter of His Catholic Majesty King Carlos IV of Spain. His father ruled as regent on behalf of little Pedro’s grandmother (one of my favorites) the very pious and seemingly quite mad Queen Maria I of Portugal. Pedro was not the first born son but became heir upon the early death of his older brother. 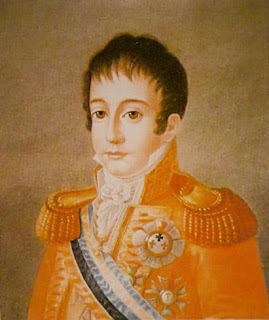 Dom Pedro did not see much of his parents as a child, which was normal for the time and place, and he was only nine when, in 1807, the Portuguese Royal Family was forced to flee the country ahead of the invading French army of Napoleon. The French marched into Lisbon just in time to see them sailing away, bound for the largest and most prized Portuguese colony: Brazil. Being so young when he arrived in Rio de Janeiro it was, perhaps, inevitable that Dom Pedro would be more influenced by the people and atmosphere of Brazil than any other. In fact, it could be argued that, despite the place of his birth, he was a more a product of Brazil than he was of Portugal. While Brazil became a co-kingdom and Rio de Janeiro was elevated to the status of capital of the Portuguese colonial empire due to the presence of the Royal Family and the occupation of Portugal, young Dom Pedro spent his days exploring his new environment, soaking up the local culture, playing with the other children he met and coming to understand their ways until he considered himself one of them. Some have made snide remarks about the detriment this was to his formal education (his parents obviously had other, pressing matters to deal with) but, in a way, associating with what we might call ’street urchins’ gave Pedro a unique perspective on life. His playmates would take him to their homes, where the people, ignorant of who he was, welcomed him with the casual friendliness Brazil has long been known for, and he was able to observe and learn things he never could from a book.

As he grew up, Dom Pedro was known for his military flair, love of horses, music, art and poetry. He was also fond of the ladies though his adventures in this area have, perhaps, been overblown. In 1817, in the usual effort at a royal alliance, he was married to HIH Archduchess Maria Leopoldina of Austria, daughter of the Holy Roman Emperor Francis II. As an arranged marriage, Pedro was never quite so fond of his wife as she was of him but that is not to say he was not fond of her. She was always a trusted and respected confidant and she was much loved by the common people and, like her husband, came to adore the people of Brazil and considered herself finally to be a Brazilian above all. Finally, in 1821, with Napoleon safely defeated and hauled off to exile, King João VI returned to Portugal, leaving Dom Pedro as regent in Rio de Janeiro. However, having tasted ‘first place’ the Brazilians were rather hesitant to return to the subordinate status of a colony. Revolution was spreading across Latin America and it was also in 1821 that Mexico became independent after the King of Spain had refused to consider independence in a personal union. 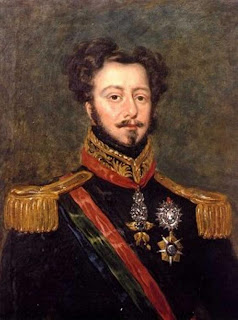 Seeing Brazilian independence as all but inevitable, it was actually King João VI who advised his son to take the lead in that direction. After all, it would be better for Brazil to become an independent monarchy, staying within the family of the House of Braganza, that to fall victim to some revolutionary dictator. When political troubles arose in Portugal Dom Pedro famously refused to return to the land of his birth and accepted leadership of the independence faction in Brazil. On his birthday, October 12, 1822, he was formally declared Emperor Pedro I of Brazil and on December 1 celebrated his formal coronation as the first Emperor of Brazil. In the establishment of the new country, Emperor Pedro I was somewhat torn between his own liberal personality and the need for strong monarchial leadership to hold the country together and maintain order in the face of extremists from both sides of the political spectrum. In the end, it took stern measures and a more authoritative role than Pedro was comfortable with, to produce the constitution which served throughout the life of the Brazilian Empire. Dom Pedro I was also influenced in this direction by the fate of other countries in South America which were, from the very start, torn by rebellions and civil wars that prevented almost any social stability to say nothing of advancement or strides toward greatness.

There were still problems with rebels and dissidents, but Pedro I was able to prevail against them and further consolidated his position by seeking foreign recognition which came first from the United States (which was always eager to see ties severed between European kingdoms and their American colonies) but also, significantly, from the United Kingdom of Great Britain and Ireland which proved to be a valuable support and trading partner for the new Empire of Brazil. This, however, did anger some Brazilian merchants as did the call by Emperor Pedro I to abolish slavery within three years. Many elites began to oppose the Emperor in the north and in the south there was a costly war with Argentina which resulted in the creation of the Republic of Uruguay. National morale was lowered further with the death of Empress Maria Leopoldina in 1826. Because she was so popular, republican enemies of the Emperor tried to blame Dom Pedro for her death in very ugly and outrageously false propaganda pamphlets they circulated. In March of that same year, King João VI died which made the Emperor of Brazil simultaneously King Pedro IV of Portugal. A couple of months later he abdicated in favor of his young daughter, Queen Maria II, and appointed Dom Miguel regent on the agreement that the two would eventually marry. 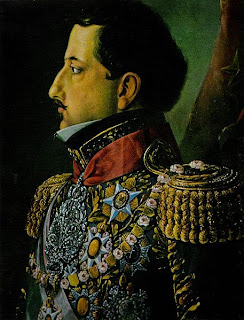 However, Dom Miguel claimed his brother had no right to the throne of Portugal for having broken from the mother country and he deposed his niece and proclaimed himself King. Emperor Pedro had earlier put forward a more liberal constitution for Portugal and this add to the civil war as liberals embraced the cause of the little Queen Maria II and conservatives pledged allegiance to Dom Miguel. So it was that, aside from governing Brazil, Emperor Pedro I had to take in hand the issue of getting his daughter restored to the Portuguese throne. Naturally, his enemies in Brazil used this against him as well. Still, the Emperor pressed ahead and in 1829 married Princess Amélie de Beauharnais von Leuchtenberg, granddaughter of the late French Empress Josephine. Pedro I tried to keep a hold on things in Brazil while pressing forward with the fight against his brother on behalf of his daughter but growing economic hardship and increasingly anti-Portuguese feelings finally forced the Emperor to make a choice. With even his support amongst the army wavering he felt he had no choice and on April 7, 1831 he abdicated in favor of his 5-year-old son who became Emperor Pedro II of Brazil. Reverting to the title of Duke of Braganza, Dom Pedro returned to Portugal to devote his entire focus to defeating his brother.

In the war, Dom Pedro proved victorious and was supported by Britain and France which viewed the civil war in Portugal in the same light as that of the Carlist war in Spain, agreeing to banish both the Portuguese Dom Miguel and the Spanish Don Carlos. Dom Miguel was finally defeated and forced to capitulate, which he did, renouncing his rights to the Portuguese throne and accepting exile. Dom Pedro had, at long last, prevailed and his daughter Maria II was formally restored as Queen of Portugal. However, he did not live long to savor his victory as his life was cut short at the young age of 35 when, at the very palace he was born in, Dom Pedro, the first Emperor of Brazil and, for a short time, King of Portugal, died of tuberculosis on September 24, 1834. It was not until 1972 that his remains were finally returned to the country he most felt his own and interred at the Museu Paulista in São Paulo, Brazil near where he had first declared the independence of the Brazilian Empire.
Posted by MadMonarchist at 9:26 AM