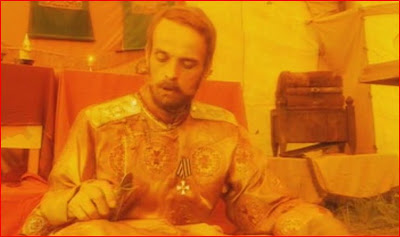 Sorry folks, but I must move away from the standard fare and vent a little on the current state of politics in the USA. As those who follow along will know the GOP recently came out with their “pledge” covering all the things they promise, promise, pinky-swear to do if they are elected to power in the upcoming congressional elections. Most expect that the Republicans will gain seats and the Democrats will lose them, many think the Republicans will take control of the House and a few think even a GOP-majority Senate is a possibility. Forgive me if I do not wet myself with excitement. As anyone who has read this weblog for any length of time will know, I positively despise the liberal-revolutionary-pinko-commie regime of Barack Hussein Obama, Senate leader Dirty Harry and Speaker Pelosi who is still upset that someone dropped a house on her sister. I would love for anyone, even the tan wonder, to send her packing and nothing would please me more than to never have to hear the sickening, oily voice of Dirty Harry ever again.

All that being said, I am still feeling the pain from being burned by the GOP under Bush. Here was a guy who had been almost ideal as Governor of Texas; he had done virtually nothing -always a good thing. He runs for office promising to be a Reagan conservative, a small government politician who would cut spending, give tax refunds and would not police the world. As we know, he then went on to grow government more than any president since FDR, spent more money than any of his predecessors and still more less acted like he was trying to police the world. Now the GOP has their new agenda out which promises to cut spending back to “2008 levels”. Oh, excuse me while I swoon with gratitude. In case no one noticed the spending levels of 2008 are a big part of our problem. Bush was no fiscal conservative, he spent money more lavishly than any president before him not to be outdone until the current regime surpassed even his record of financial stupidity. They could change their ways of course, but the chances of that are slim to none and slim just left town.

I know that the GOP talking point on the subject is that they have learned their lesson. Well, frankly, I do not believe them. Their actions have done nothing to inspire me with confidence that they had a collective ‘come to Jesus’ moment. On the contrary, the actions of the GOP elite in the numerous primaries around the country have given me the distinct impression that they still care more about the Republican Party and their own interests rather than those of the country. I just do not believe them. Republicans always get more conservative around election time. Which is of course not to say that the Democrats are to be preferred (I will be properly thrilled to see them go) but like politicians the world over we see in America two parties paying lip service to their respective sides only to be ruled by an elite that seems to differ only in the degree to which they pursue virtually the same agenda. The modern world may crow that monarchy and aristocracy has been left behind but, as the GOP primaries show, there is still very much a ruling class and a ruled class and the likes of Karl Rove and Newt Gingrich get very upset when voters, even their own voters, defy them. The Democrats are the same, perhaps even more open about it, as is seen by their use of “super delegates” to ensure the continuity of the ruling class at election time when the regular delegates fail to make the ‘proper’ choice.

All of this has left me more apathetic about mainstream politics than I have probably ever been, though, again, that does not mean my views on the subject are not adamant and strongly held. In Texas, we are on the verge of reelecting a Governor who has held office longer than any other in history being challenged by a Democrat desperately trying to seem as conservative as possible. He is, of course, being completely dishonest. The Governor is likewise dishonest as he promises to get the “important” work done that seems to have slipped his mind during his better than a decade in office. When he was running in the primary he was an ultra-Republican talking about state sovereignty, nullification and even hinting of threats of secession. Now both candidates oppose stricter immigration enforcement even though most Texans support it and both oppose ending birthright citizenship even though polls show most Texans support it (not that one state no matter how large could accomplish that). It all serves to remind me of how much I despise party politics and especially politicians, why absolute monarchies of those dark, feudal days of the past seem so romantic to me and why I remain … The Mad Monarchist.
Posted by MadMonarchist at 1:28 AM