It seems amazing how many people around the world have heard of the Kingdom of Swaziland. The fact that so many have heard of this extremely small, African country which, honestly, is rather insignificant even in African or sub-Saharan African affairs much less the grand stage of the world would, one might assume, be considered rather odd. What is unfortunate is that very few people who have ever heard of the Kingdom of Swaziland have ever heard about in anything other than in a negative light, particularly in regards to her current monarch King Mswati III. Now, here at the outset, I have to make a confession. King Mswati III, amongst the currently reigning monarchs of the world, is one that I have very, very little time for. He has certainly given the world and his own people plenty of reasons to dislike him. Amongst the monarchs of the world he is a very hard one to defend. In fact, many monarchists might hold particular anger against him for making their job more difficult than it already is because his behavior has been exactly the sort that republicans have been seizing on for centuries to stir up outrage and hostility against traditional authority all over the world. However, a monarch can be less than ideal and still be treated unfairly and more than the King being treated unfairly, it seems to me that the Kingdom of Swaziland itself is, and has been for some time, treated quite unfairly. Allow me to explain. 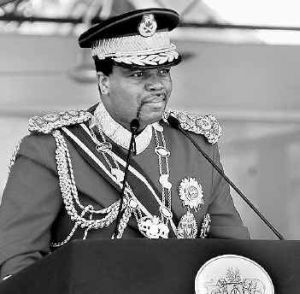 The King of Swaziland has been frequently featured in the media, always portrayed negatively, for his numerous wives, particularly his treatment of them with stories of three wives having fled, accusations of abuse and at least one story of a girl being kidnapped to become a royal wife. Those are usually the biggest headline-grabbers when it comes to Swaziland but there have also been plenty of stories criticizing the King for living a lavish lifestyle while most of his people live in poverty and for various human rights abuses, generally revolving around the fact that the King of Swaziland is an absolute monarch and that democracy and political parties are suppressed in the country. That is probably the issue that should be looked at first because many if not most of the stories and accusations about the King being such a cruel tyrant come from outlawed political organizations which are probably not the most unbiased sources of information regarding the King and what goes on in the very removed and secretive royal household. There is, in fact, more than just a hint of bias and prejudice when it comes to world media attention on the King and Kingdom of Swaziland. It makes it no less unfair to consider that things would probably be worse under different circumstances.

To begin, it seems rather suspect that Swaziland is singled out for being un-democratic. There are, just to remind everyone, only three independent monarchies in the whole of Africa (Morocco, Swaziland and Lesotho) and all three have been subject to a level of scrutiny that not many others receive. Yes, Swaziland is an absolute monarchy, there is no democracy and no political freedom in the sense that most people in the world understand the concept. However, there are plenty of other countries (republics) all throughout Africa that are undemocratic but which are simply not prepared to openly admit the fact. You cannot tell me that in the whole continent of Africa that the people of Swaziland are the only people being denied free and democratic multi-party representative government. Perhaps I am a little swayed by the fact that so many republican dictators tend to be embraced one minute and condemned the next by the leftist, mainstream media of the world. In 2011 U.S. Vice-President Joe Biden said that President Hosni Mubarak of Egypt was “not a dictator” only for the U.S. to later support his overthrow on the grounds that he was a dictator. His elected successor was later also labeled as a dictator (despite the democracy part) and the military taking control of the country was cheered. In the nearby republic of South Africa there are elections and representative government yet the same political party has held power since 1994 and no one seems the least bit troubled by that astounding record of electoral success, even as the overall condition of the country has deteriorated rapidly. 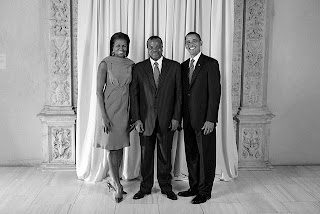 Even if we limit our view only to sub-Saharan Africa; does anyone honestly believe that the King of Swaziland is the only one ruling without a popular mandate or who is living too grand a lifestyle compared to the vast majority of his people? Why then is he so often singled out alone for condemnation? Likewise, many of the same people who are quick to criticize Swaziland are the same people who are quick to (whether genuinely or not) moan and groan about Western or European colonialism and cultural imperialism. They show how false they are when it comes to Swaziland because the King is doing no more than ruling in the same fashion and with the same powers as his ancestors have always done. Why did it only recently become a bad thing? Why is he being condemned for continuing to have the powers that Swazi kings have always had rather than embracing a totally foreign political model and system of government? Under colonial rule there had been a move toward constitutional monarchy, but after independence the father of King Mswati III decided to go back to the old way of doing things. These people might also try to look around at the situation the Kingdom of Swaziland finds itself and consider that maybe, just maybe, an absolute monarchy is necessary.

The only other independent monarchy in the neighborhood of Swaziland is the little Kingdom of Lesotho. There, things are rather different. The King, Letsie III, is a British-education Roman Catholic who is quite popular and who is known for staying out of politics even when his people have wished him to intervene. He likes ranching and classical music and he and his (one) wife have charitable foundations to help their people who, though poor, have a literacy rate of over 80% even though education is not universal, a literacy rate higher for females rather than males. Oddly enough, you never seem to hear much about King Letsie III in the international news media. However, despite being a constitutional monarchy with a largely ceremonial sovereign, Lesotho is not without problems. In the recent past the country was troubled with a military that kept taking over the country and even though things have been calmer lately, just like Swaziland poverty remains a pervasive problem and the AIDS epidemic is disastrous. Another problem, which Swaziland does not have, is that some people in Lesotho are using their political freedom to call for the end of their country altogether, campaigning for it to be annexed to the South African republic. Perhaps, in holding on to absolute power, the King of Swaziland is trying to avoid military coups or the total loss of the independence of his country at the hands of political interference from outside her borders? It is a thought that might at least be considered. 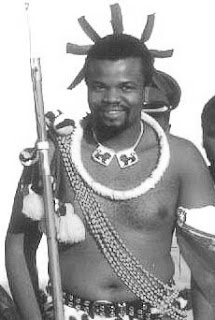 We can also see, by comparing Swaziland and Lesotho, that being a constitutional monarchy or an absolute monarchy does not seem to be the decisive factor in fighting poverty or AIDS. It surely does not help, in practical terms or simply in “image management” that the Swazi King lives such a lavish lifestyle but, honestly, even if he did not, his country would be no richer and AIDS would be no less a problem. Plenty of other countries in the region are dealing with the exact same conditions and problems of Swaziland and yet, their republican dictators and politicians never seem to be held up for the same level of criticism and condemnation as the King of Swaziland. For one example, one need look no further than the republican tyrant Robert Mugabe to see a leader who lives in luxury while his people live in poverty and who has done actual harm to far more people within the borders of his country than King Mswati III ever has. Even the worst enemies of the King of Swaziland have so far managed to accuse him of doing actual harm to no one but his wives and even those stories, after time, have started to look rather suspect. After all, the same pro-democracy groups that come forward with these horror stories of royal wives being abused and treated like prisoners are the same ones complaining that the King and his wives and children are all living lavish, luxurious lifestyles, oblivious to the suffering around them. Well, one would be tempted to ask these people to get their stories straight as far as the royal wives are concerned; are they poor, pitiful prisoners or wealthy, pampered snobs being waited on hand-and-foot? Surely they cannot have it both ways.

Again, there are certainly many things in Swaziland that need to be improved and there is much about the King that I wish was different. However, it is still wrong for the country to be held to a different standard to the many republics of the region where things are just as bad and often much worse. There is plenty of room for just criticism but it is also blatantly obvious that the ruler of Swaziland is being singled out both for being a monarch and for being an absolute monarch because there are numerous other national leaders who are far, far worse who are seldom criticized. In fact, when someone does venture to criticize some of those republican leaders of failed or failing countries, they are often met with a backlash from the very same leftist media that is always so quick to point fingers at the King of Swaziland. I hope I have been clear that I am no fan of his, but fair is fair and he should not be treated worse just because he is a monarch.
Posted by MadMonarchist at 5:18 AM