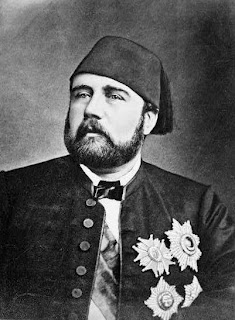 Ismail Pasha may not have been the most successful Egyptian monarch in history but it certainly was not for lack of trying. His reign was a period of great aspirations, big ideas and grand ambition. His goals were not always reached but he cannot be faulted for thinking small. Ismail Pasha did his best to usher in a new era of power and prestige for Egypt and even hoped to make Egypt a great power again, at least on the regional level. Out with the old and in with the new might have been his motto, modernization, development and expansion were his hopes. Ismail Pasha was born on December 31, 1830 at the Al Musafir Khana Palace in Cairo, the second of the three sons of Ibrahim Pasha, the grandson of the Albanian general Muhammad Ali who was the founder of the Egyptian royal dynasty. His mother was Hoshiar, third wife of Ibrahim Pasha who was said to have been the sister-in-law of the Ottoman Sultan Mahmud II. Ibrahim Pasha was a celebrated national hero in Egypt for his many remarkable military victories and his role, under his father Muhammad Ali, in extending Egyptian rule over a wider area from Syria to Crete. Ibrahim Pasha had also traveled in Europe and during some of his campaigns had a French officer as his chief aide. As such, it is not surprising that he gave his son Ismail a more European education. 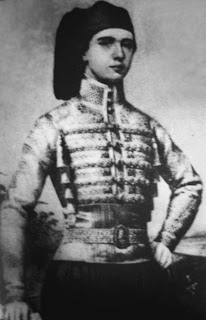 From an early age it was impressed on Ismail Pasha that Egypt would have to embrace new ideas, learn new methods of addressing old problems and adopt at least some of the knowledge of Europe if the country was to thrive and prosper. That being so, Ismail was sent to France for his higher education, attending the Ecole d’etat-major in Paris. After finishing his education he returned to Egypt and, following the death of his elder brother by drowning, became heir to the throne of his uncle Muhammad Said Pasha. It was Said of Egypt who built the first railroad in Egypt and who sent a battalion of Sudanese troops to aid the embattled Emperor Maximilian of Mexico at the request of the French. Ismail, however, was kept busy as an envoy representing Egypt in foreign courts such as to the Emperor Napoleon III in Paris, the Pope in Rome and the Sultan in Constantinople. He was not without accomplishment in his native lands though as in 1861 his uncle entrusted him with the command of a column of 18,000 troops sent to put down an uprising in the Sudan. He was then quite accomplished in diplomacy and military affairs when he succeeded his uncle on the Egyptian throne on January 19, 1863.

One of his accomplishments (though it took some time) was to obtain Ottoman recognition of his title as Khedive of Egypt. He and his predecessors had used the title for some time in Egypt but the Ottoman Sultan still only recognized them as basically provincial governors. However, Egypt was already effectively independent of Turkish rule but there was still a desire to maintain titular links to the Ottoman Empire and of course the religious links with the Sultan who was the Caliph of Islam. In 1867, in return for greater tribute payments, the Sultan finally recognized Ismail Pasha as Khedive of Egypt. Further, the Sultan authorized a change in the rules of succession to allow the throne to pass from father to son rather than brother to brother which Khedive Ismail hoped would bring greater stability to the country. In 1873 the Ottoman Sultan also recognized the full autonomy of Egypt from the government in Constantinople, giving official sanction to what had already been the actual state of affairs for some time. From a distance, it may seem rather trivial but these were important steps in maintaining peace between Ottoman Turkey and Egypt, achieving all but a recognition of Egyptian independence on the part of Turkey while maintaining the country as a nominal part of the wider Ottoman Empire. This recognition also helped Egypt in diplomacy with other foreign powers. 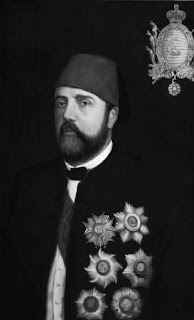 All of this was also part of an overall agenda by Khedive Ismail to bring Egypt more ’up to date’ as it were. He was determined to see Egypt restored to some of her old, former glory as a modern, advanced and prosperous country. If possible, he also wished to see Egypt become a significant regional power. The Khedive launched a massive and ambitious program to build up the infrastructure of Egypt, improving internal communications, promoting business and commerce as well as giving patronage to the arts. Egypt obtained its first theatre and opera, new industries sprang up, cities were expanded, ports improved, palaces were built and railroad construction expanded at a feverish pace. In 1866 the Khedive established the first representative body in the history of Egyptian government; an advisor body of local leaders from across the country which, not surprisingly, over time began to take on more and more the look of a national parliament. He also tried to improve the public image of Egypt around the world by cracking down on the slave trade that was still going on, particularly in southern Sudan. Business was booming in Egypt thanks to all these changes and foreign investment increased considerably. In less than ten years on the throne Khedive Ismail had brought about remarkable and beneficial progress in Egypt. With the domestic front doing so well, the Khedive began to turn his attention to foreign relations and international achievements.

The new industries growing up in Egypt brought with them a need for natural resources and this, combined with a desire to assert regional supremacy and gain greater respect on the world stage, prompted Khedive Ismail to embark on a campaign of expansion to the south. His goal was to extend Egyptian control up the entire length of the Nile and to dominate the entire Red Sea coast. Many of these areas had, in the past, been claimed by the Ottoman Empire at the height of Turkish expansion and, as Egypt was still nominally part of the Ottoman Empire, this gave Egypt at least some grounds for moving south. In preparation, the Khedive had also endeavored to build up the Egyptian army and hire veteran soldiers from foreign countries to modernize the military. Many of those who were brought in were Americans fresh from the Civil War. General Thaddeus P. Mott, a veteran of the Union army and numerous conflicts around the world, gained rank in the Ottoman army and was enlisted by Khedive Ismail to recruit American military experts for service in Egypt. A number of officers were enlisted with recommendations from none other than Union General William T. Sherman and those Americans (from both Union and Confederate armies) included such men as Generals Charles P. Stone (another Union army veteran) and Henry H. Sibley and William W. Loring (former Confederate generals). Coastal defenses and the artillery were improved a great deal. 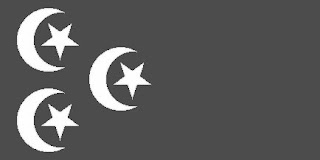 The Egyptian forces pushed south, annexing what is today the southern Sudan, and in 1875 marched into territory claimed by the “King of Kings” of Ethiopia. One of the Americans, General William L. Loring, had been promised command of this expedition but, unfortunately, the position went to Ratib Pasha who had previously been the slave of the former viceroy of Egypt and who had relatively little military experience. The result was disorganized and badly coordinated advance that met with a crushing defeat at the hands of Emperor Yohannes IV of Ethiopia. Initial setbacks were hushed up but a second effort met with a similar fate. The Egyptians who had marched into disaster blamed the Americans the Khedive had imported and most were sent home though in large part due to the great expense of the war and the fact that the Khedive needed to cut costs to make up for this. It was an embarrassing ordeal but proved to be only one dark spot on an otherwise glorious reign. 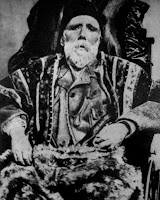 He impressed foreign monarchs, saw the completion of the Suez Canal and made Egypt a focus of world attention. Unfortunately, his ambitious programs of modernization, rejuvenation, industrialization and expansion all put Egypt heavily in debt. This gave foreign powers an excuse to intervene in Egyptian politics and, at the end of his life, Khedive Ismail was forced to effectively become a constitutional monarch. Most of the effects of this were to be felt by his successors. The monarch known as Khedive Ismail the Magnificent died on March 2, 1895 and was buried in Cairo. Even after the downfall of the Egyptian monarchy and a great deal of negative and unfair coverage, he remains one of the most admired Egyptian royals of the Muhammad Ali dynasty.
Posted by MadMonarchist at 12:13 AM