Talking Politics: Japan, Mr. Aso and Who is the Real Threat 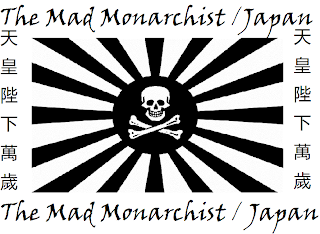 Recently, Japanese Finance Minister Aso made some poorly chosen remarks about the need for constitutional reform and rearmament in Japan. There was really nothing at all wrong with what he said, but it was poorly chosen because he should have known that you cannot bring up the name of Adolf Hitler unless you are making a blatant, unequivocal condemnation or comparing a political opponent to the late dictator (I think that’s how it works, but it has to be a conservative). What Minister Aso was talking about was pointing to the example of what Hitler did in Germany in going about changing the constitution and rebuilding the German military. He should have known to stay away from such a comparison because it should be expected that people are going to freak out all over the world (especially in the west) anytime Hitler or the Nazis are mentioned. However, there really was nothing wrong with what he said. He was actually saying that Japan should learn from the example of Hitler about how NOT to change your constitution, but that they should do the opposite, being open and honest about the entire process. However, that fact, the entire point of what he was saying, has been completely ignored by the leftist media that not only goes hysterical anytime Hitler or the Nazis are mentioned by someone other than a communist but which also has a blatant prejudice against Japan and in particular those Japanese who want to strengthen their country and stand up to the aggression of their republican neighbors (mostly Red China and North Korea). 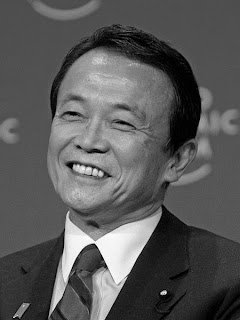 Minister Aso has withdrawn his statement but he has refused to resign from office and the Abe government has said he will not be dismissed from his post. That is all well and good because the man said nothing outrageous at all, the only mistake was in not realizing what a tremendous double standard exists when it comes to Japan (the only remaining monarchy in northeast Asia by the way). As usual, much of the phony outrage over this statement has come from Communist China. You know, that country that still hero-worships Chairman Mao Zedong who actually killed way more people than Hitler and the Nazis did and gets really touchy anytime any foreign country criticizes them for how they do things in their country. The Chinese communists and their bandit government in Peking is, of course, not really upset at what the Japanese Finance Minister said, they could care less, but they are really upset about the idea of constitutional reform in Japan because the last thing they want is to see Japan strengthen itself. It is also convenient to make trouble with Japan anytime the communist dictator of China needs to provide a distraction to the Chinese peasants who occasionally become angry that their Maoist dictatorship has not provided the heaven-on-earth they were promised. Sure, the sons of the Communist Party bosses are all multi-millionaires now, but most Chinese are still as poor as they have ever been.

Because of this, on every occasion like this, the Chinese communists can be counted on to bring up World War II. Part of this is because they are still bitter about the fact that their legitimate Emperor was restored to his ancestral throne for a while and because they were never able to defeat the Japanese on their own. However, it is also to provide a rallying point for their own people and to try to sway world opinion against Japan and in favor of mainland communist China. What is alarming is how successful they have been at this and how many useful idiots go along with the communist Chinese propaganda. They have actually managed to convince some people that modern Japan is a nation full of nationalist, right-wing fanatics who are always only one step away from conquering East Asia all over again. This would come as a surprise to anyone who knows anything at all about Japan, perhaps the only country in the world where something as basic as flying the national flag or playing the national anthem is considered controversial because it might upset the neighbors. Japan is an officially pacifist country, unlike communist China which was born out of a civil war and only exists because of military aggression. Odd that. Yet, I am amazed to see their propaganda continuously parroted by useful idiots in various parts of the world. It is time to cut through the nonsense and look at the facts.

Communist China likes to pretend that they are the perpetual victims and that Japan is always the villain of the story. That is partly why they love to keep bringing up World War II and, usually, grossly exaggerated Japanese misdeeds all those many years ago. However, people need to step back and just look at the basic facts of the situation. If you do, anyone with half a brain will be able to see just how absurd this propaganda line from the bandit government in Peking really is. First, we should look at the historical record to see which government, Japan or Red China, has been the most aggressive throughout history. Both countries as they are today have been around for about the same length of time, so this should be a fair comparison. The People’s Republic of China was proclaimed in 1949 and the current State of Japan came into being in 1947 with the adoption of the post-war constitution, replacing that of the former Empire of Japan. After all, it would not be fair to hold the bandit government in Peking responsible for everything done by the Republic of China and the Qing, Ming and all the previous dynasties of Imperial China just as it would be unfair to hold modern Japan responsible for everything done by the old Empire of Japan (even though many do) since in each case, the values and principles and policies of the countries changed dramatically from what they had been to what they are now.

So, since 1949 the Communist Chinese have invaded Tibet, South Korea, Burma, India, Sikkim (which is today part of India but at the time was still a protectorate of India), Bhutan (yes, even them in 1959), Soviet Russia and Vietnam. That seems a bit lengthy, though to be fair, they never succeeded at much other than when they were fighting populations of Buddhist pacifists. On the other hand, since 1947, Japan has invaded…no one! So, in the same period of time that China launched military attacks into Tibet, South Korea, Burma, India, Sikkim, Bhutan, Russia and Vietnam the Japanese have attacked no one. It seems lopsided doesn’t it? But, the Japanese did adopt a constitution that makes it illegal to use military force to settle disputes so perhaps that gave them an unfair advantage. Perhaps it also helps to make them an inviting target? After all, the Chinese communists have been known to attack people who do not believe in violence; just ask any of the survivors of the massacres in Tibet -if you can find them. Alright, so much for the historical argument; how about current military preparedness? Well, on the one hand you have Japan with a Self-Defense Force of less than 250,000 active duty personnel. On the other you have Communist China, home of the People’s Liberation Army which has a standing force of over 2,200,000 along with the largest air force in the world and an extensive nuclear arsenal. They also have a navy twice the size of the Maritime Self-Defense Force of Japan (though thankfully of a much lower quality). 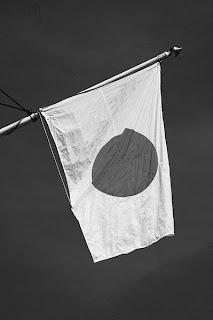 That, by itself, should be enough to settle this in the minds of most people who actually have the ability to think. There is China, which has attacked numerous countries, has an arsenal of nuclear weapons, the largest air force in the world, a standing army of over 2 million led by a government which has butchered tens of millions of people which is claiming that the other country, Japan, which has attacked no one, has no nuclear weapons, a pacifist constitution and a Self-Defense Force of 250,000 -is the bully looking for trouble. How anyone, even the useful idiots who still think communism sounds “cool” can buy what the Chinese government is selling frankly astounds me. Most of the tensions today between Red China and Japan revolve around the disputed ownership of the Senkaku Islands, which China only suddenly claimed had “always” belonged to them after the U.S. occupation of Japan ended and after it began to seem that there might be oil and gas deposits in the surrounding waters. Isn’t that convenient? It is also worth noting that there is scarcely any neighbor of mainland China that the bandit government in Peking does NOT have a territorial dispute with. The communist Chinese have currently made claims on the territory of the Republic of China on Taiwan (of course), North Korea, South Korea, Tajikistan, Pakistan, India, Bhutan, Japan, The Philippines, Vietnam, Malaysia and even little Brunei. They can scream all they want about World War II, jump on a throw-away line that mentions Hitler (they don’t think freedom of speech should exist in Japan) and they can shriek every time someone visits the Yasukuni Shrine (they don’t think freedom of religion should be allowed in Japan either) but a simple look at the facts should be enough to prove to any intelligent person that it is Communist China that is being belligerent and looking for trouble, NOT the State of Japan.

That’s my two cents. I pray that one day the bandit government in Peking will be overthrown, that China will return to following the Heavenly commands and restore friendly, respectful relations with all their neighbors. Until that time, everyone else must stand strong. God bless the island nation of Japan and long live the Emperor.
Posted by MadMonarchist at 12:12 AM