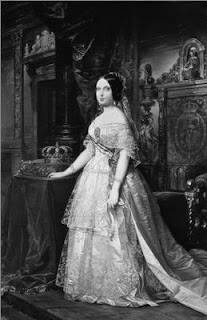 King Fernando VII: The guerilla war fought against the French was fought in the name of King Fernando VII, the last Spanish absolute monarch of the old style. One cannot help but be supportive of Fernando VII because the alternatives to him were always worse. He made many mistakes, the first of which was, like his father, seeking help from Napoleon who forced his abdication before he had even got the throne warm. Locked up in France, their defeat meant his return but liberalism had taken hold and he was forced to agree to a constitutional monarchy before he would be allowed in. He did so, then tore up the constitution and ruled in the traditional, absolutist fashion. His reign was largely a failure but it is hard to be too harsh with Fernando VII because he walked in to a nearly impossible situation with a divided populace and an empire crumbling in revolt. It is to his credit that he fought the good fight through it all, trying to maintain the traditional Spanish monarchy as he had inherited it. However, he was suspicious of his brother and the support he had with the Church and was often unduly influenced by his domineering wife. Toward the end of his life he made one of the two biggest mistakes of his life and decided, on his own absolute authority, to set aside rule against female succession to allow his daughter, rather than his brother, to succeed him. This resulted, after his death, to a series of civil wars that were positively disastrous for Spain.

Queen Isabella II: A large figure in Spanish history, Isabella II managed to make herself equally hated by both ends of the political spectrum. Oftentimes that speaks well for a person, but in her case, about the best that can be said was that she was not as bad as either side claimed she was, but no more than that. Because the zealous Catholics of Don Carlos opposed having a female ruler at all, it was only natural that the anti-clerical liberals flocked around the banner of Isabella II who started her reign as an infant acted for by her unsavory mother. The problem was that she grew up to be far too conservative and Catholic for the group that had always supported her while those who had followed her uncle Don Carlos into rebellion were never going to accept her no matter what her character or policies. She did fairly well considering the disastrous circumstances that prevailed throughout her reign. Born with many Spaniards opposing her, her core of support eventually declared her a hopelessly superstitious reactionary and in 1868 turned against her and forced her to abdicate and go into exile.

King Amadeo I: Having turned out their own monarch, and being unwilling to accept the Carlist claimant to the throne, the moderate monarchists and military establishment decided that a foreign monarch might be best to reunite the country and start over fresh. The choice was the Duke of Aosta, second son of King Victor Emmanuel II of Italy. After being duly elected and (at the insistence of his father) accepting the Spanish throne, the Italian prince arrived and became King Amadeo I of Spain. And things started to go wrong from the very start with the death of his chief supporter. A diligent, determined and hard working man who didn’t really want to be King of Spain, he did the best he could but was met by hatred from some and ridicule from many more. Of course the Carlists and the growing group of republicans opposed him and would never be won over but the moderate or liberal monarchists who had supported him soon became so divided by infighting that their support proved insubstantial. To most he had no business being King of Spain at all (a sentiment he might have agreed with actually). He was not a bad man and did the best he could but he was surrounded by people so divided that no one seemed to care about anything but the defeat of their own enemies. He finally declared Spain ungovernable and abdicated, going home to Italy and asking the Pope for forgiveness for ever undertaking such a mission. Traditional Spaniards had no reason to cheer however as the downfall of King Amadeo I also meant the birth of the First Spanish Republic with so many people deciding that monarchy was too divisive.

King Alfonso XII: After the fiasco that was the First Spanish Republic, Spain decided to look for a monarch again. However, the old divisions still remained and none were strong enough to totally overcome the others. Neither the Carlist claimant nor the exiled Isabella II would be tolerated but finally enough of the left and center came together to accept the son of Isabella II who came to reign as King Alfonso XII. He defeated the Carlists and managed to make peace between the liberal and conservative factions by arranging a system in which power alternated between the two. For the first time in a long time Spain was stable and at peace with itself. Most people were overjoyed and Alfonso XII became quite popular for his ability to deal with a crisis and his diplomatic skill in coming up with common sense solutions to end the political feuding. He married, secured the succession (though he was not a faithful husband which is a big negative in my book) and the Spanish economy began to finally come back. Not an ideal man but a pretty good, effective monarch. Unfortunately, he died prematurely (he had long suffered from consumption) with much still to be done. However, Spain likely would not have survived the challenges to come if not for all he did in a short time to see the country restored. Overall, a good King who benefited his country.

King Alfonso XIII: King of Spain from the moment of his birth, he was still a boy when Spain was attacked by the United States and lost what little was left of the once grand Spanish empire, thankfully his regent mother provided steady leadership until he reached his majority. He married a British princess but turned to infidelity over anger at her passing on hemophilia to his son -not good. He had the good sense to stay out of World War I, won a minor colonial war in Morocco but the Great Depression hit Spain hard and undid what hard-earned progress had been made thanks to Alfonso XII. Communist republicans became more organized and more of a problem as the old divisions reappeared. Monarchists remained rather divided while the republicans became ever more united. Alfonso XIII foolishly turned to a strong man figure for help, was betrayed by him and was forced to go into exile as the Second Spanish Republic was proclaimed. There is plenty to criticize about Alfonso but what came after him was nothing short of a nightmare.

King Juan Carlos I: After the horrific republic, a bloody, traumatic civil war and the (benevolent) dictatorship of Generalissimo Francisco Franco, Prince Juan Carlos became King of Spain in 1975. He angered many in the military by almost at once dismantling the authoritarian regime Franco had built and transitioning Spain into a constitutional monarchy. Press freedom, civil rights and all the rest were restored and the ban on opposition political parties was lifted (even those like the communists who opposed the monarchy and would continue to do so). Many grumbled but the public at large was overwhelmingly in favor of these changes. In 1981 a military coup was attempted which King Juan Carlos put down, winning even greater prestige and popularity as a champion of freedom. Some on the left still grumbled over minor things; the King’s love of bullfighting or his refusal to ever speak ill of Franco or to allow anyone else to speak ill of him in his presence, but overall the public adored the King and the Royal Family. Media mockery or criticism were absolutely unheard of. Unfortunately, the public has a short memory and recently have begun to use the very freedoms the King gave them to unfairly attack him. I am very fond of King Juan Carlos and I think he takes way too much abuse and not just from the republican crowd one would expect it from. He may regret giving Spaniards their political liberty, but I doubt it. He could see that the traditional Spain could not be maintained indefinitely by force and so, with a constitutional monarchy, put it in the hands of the Spanish people to maintain as no one these days questions decisions reached via the ballot box. Unfortunately, the public let him down -not the reverse.
Posted by MadMonarchist at 12:07 AM