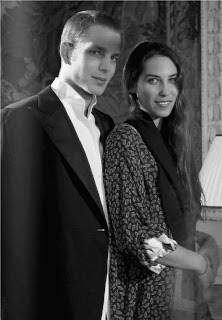 The big royal news this week came from one of the smallest corners of the monarchial world; the Principality of Monaco. To get the least controversial and best established news out of the way first, the Princely Palace has announced that August 31 is the date that has been set for the wedding of Andrea Casiraghi and Tatiana Santo Domingo. The couple will have a small, private ceremony. And it is high time for a wedding, considering that the two have already started their own family with the birth of their baby boy, Sacha, on March 21 of this year in London. Andrea is next in line to the throne in Monaco after Princess Caroline until such time as TSH Prince Albert II and Princess Charlene do their part for the succession. Andrea is the eldest child of HRH Princess Caroline of Hanover and the late Stefano Casiraghi. Tatiana is the daughter of Colombian tycoon Julio Mario Santo Domingo Jr. and Brazilian socialite Vera Rechulski Santo Domingo. The two were first introduced by Andrea’s younger sister Charlotte who is also the one who has stolen most of the royal headlines this week.

About a year and a half ago, Charlotte Casiraghi began dating Gad Elmaleh, a French-Moroccan-Jew actor-comedian. This raised a few eyebrows considering that Gad is 42-years old and Charlotte only just turned 27 last Saturday. He has also been around the block a few times (ironically enough his past relationships have been with women older than himself) and he already has a 12-year old son by a past relationship with a French actress. The two began to be seen more and more together, rumors flew and were later confirmed when Charlotte was spotted staying over with Gad and recently things seem to have become even more serious. Royal watchers began to notice what looked to be the beginnings of a “baby bump” on Charlotte and recently she was spotted shopping for baby clothes. True, she may just be filling out some and she may have been shopping for her little nephew, but that has not stopped many news outlets from declaring that Charlotte is pregnant, Gad is the father and that the two are already engaged and will be married by the end of the year. If that is true, the Palace has certainly not said so. 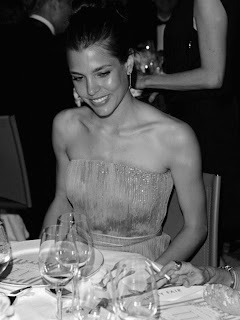 It is, however, not unreasonable to come to such a conclusion as the two have been more and more visible lately such as when Gad recently escorted Charlotte to the annual Red Cross ball in Monte Carlo. Yours truly will confess to having been less than thrilled with the pairing of Gad and Charlotte, though in all honesty none of the boys Charlotte has attached herself to in the past seemed worthy of her in my book. For a time, back when both were on the covers of all the teen magazines, gossipmongers had fun speculating about a romance between Prince William and Charlotte. That would have been quite impossible of course as Charlotte is (officially at least) a Roman Catholic and it may have been for the best anyway as their children would have probably have been too gorgeous for the world to tolerate. The Princely Family, not surprisingly, have been very welcoming of Charlotte’s much older boyfriend. Things are a bit complicated when it comes to an “official” reaction to these things since none of the children of Princess Caroline (save for young Princess Alexandra of Hanover) have any official position in Monaco or any titles; even Andrea who is only two steps away from the throne itself -so far. In legal terms, Charlotte Casiraghi is a commoner though she is invariably included in coverage of royal figures as a daughter of Princess Caroline and as she holds a place in the Monegasque line of succession. Still, family acceptance is important as Monaco is one of the last 2 or 3 monarchies in Europe where the monarch still rules and has final say on everything that happens inside the narrow borders of Monaco. 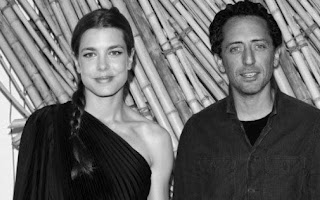 The papers seem to be thrilled with this match and the prospect of a new baby and another wedding. Gad has so often been described in print as “dashing” and “witty” and “charming” that one might just forget that he is a father in his forties who has yet to have a successful, long-term relationship. Some have even compared him to the late Stefano Casiraghi, waxing nostalgic that Charlotte’s relationship must bring back memories for her mother Princess Caroline. I wish them every happiness, but honestly, given how much older Gad is than Charlotte and how “experienced” he is, it rather more reminded me of Princess Caroline’s first marriage to the much older playboy Philippe Junot which, as predicted by Prince Rainier III and Princess Grace, was a thankfully short-lived disaster. Last year I made it clear that I did not “get” the Charlotte-Gad match and I still do not. However, as I said then, if Charlotte decides he is the right man for her I will sincerely wish them all the happiness in the world. Keep in mind though, despite all the talk this week, nothing has been officially announced or confirmed. It all seems fairly evident but I prefer not to get too excited about these things until the Palace makes an announcement.
Posted by MadMonarchist at 12:18 AM