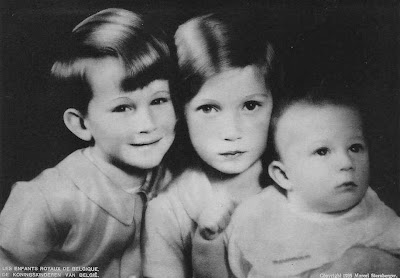 The three children of HM King Leopold III of the Belgians and HM Queen Astrid of Sweden; future King Baudouin of the Belgians, future Grand Duchess Josephine Charlotte of Luxembourg and future King Albert II of the Belgians. And if you don't think that's an adorable picture -there's something wrong with you!
Posted by MadMonarchist at 12:20 AM