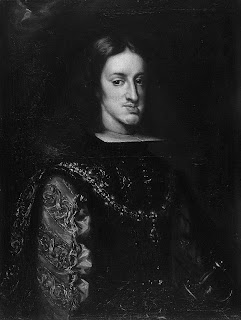 King Carlos I: Better known as Charles V, Holy Roman Emperor of the German nation and all that, Carlos I was a great King of Spain but, more to the point, was a great monarch in general as he had more than one throne and a great many responsibilities far beyond the Spanish lands. For Catholic Christendom, Carlos I was like Atlas; holding up the world on his own. He was altogether an awesome figure. He was courageous, a very skilled warrior, an intelligent and thoughtful man, a cosmopolitan man, a cultured man, a pious son of the Church, a shrewd statesman and a leader willing to take risks. Sometimes that meant doing what had to be done even if it was rather unsavory. The foundations for the great Spanish colonial empire were set down during his reign in Mexico and other areas and his was the first empire upon which, it was said, ‘the sun never set’. The only thing I can fault him for was the war against Pope Clement VII, the invasion of Italy and the utterly horrific sack of Rome. He did not order the atrocity of course, but he ordered the invasion and, as monarch, was ultimately responsible. He was horrified by it, but not too horrified to take advantage of the situation. Still, that aside, his was an epic reign spent in a titanic struggle against enemies on all sides and he usually won. The first monarch to rule all of modern Spain himself, he was one of the greatest of all time.

King Felipe II: One of my favorites, Felipe II had all the courage and determination of his father but even stronger principles. He did not always enjoy the same level of success though his only really major defeat (the “Invincible Armada”) was due more to plain bad luck and the skill of his opponents rather than his own mistakes (though he did make some). Felipe II was an extremely religious man, which today tends to be viewed as a bad thing but it wasn’t of course and he was certainly not the callous villain he is often portrayed as. In fact, he was a very compassionate man, very sensitive and considerate. He saved Malta from the Turks, beat the French at San Quentin, very nearly suppressed the Dutch rebellion but at least held on to Belgium and his forces played the largest part in the defeat of a massive Turkish invasion at Lepanto. The Armada was a fiasco and he did make some mistakes in organizing that endeavor. However, that was one defeat in an otherwise extremely successful reign and his character more than makes up for it. The colonial empire was further expanded and consolidated, religious uniformity was enforced (sparing Spain the civil wars France and Germany would have) and, in many ways, Spanish power reached its zenith under Felipe II. I would even go so far as to say that, in my opinion, he is probably the greatest monarch Spain has ever had.

King Felipe III: It is rather unfortunate that Felipe III seemed to inherit his great piety from his father but little else and his reign is usually identified as the period when the economic rot set in that was to prove so damaging to the Spanish empire. It is hard to be too critical of Felipe III though because he was such a good man, very religious, very devoted to his wife and who wanted to do the right thing. But, for all of his excellent qualities he simply lacked the firm will to rise above the factions at court and lead Spain in the direction he desired. He could be called a victim of being humble to the point of hesitancy. While he prayed other men stepped in and took control of the Spanish government and, unfortunately, they were more concerned with enriching themselves than strengthening and glorifying the Spanish nation. For good or ill he took Spain into the Thirty Years War and Spanish troops under the Count of Tilly had some success before Felipe III died. His reign was not the total disaster most think but he was not as effective as he should have been and it was, on the whole, an opportunity lost.

King Felipe IV: Fortunately, Spanish fortunes improved under Felipe IV. In fact, the Spanish empire reached its peak under Felipe IV in terms of sheer size. Felipe IV was a man of very noble intentions who really tried to be another Felipe II, a Spanish champion of Catholicism in Europe, and it is admirable that he had a very serious correspondence with the mystic Venerable Mary of Agreda who advised him on how to be a true Christian monarch. The trouble was that he would throw himself into his work so much and try so hard that he would quickly burn himself out and would then revert to being an often absent monarch, leaving affairs in the hands of his chief minister. The man was always hot or cold, he had only two speeds. He was a great patron of the arts and left behind a great cultural legacy, his troops won a number of very solid victories and he left Spain a more beautiful, larger and more respected country than he found it. Still, he seems to be often unfairly criticized for not being perfect, even though others who are praised even more suffered greater setbacks than he did -as any ruler invariably will. The biggest lingering problem of his reign was the economy, which was stretched to the breaking point and kept going only by gold and silver imports from America. However, those problems started before his reign and it would have been a tall order for any monarch to reverse such a long-standing trend in one lifetime. Overall, there is more justification than not for his being known as “Philip the Great”.

King Carlos II: Oh the pity. The great, great pity. The Hapsburg reign came to an end with Carlos II and most know that things did not go well for Spain with King Carlos II and most, I am sure, know why. He was certainly not to blame but his bloodline certainly was. Felipe II and Felipe IV had both married nieces, other marriages had overlapping family trees and the result was the unfortunate, pitiable state of Carlos II. The overuse of family intermarriage for political reasons caused him to be born extremely disabled, both mentally and physically. His lower jaw extended so far that he was unable to chew his food (hence the term “Hapsburg jaw”) or even close his mouth. His tongue was so large his speech was barely intelligible and he was constantly sick with various ailments, having an extremely weak immune system. He could barely walk, suffered losses of memory, had epileptic fits and virtually none of his organs or systems functioned properly. He was married (duty first after all) but was, not surprisingly, unable to consummate the marriage and his very depressed wife died young, leaving him heartbroken on top of his many other maladies. Spain declined considerably under his reign, which was the fault of the inept and/or corrupt political figures who held power in his name rather than the monarch himself. Really one can only feel great sorrow and pity for Carlos II. When he finally died the only surprise was that he had somehow lived so long (38 years).
Posted by MadMonarchist at 12:11 AM