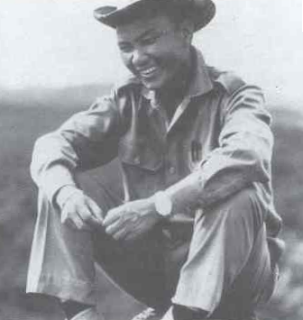 I wonder how many monarchists are aware that there is a loyal defender of his king and country enduring legal persecution in the United States? Well, there is; retired Major General Vang Pao of the Royal Lao Army. Vang Pao was born in 1931 in northeast Laos, a member of the Hmong people who populate areas of northern Laos, Thailand and southern China. Like most he worked as a farmer before joining the French military resistance to the Japanese occupation of Laos (the country was then part of the French Union of Indochina with Vietnam and Cambodia). He proved himself such an adept soldier in the Free French guerilla war against the Japanese that after World War II he was recruited by the French military in their war against the communist-led VietMinh. In time Vang Pao became a general in the Royal Lao Army and he was always a symbol of Hmong pride and loyalty to the King of Laos, Savang Vathana.

During America's war in Vietnam Laos was officially neutral but was effectively divided into three camps; those who supported the communists, those who supported the Americans and those who tried to remain on the sidelines. General Vang Pao was given command of the CIA-trained Secret Army which struggled to defend the Kingdom of Laos from the communist revolutionary forces of the Pathet Lao and the People's Army of Laos who were propped up by the Communist North Vietnamese. Unfortunately, though the Hmong, unofficial US personnel and hired Thai mercenaries waged a brilliant war against the communists, when the US pulled out of South Vietnam the ultimate success of the Pathet Lao was assured. The Kingdom of Laos was doomed.

When the communists took over Vang Pao moved to the United States and became a leading figure in the Hmong community of immigrants in America. Vang Pao never relented in his loyalty to the Lao monarchy or his opposition to communism. He rallied the Hmong community to pressure the UN into halting the forced repatriation of Hmong refugees in Thailand to Laos where they faced brutal treatment. General Vang Pao also raised awareness and rallied opposition to the human rights abuses and tyrannical policies of the communist government in Laos. However, after 2001 he did advocate the normalization of relations between Laos and the United States in the hope that this would improve conditions inside the country.

Nonetheless, in 2007 Vang Pao and 9 others were arrested on charges of plotting the overthrow of the red regime in Laos; a violation of the Neutrality Act. It was not lost on many that the elderly general was being persecuted by the US government on accusations of doing exactly what that same government had once armed and trained him to do. Hundreds of federal agents harassed numerous figures in the Lao and Hmong community and claim that the group in question was planning to obtain weapons, ship them in secret to Thailand and smuggle them to resistance groups in Laos. One of those arrested was a former officer in the US Army who was charged with recruiting US veterans for the operation.

The group was later indicted and more arrests followed with General Vang Pao being denied bail. Many, many people from across the Southeast Asian community in the US and Vietnam vets rallied to his defense, pleading with the Governor of California to intervene. A school that was to be named after the general changed its plan following the government raids and the arrest of Vang Pao. Finally, the massive campaign in support of Vang Pao obtained his release on a $1.5 million bond for which his family had to put up their own property. The General has been back in court this year though nothing has been settled yet and his next court appearance should be sometime next month.
Posted by MadMonarchist at 12:34 AM