Being Fair to President Obama 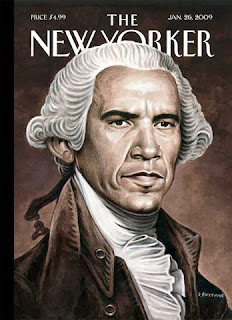 I have been accused of being too critical in some of my rants on the current US President Barack Obama. Well, I cannot help it -I do not like the man, I do not like his policies and I do not like his background or way of thinking. However, I shall endeavor to be fair. Some have accused Obama of betraying the very spirit of the Founding Fathers of the United States in his efforts to, in his words, transform America. That, I have considered, may be a bit unfair because Obama does have some things in common with the American Founding Fathers. There are a number of similarities. For instance, Barack Obama is the first Black President of the US; George Washington was the first White President of the US. Obama is somewhat similar to Benjamin Franklin; both threw their own relatives under the bus in pursuit of their political goals and both think nothing of leaving close relatives in poverty while they live the high life. Like Alexander Hamilton, Obama believes in centralizing power in a strong federal government and like Thomas Jefferson our current President has Black children. Obama is also like John Adams in that he also would like to make it illegal to criticize the government. Just like John Jay Obama has sold out America’s allies to make peace with America’s enemies. Obama has some similarities to James Madison in that he supports government involvement in the economy and detests Great Britain. Finally, like all of the original Presidents of the United States, Obama was not born a U.S. citizen either (I know, I know, poked it, prodded it, pushed it right off the cliff & killed it…)
Posted by MadMonarchist at 3:33 AM