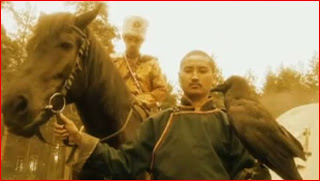 Today the memorials are in full swing for the late Senator Ted Kennedy with his funeral mass to be held tomorrow. The tributes and glowing accounts of this hypocritical, socialist blowhard are almost too much for my damaged mind to handle. His legacy is that of one of the most hard-core leftists in the US government as well as that of one who rode to power on his brother's coattails & family connections, a drunkard, a playboy and a hypocrit who used his religion to advance his own agenda and disregarded it when it interfered with his hold on power. This man was not a hero. This was a man who had numerous affairs, but worse than that, got drunk, drove off a bridge and drowned a girl then went home, talked with his family and sobered up a bit before even calling the police and emergency services. This was a man who waved his Catholicism as a flag to push for socialist policies and illegal immigration but totally ignored his Church when it came to things like the homosexual agenda, stem cell research and abortion (or taking communion while in a state of mortal sin). This was a man who campaigned against Governor-appointed short-term 'substitute senators' when his Governor was a Republican but in his last days campaigned for that very policy when his Governor is a Democrat and his party's agenda was in danger. But what about more fundamental political philosophy?

Virtually every political movement can be traced back to the French Revolution (actually much earlier but space is limited). There is the side of God, King and Country and there is the side of an engineered society, socialism, enforced uniformity (they call it "equality") and an end to inherited wealth, inherited position and vested rights. That last bit alone should convince anyone that there can be no common ground between monarchists and socialists/communists of any stripe. Kennedy is no exception. He supported his liberal brother in opposing the French and the government of the last Vietnamese Emperor in Congress. He later supported surrendering the country and all of Indochina to inevitable communist takeover. He opposed the restoration of the Emir of Kuwait when his country was taken over by the republican dictator Saddam Hussein and he supported the Clinton administration's policy of allowing no royal restorations in eastern Europe after the fall of the USSR. He was a critic of the monarchist regime in Iran and he accused the British of turning Northern Ireland into another "Vietnam" and had close ties with many radical leftist Irish republican leaders. He never seemed to tire of calling for disarmament and opposed any effort by the US to fight communist subversion in Asia, Africa or Central America. His lending of the Kennedy family name to Obama was also instrumental in securing his nomination by the party for President; thus ushering in a new administration that is filled to the brim with avowed leftists, socialists and even admitted admirers of Marx, Lenin and Mao.

To bad there are others as bad and worse to take his place but I will certainly be crying no rivers of tears on his departure from this mortal coil. Wheverever he is now he will have a lot to answer for and the US Senate is at least a little less revolutionary red since he is gone. Am I cold? Am I heartless? Maybe so, maybe not, but I am ... The Mad Monarchist.
Posted by MadMonarchist at 4:29 PM