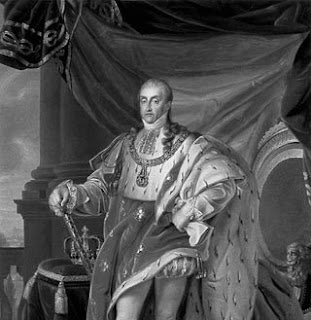 King Victor Amadeus II: The first Savoy to obtain the royal crown, he was born in Turin in 1666 and succeeded his father, Charles Emmanuel III, as Duke of Savoy in 1675. By marriage he allied with France and took measures to enforce Catholic unity in his lands, suppressing Protestants and any heretical beliefs. He enacted sweeping reforms of the government, land and tax systems throughout his reign. In the 9 Years War he allied with the Holy Roman Empire and he supported the Hapsburgs in the War of Spanish Succession. He fought heroically against long odds with little help from his allies but at the siege of Turin the arrival of his relative, the great Eugene of Savoy, saved the situation. In 1713 at the end of the war the Treaty of Utrecht made Victor Amadeus II the King of Sicily but later he had to exchange this for the Kingdom of Sardinia. That action caused the union of Piedmont-Sardinia. In 1730 he abdicated but a year later tried to restore himself, which he did not do and he died in 1732. Many of the internal improvements he made were modeled on France but wariness of French power kept him on the side of the Empire. He also left behind many magnificent buildings and parks. All in all, a good, intelligent and successful monarch, popular with everyone but the Protestants.

King Charles Emmanuel III: Born in Turin in 1701, he succeeded his father, Victor Amadeus II, in 1730 as King of Piedmont-Sardinia. His father abdicated but later returned to reclaim power but was not successful and Charles Emmanuel continued to rule. An ambitious and military-minded man, he was one of the earliest Savoy to have larger “Italian” aspirations in his foreign policy. In the War of Polish Succession he allied with France and Poland against Russia and Austria. He led the army that captured Lombardy from Austria but was obliged to give up the territory in the peace settlement in exchange for other areas. In the War of Austrian Succession, however, he allied with Maria Theresa of Austria and was immediately attacked by vastly superior French forces. Yet, he won a great victory over France at the battle of Assietta which saved his country in spite of having only 7,000 men to the 40,000 men opposing him. In the peace settlement he regained Nice and Savoy as well as other areas and restored friendly relations with Spain. That stupendous victory alone would earn him a place as one of the greatest kings of the House of Savoy and it was not his only accomplishment. He then improved the defenses of his country, replenished the army and improved education in Sardinia before his death in 1773. He was a great king who exuded a sense of grandeur that made everyone around him feel a little grander by association.

King Victor Amadeus III: Born in Turin in 1726, he succeeded his father, Charles Emanuel III, as King of Piedmont-Sardinia in 1773. He was a conservative and religious man devoted to the army, and that makes anyone alright in my book. The people too loved him for his good nature and generosity. He enacted administrative reforms and improvements to the national infrastructure but was generally suspicious of change. He founded the Gold Medal of Military Valor and also improved and expanded higher education in his country. Impressed by the successes of the late Frederick the Great (who wouldn’t be?), his military reforms aimed at following the Prussian model and he hoped to ally with Prussia to offset the Austrian alliance with France. But, his devotion to the cause of monarchy and sacred authority came before political considerations and when the French Revolution broke out he dropped his prior suspicions and gave sanctuary to fleeing Bourbon royals and despite the uneven odds declared war on republican France because of his natural revulsion of such traitors and because it was the right thing to do, even if all but hopeless. In spite of the improvements he made to the army, his forces were outmatched and defeated. He died of an apoplexy in Moncalieri in 1796. His reign did not end on a successful note but he is still to be admired for going down in a righteous cause.

King Charles Emmanuel IV: Born in Turin in 1751, he succeeded his father Victor Amadeus III as King of Piedmont-Sardinia in 1796. From the beginning he was forced to make concessions to the French revolutionary forces and was finally forced to go into exile by the French occupation. He withdrew with his family to Sardinia to continue the struggle to reclaim his lost territory. Charles Emmanuel IV was a very conservative, traditional man of deep religious faith. The death of his beloved wife almost destroyed him and he abdicated in 1802 in favor of his brother. In fact, it was probably as a husband that I admire him most, for the way he defended and sincerely adored his wife who so many others were fond of mocking for her appearance. He was really a man of great character. He was also close friends with Cardinal York of the Stuart royal house, his cousin, and when the Cardinal died in 1807 his followers recognized Charles Emmanuel as “King Charles IV of England, Scotland, Ireland and France” though he made no claim on those countries. In 1815, still troubled by the loss of his wife, he took vows with the Society of Jesus and spent the rest of his life in a religious house in Rome. In political terms he was not able to accomplish much, though not for lack of trying, but he is still one of my favorites. Not a successful monarch perhaps, but a very great man without doubt.

King Victor Emmanuel I: Born in Turin in 1759 he succeeded his brother, King Charles Emmanuel IV, in 1802 as King of Piedmont-Sardinia. From the start he showed an admirable determination to rebuilt the military and take back what was rightfully his. During that time Piedmont was occupied by French revolutionary forces and Victor Emmanuel I ruled Sardinia from Cagliari for the first 12 years of his reign after participating in the failed War of the Third Coalition. Not discouraged and determined to fight on, during this time he established the famous Carabinieri gendarme corps. He also restored the Guards as the famous “Grenadiers of Sardinia”. A great many of the most cherished military traditions of modern Italy are owed to King Victor Emmanuel I, even if the republic has done everything possible to purge his memory from the ranks. After France was defeated the Savoy Crown gained Genoa and Victor Emmanuel I restored the pre-revolutionary system with a favored place for the Church in society and education and opposed the spread of non-Catholic doctrines. All good and admirable things, especially considering what the country had just been exposed to. In 1819 Jacobite legitimists from Britain recognized him as King of Great Britain but nothing came of it. He did desire expansion into Lombardy but abdicated in 1821 after the outbreak of revolutionary riots in the country rather than grant a constitution.

King Charles Felix: Born in Turin in 1765 he succeeded King Victor Emmanuel I in 1821 as King of Piedmont-Sardinia. The Carbonari were rebelling in Turin when he succeeded to the throne but as he was in Modena, Charles Albert acted in his place as regent and granted a constitution, being somewhat sympathetic to the views of the liberals. Charles Felix, a conservative by nature who regarded monarchy as sacred, was having none of that nonsense and revoked this constitution as soon as he returned and also sought to remove the last traces of the revolutionary period from the legal system. And he was awesomely fanatic about that. No matter how odd it might look (40-year old page boys etc) he was determined to have everything back *exactly* like it was. And I applaud him for it. Quiet and ascetic, he loved cultural interests like the theater and music more than politics and was a great patron of the arts. However, he also improved the navy but was careful to keep the peace with his powerful neighbors. The only major military action of his reign was a naval expedition to Tunisia in 1825 after the local ruler imprisoned some Genoese merchants. It was not a major operation but would add later to the Italian case for colonizing Tunisia (which they never did as France grabbed it first). He died, married but childless in 1831 worried about the liberal tendencies of his successor. Again, not a conquering hero, but one of my favorites for being so awesomely reactionary.
Posted by MadMonarchist at 12:23 AM