Re: Pope Francis; Calm Down 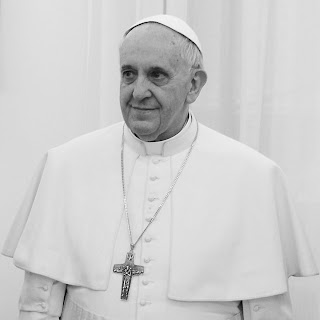 Okay, so the media has been going soda crackers over HH Pope Francis turning centuries of Catholic teaching and Christian tradition on its head. Suddenly, homosexuality is okay and women really need to start taking charge of the Catholic Church. Pretty shocking, except that is not what the Pope said. He said that it was wrong to judge homosexual priests (who are supposed to be celibate) and that women should have a more prominent role in the Church but that this did not mean they could or would join the priesthood. If you look at what Pope Francis actually said, it amounts to nothing earth-shattering at all. At most he may be going back on Pope Benedict XVI's rule against homosexuals joining the priesthood at all and that he may be trying to encourage more lay women to manage things in the Church. That is about the most that could be construed from his remarks unless you are the liberal-dominated mainstream media that reads into these things exactly what you want to hear. He also said he wants the Church to be poor and messy but, confusing as that might be, it doesn't grab the headlines like anything involving gays or feminists. The truth is that Pope Francis said nothing outrageous or even anything really new at all. However, I could not honestly say I did not wince a little when I first heard what the Pope said (it is starting to become a habit). I would prefer he had not said such a thing at all which, again, is nothing new and should not be controversial.

"Should not" is the problem though. Anyone could see that it would be and I would have preferred it not to be said just because there are so many so-called "Catholics" out there who will purposely twist his words to their own advantage as they push a very anti-Catholic and anti-Christian agenda. It will provide more cover to those corrupt politicians who claim to be Catholics while pushing for things like gay "marriage" and abortion and all the rest because they will dishonestly edit the Pope's words just enough to make it sound as though he agrees with them and that makes it all okay. I can hear the interviews now, "Of course I can be Catholic and take this position! Didn't you hear that even the Pope said we are not supposed to judge homosexuals? That's a private matter." You know it is going to happen. However, people should not condemn the Pope for saying something he did not actually say nor should anyone twist and pervert his words in a way he did not intend. Unfortunately, I am pretty sure they will. I certainly have not agreed with everything Pope Francis has done or said but this is media storm is grossly unfair. The Pope said nothing that contradicts Church teaching and certainly nothing that changes it. Just calm down people.
Posted by MadMonarchist at 12:18 AM