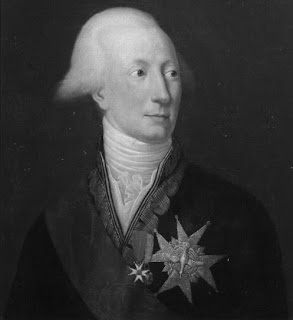 Although not as famous or even as active as many other ardent French royalists at the time of the Revolution, the Marquis de Bouille holds a unique distinction of being the only counterrevolutionary to be singled out by name in the French revolutionary anthem “La Marseillaise”. It is curious that, while other royalists were promptly forgotten, the Marquis de Bouille remained a quite prominently hated figure in the republican revolutionary ranks, probably in large part due to his being singled out by name in “La Marseillaise”. It is truly a shame that such should be the case for a man who served his country with such distinction, who helped win great victories for France and who was faithfully loyal to his King in the darkest days of the Revolution. Were justice to prevail he would be celebrated for his many achievements and for standing firm on his principles in spite of the tremendous cost and against such terrible odds. He was a true patriot in the legitimate sense of the word and it pained him greatly to end his life cut off from the land of his birth, from the France he so dearly loved and devoted his life to serve. 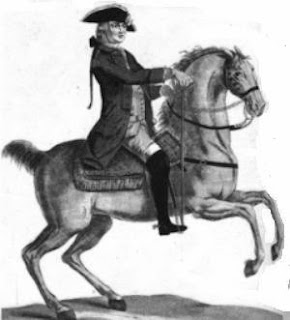 Francois Claude Amour, marquis de Bouille was born at Chateau Cluzel in what is now Mazeyrat-d’Allier, Haute-Loire on November 19, 1739. Orphaned at a young age he was raised by his mother’s brother who was First Almoner or the chaplain who distributed money to the poor for His Most Christian Majesty King Louis XV. A very bright young man, he was given a quality education by the Society of Jesus and one that reinforced the family ties to the Catholic Church and the French monarchy. When he was sixteen his uncle purchased him a commission in the French army, not at all an unusual age to become an officer in those days, and he joined a company of dragoons. In pre-Revolutionary France it was the cavalry that was preferred by the aristocracy and this was the primary reason for that branch of service being singled out for particular scrutiny with the Revolution did come. For the Marquis de Bouille it was the beginning of a very distinguished military career.

In 1758 the marquis was sent with his regiment to Germany during the Seven Years War (that is the French and Indian War to those in North America) and soon gained notice for his courage, quick eye and devotion to duty. During this offensive against the Prussians and the British/Hanoverians the marquis particularly distinguished himself at the battle of Gruenberg on March 21, 1761. He played a key part in this stunning French victory which saw the Prussians and their allies defeated, thousands of men and 18 regimental standards captured and which forced the Duke of Brunswick to lift the siege of Cassel. Because of his actions in the fight, he was chosen to take the captured flags, prized war trophies, back to Paris to lay before the King. Louis XV was immensely pleased and gave the marquis a brevet promotion to colonel and command of a regiment of his own. However, it was only a few years later that he was made governor of Guadeloupe where he earned high praise from the Governor-General of the French West Indies who recommended him for his own job. 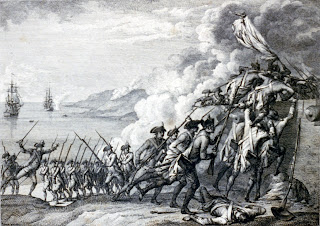 In 1777 Marquis de Bouille was given an expansion to his authority as he was also made governor of Martinique and St Lucia with special instructions to take charge of all French West Indies forces in the event of a war with Britain, something which seemed likely with the outbreak of the American War for Independence. The Marquis took this duties seriously and did his usual masterful job. When war came in 1778 he was fully prepared and launched a surprise attack on the British before they even knew there was a war on, capturing Dominica on September 7 for a cost of only 40 men killed or wounded. In 1782 he captured the Dutch island of Sint Eustatius which had been taken by the British the year before and he was involved with the Spanish governor of Louisiana, Don Bernardo de Galvez, in planning the conquest of Jamaica. It had to be canceled due to a French naval defeat but, as an aside, Galvez went on to become Viceroy of New Spain and there is a street in New Orleans and an island in Texas named in his honor.

When the war was over the Marquis de Bouille returned to France where King Louis XVI decorated him with the Order of the Holy Spirit for his many achievements. He was also very warmly received in Great Britain when he visited the island a short time later. The British respected him as a gallant and worthy opponent and appreciated his fairness and kind treatment of British prisoners-of-war. It was a mark of the humane and selfless nature of the marquis who also refused to take any compensation from the King of France for his military expenses during the war. Although the cost was immense, he paid for everything on his own and never took money from the state, knowing full well how cash-strapped the French government was. It was also a point of honor for him that he fought for his King and his beloved France out of sacred duty and not for pay. His chivalry and generosity were often remarked upon by all those who knew him. These attributes, along with his love of country and sincere devotion to his monarch make him stand out as an example of what an ideal French aristocrat was supposed to be. 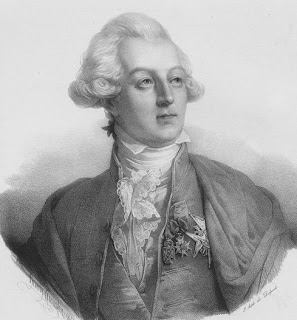 Unfortunately, times were coming with these traits would not be appreciated but scorned or even punished. In 1787 he was appointed governor of the prince-bishoprics of Metz, Toul and Verdun and he served in the Assemblies of Notables called by the King in response to the growing crisis. As a staunch royalist whose loyalty could be trusted, his governorship was extended and his authority increased when the Revolution broke out. He first gained the intense hatred of the treasonous mob for suppressing revolutionary forces in Metz and the Nancy Mutiny. When it became clear that the very lives of the Royal Family were in danger the Marquis de Bouille was ready, willing and able to rush to the rescue. Within his own command he was careful to keep only royalists in the top positions who he could trust and along with some other loyalists he helped work out a plan to take the Royal Family out of Paris, traveling through areas under the authority of the marquis where he could protect them, to a place where they would be safe from the rebel mob. He sent his own son to inform the King of the plan but King Louis, apprehensive for the safety of his family, decided that he and his family should all travel together rather than splitting up. He also chose to go a different way, through areas less secure, possibly in the thought of avoiding suspicion but none can be sure.

The marquis deployed his troops in an effort to protect the route the King and Royal Family would take, claiming to be standing guard over the road because of an incoming money transfer. Unfortunately, while he had been able to be selective with his top officers, not all of his troops were trustworthy and he simply did not have enough men he could absolutely rely on. The public became suspicious about the cavalry being deployed and rumors began to fly. Sadly, the result was that the Royal Family was found out and arrested at Varennes by the revolutionaries. The treasonous mob was enraged and the marquis could no longer remain in France and went into exile in Pillnitz, near Dresden, Germany where Austrian, Prussian and other forces opposed to the French Revolution were gathering. As a senior French army commander with a high reputation there were many countries that offered him high rank in their own armies but the marquis was reluctant to serve anyone other than the King of France to whom was always his first loyalty. Ultimately he did serve as an advisor to King Friedrich Wilhelm II of Prussia and took part in the early campaigns against revolutionary France, none of which, as we know, were entirely successful. He was offered command of the French royalists in the Vendee but refused the position, believing (rightly as it turned out) that the people, poorly armed and untrained, would be slaughtered. Nonetheless, he moved to England and continued to give the benefit of his military advice to the allied cause in the ongoing war against revolutionary France. It was extremely painful to him as a man who sincerely loved France and he was deeply torn by being forced into the camp of foreign countries fighting against his homeland. His depressed state was noticed by many but he carried on as best he could, faithful to his King and country to the very end. The Marquis de Bouille died in London on November 14, 1800 as one of the true heroes of the revolutionary period, a loyal subject of his King and a devoted son of France in war and peace.
Posted by MadMonarchist at 12:17 AM