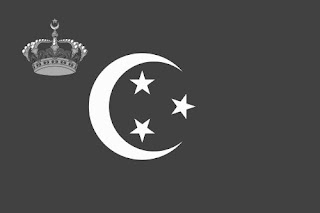 Your humble blogger is somewhat perplexed today. All day long all the news has been talking about is the military coup in Egypt. I’m confused; isn’t a military coup the norm in Egypt? President Morsi (lately declared deposed) was the first Egyptian president chosen by the democratic process, other than that, every change in government has been brought about by a military coup. I fail to see what is newsworthy about another in the long list of military coups in Egypt. However, the current situation does provide the world with a “teachable moment” as they say. Of course, few to no one will bother to see the obvious but no one can say we didn’t try. Like so much of the rest of the world, Egypt is in a deplorable condition and no matter who is holding power at the moment, it is no time to be celebrating. Religious fanatics are disturbing the peace, the economy is a shambles, tourism has dried up and is not likely to return so long as riots are the preferred method for changing the national leadership and tanks and soldiers on the streets are a common sight. Egypt has a lot going for it but, looking at the country today, it is hard to believe that at one time (granted, several thousand years ago) Egypt was fabulously wealthy and the Egyptians had but to lift their hand and the whole world would tremble.

If anything, what is going on today should be a lesson to everyone that democracy is not the cure-all for every problem in the world. Remember, the people protesting in the streets now are the same one who were protesting in the past for Mubarak to be ousted and for there to be democracy so they could have a leader of their own choosing. Now these same people are in the streets again because they are unhappy with the leader they chose. International observers said everything was handled fairly, the people of Egypt voted and Morsi was the winner with his Muslim Brotherhood gaining a majority in parliament. It wasn’t a huge majority of course, but a majority and that is all that matters. Now, I have heard that a petition went out calling for the removal of Morsi that had more signatures (by far) than the total number of people who voted for him. So, where were all these people on election day? It is hard for me to have sympathy for people who vote in a bad politician, mostly because I think politicians are almost inherently bad as a whole (with very, very few exceptions) and I think people should know better. I also think people tend to get the government they deserve and even the government they want regardless of democracy. This military coup was certainly not democratic, yet, the people wanted it and they got it. Communist China may not be democratic but if the people were really unhappy with the Communist Party and really wanted change they would have it. When a billion people make up their mind to have something, you can rest assured that they are going to get it.

Speaking only for myself of course, I am glad to see Morsi go. I was also glad to see Mubarak go. That one made me a little nervous but I certainly shed no tears over his fall from power. And, just in case anyone is curious, I can assure you that whoever replaces Morsi will be someone I will be glad to see go in his turn as well. I do not like any of them, I have not liked any Egyptian government since 1953 and I will not approve of any Egyptian government until the monarchy is restored. There was even a reminder of the old Kingdom of Egypt yesterday as it was reported that Princess Fawzia (probably best known as the first wife of the last Shah of Iran) passed away at the age of 92. Egypt had a perfectly good monarchy, there was no reason to abolish it whatsoever and because of that, everything that has happened since fails to move me much. It is all a case of reaping what has been sown. King Farouk may not have been a perfect man in every way but he was certainly no tyrant, no over-zealous fanatic nor did he ever make war on his own people. Even in a limited capacity, the exiled King Fuad II could make life in Egypt better as it is, without holding government power himself, but simply by appointing or removing from office the one who is chosen to hold government power without the need for one military coup after another.

Monarchists are rightly frustrated though as King Farouk of Egypt was unpopular mostly because of a mistake. Much of the opposition to him and to the monarchy in general, came from the idea that he was closely associated with the British occupation of Egypt. In fact, the British were not overly fond of King Farouk either because they knew he really would have preferred they left his country. During World War II he was very friendly with the Italian Royal Family and the British believed he was hoping for the Italo-German forces to drive them out of Egypt. At one point during the war Britain actually deployed military force to compel the King to accede to their wishes and he had to be browbeaten into joining the war alongside Britain and even that was after the conflict had moved far away from Egypt. Furthermore, King Farouk was not the only one of his dynasty to be displeased with the British presence. At the start of World War I the British deposed Khedive Abbas II because he supported the Central Powers rather than the Allies. It was also then that the nominal ties between Egypt and the Ottoman Empire were officially broken. Now, in all fairness, I have to add that, in my view, where the British Empire has been things usually get better rather than worse for their presence, but that is not the issue. Revolutionaries turned the people against the King by portraying him and the Muhammad Ali dynasty as a whole as the willing accomplices of the British when in fact the exact opposite was true.

Finally, of course, the monarchy was abolished under the nominal reign of King Fuad II, a mere child, before he ever had the chance to prove himself as a monarch. Instead, Egypt got a succession of military dictators and now one would-be religious dictator, all coming and going with a great deal of storm and stress. The people demanded an end to military control of the government and democratic elections. They got what they wanted and now they are cheering because the military took control and tossed out the democratically elected president. Oh how fickle the mob can be.
Posted by MadMonarchist at 12:54 AM