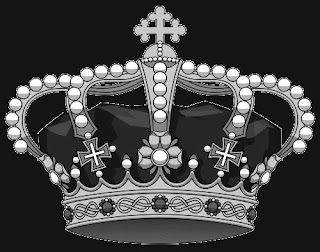 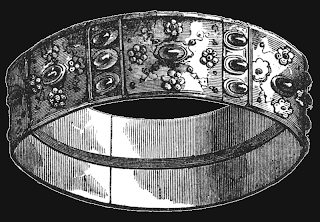 The other crown most associated with Italy is the very ancient and very sacred Iron Crown of Lombardy which was used by the medieval Kingdom of Italy. As stated elsewhere, it was used by Napoleon when he conquered northern Italy and later used by the Hapsburg Emperors of Austria as the crown of their Kingdom of Lombardy-Venetia. When the Austrians were forced out of northern Italy they took the Iron Crown with them to Vienna but, in a subsequent peace treaty after another war, it was turned over to the House of Savoy and placed back in its traditional resting place in Milan. It is noteworthy that all official documents from the Italian royal court refer to there being two crowns, the Crown of Savoy and the Iron Crown which was always referred to as the “crown of Italy”. No King of Italy ever had a coronation though there was some discussion about it. If it had been done, the Iron Crown of Lombardy would have been used. Unfortunately, because of the “Roman Question” the Pope had excommunicated King Victor Emmanuel II (along with everyone else who had anything to do with unification) and neither King Victor Emmanuel II nor King Umberto I wished to make use of the Iron Crown, which is a holy relic, while their status with the Church was in question.

The excommunication of King Victor Emmanuel II was lifted just before his death and King Umberto I considered making use of the Iron Crown later in his life but never did so before his tragic assassination. The Iron Crown was carried, however, in his funeral procession. Talk about a coronation for King Victor Emmanuel III was quickly stopped. Because of the stand-off with the Church, any cleric who performed such a coronation would be putting his career in jeopardy. King Victor Emmanuel III was also far too disturbed by the terrible and unnatural death of his father to plan such a grand occasion and he was simply the type who was not inclined to grand displays of pomp and ceremony anyway, never being comfortable at large, public events. All of that had changed by the time King Umberto II formally came to the throne. The “Roman Question” had been settled and the Church was furiously backpedaling in the face of the upcoming referendum on a republic, trying to encourage the public to support the monarchy. It would have been perfectly acceptable for King Umberto II to have been crowned with the Iron Crown of Lombardy but, unfortunately, his reign was cut so short by the fraudulent referendum that made Italy a republic that there was never time to even consider such a ceremony.
Posted by MadMonarchist at 12:11 AM