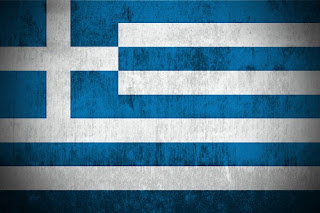 Greece has recently seen another upsurge in violence due to the austerity measures enacted by the EU-imposed government. That is nothing new, such protests have been flaming up at fairly regular intervals ever since the Greek economy hit rock bottom. Just as alarming are new statistics showing that more and more Greeks are fleeing their homeland, anxious to go just about anywhere that is not Greece. More tragically there has also been a 40% increase in the suicide rate since this whole sad episode started. None of this should have come as a surprise to, well, anyone with even half a brain really. When a quarter of the population works for the government (meaning at the expense of the other ¾), spending vastly outpaces income and basic state functions are only maintained by massive borrowing anyone should have been able to see this collapse a long way off. The sad thing is that no one seemed to nor have very many people in the rest of Europe awakened to the basic math involved. Ironically, this was a problem the ancient Greeks figured out thousands of years ago. Democracies never have a very long shelf life because sooner or later 51% of the public figures out they can vote themselves money from the other 49% which they then do until, as Lady Thatcher famously said, they “run out of other people’s money” and the whole thing collapses. 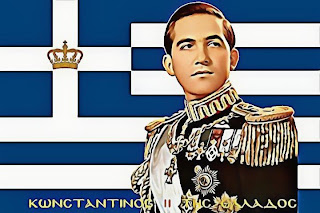 A couple days ago, just for kicks and giggles, I checked the feedback statistics on the videos I have on YouTube. Overall, the ones with the most negative responses were those dealing with the Greek monarchy. New readers might ask, ‘well, maybe those videos just stunk’. Regular readers will know that none of my videos are terribly different from any other; they’re slideshows set to music. There is no reason to like one over another except to like or dislike the royal or royals being shown. It is a small sampling I know, but I had to marvel that the Greek Royal Family attracted such a display of unpopularity. I could not help but think to myself, “This is why Greece is in a mess”. Greece kept getting deeper and deeper into debt and yet the public blindly went ahead electing leaders who vowed to spend even more, which meant borrowing even more, to keep giving them more and more subsidies. As the public was drowning in the Aegean, they kept asking for more water. Similarly, even as their republic is collapsing around them, some still look back on the monarchy with scorn and hatred. I have also noticed that, for a time, some republican loser was going to every video I had done on Greece or specific Greek royals and tried commenting that they ‘weren’t really Greek’. My first reaction was, “Yeah, that’s important to point out because the *actual* Greeks who’ve been running the country ever since have done such a brilliant job!” 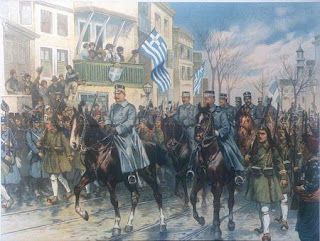 It seems to me, being “foreign” might not be such a bad selling point these days considering that, as a democratic republic, the Greek leaders, elected by the Greeks from among the Greeks have succeeded only in turning the country into such an economic sinkhole that it is threatening to drag the entire Eurozone down to ruin (for which I would be tempted to thank them were it not for all the suffering that will go along with it). Once again, I, the certified nutcase, marvel at the behavior I see around me that seems totally and utterly insane. That anyone in Greece or observing from abroad can look at the current state of the Greek republic and still say, ‘thank God we got rid of that monarchy and took this path’ seems to me to be either sheer madness or severe mental retardation. Of course, I realize it is probably more a case of years of indoctrination by the media and brainwashing by the school system. Any normal, free thinking person would at least be willing to look at the mess the republic has made of things and at least entertain the speculation that perhaps, maybe, just possibly, getting rid of the monarchy had been a mistake. I, of course, believe it was a mistake but even someone who is not a staunch monarchist should at least look at the ruination around them and consider the question seriously. 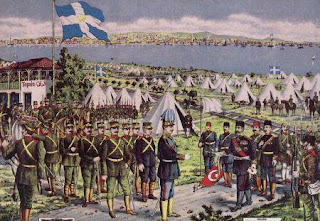 Granted, we all know that the Greek monarchy did not have the most solid and peaceful reign in history. King Otto was overthrown and chased out, George I was assassinated, King Alexander was killed by monkeys (no, I’m not joking), King Constantine I abdicated, came back and later had to abdicate again, George II had to leave during World War II and had to appoint a regent because of republican opposition to him, Paul alone managed to have a “normal” reign but then his son King Constantine II was overthrown by a military coup. Obviously, this is not the happy history we like to see and fortunately it is the rare exception rather than the rule. Another reason, perhaps, it is tempting to view the current Greek crisis as nothing new (maybe some people like a constant state of crisis, who knows?) but it is important to look closer. Under King George I the Hellenic kingdom expanded considerably. The republic has certainly done nothing to unite the Greek nation or reclaim ancestral properties. At the current rate it might be forced to sell what it has to some neighboring power. We can also recall that, in a prior period of economic constraint, King Paul willingly cut his own budget and even donated extensive personal properties to the state. Needless to say, subsequent republican leaders have not done likewise. 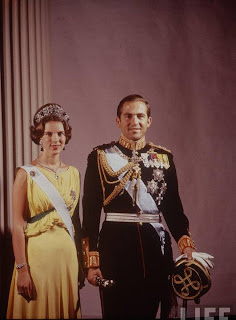 So, Greeks can complain about the harshness of the feather-weight cuts of Prime Minister Papademos, glow with pride recalling President Papoulias supporting Turkish entry into the European Union or just stare at Eva Kaili but one thing it seems that cannot be done is to question the overall political system that brought Greece to this sad state of affairs. If you do, you might realize that the President was a founder of the socialist movement whose policies drove Greece into debt, that the prime minister came from the same elite international banking background that encouraged Greek dependency and that, for example, King Constantine II had always worked to ensure justice and honesty in government (imagine that) and that the military regime he was blamed for supporting announced their seizure of power to him while surrounding the palace with tanks -yeah, looks like they were best buddies to me… But no, no, no, we hear always the universal cry of the modern masses, from Greece, across Europe and America as well, the impassioned plea, “Don’t confuse me with the facts!”
Posted by MadMonarchist at 12:22 AM