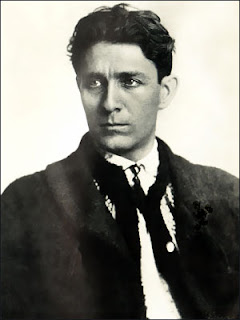 This subject is sure to be a controversial one. Few people outside of Romania have probably ever heard of Corneliu Codreanu and for those who have there is one label that is usually associated with him and that label is not “monarchist” but rather “fascist”. Of course, this is partly a result of how free and loose people are with tossing around the fascist label. More often than not, today a “fascist” is no more than someone the mainstream does not like. This is not helped by the fact that even those who actually claim to be fascists have no real idea of what that means. Sure, if you meet one, they will assure you they know exactly what it means but, and feel free to test this if you like, ask more than one what it means and each one will give you a different answer. In other words, even they don’t know so there’s no real point in you or anyone else wasting time trying to figure it out. For the most part, it is an epithet and nothing more. Corneliu Codreanu was like some other people who have been given the fascist label but compare him to others still and he was quite different. Unlike Franco but like Hitler he was, undoubtedly, anti-Semitic (no getting around that) but like Franco and unlike Hitler he was a very religious man. I should also add that his anti-Semitism was not the genocidal sort, which is important to keep in mind. Unlike most people who claim to be or are accused of being fascists Codreanu was also openly monarchist though few if any remember this point.

Corneliu Zelea Codreanu was born on September 13, 1899 in Husi, Vaslui County, Romania. His father was a teacher from Bukovina in what was then Austria-Hungary and his mother was of German ancestry. During World War I he was too young to be conscripted, tried to enlist anyway and ended up in a military academy while never seeing combat. At this early period in his life he first developed his adamant opposition to communism. He blamed the communists for much of the suffering Romania endured during World War I (the country was swiftly conquered by Austro-German forces) because it was the communists who had taken Russia out of the war and robbed Romania of their closest and most powerful ally. Over time his hatred of communism would grow deeper as his own opinions solidified. He was a devout son of the Romanian Orthodox Church whereas the communists were atheistic. He was an ardent Romanian nationalist whereas the communists were internationalists. He rejected equality as either real or desirable whereas the communists not only espoused the equality of all but were determined to use force to realize it. In short, they were the embodiment of everything opposed to what he held most dear. This was also the root of his anti-Semitism.

Like many at the time he viewed the Jews as being behind the communist revolutionary movement. That would have been enough to warrant his opposition to the Jews in Romania but he had other reasons as well. One level was religious. His ideal was a purely Christian Romania and the Jews were of a different faith. His nationalism also engendered his distrust of Jews who were a nation without a country of their own, living in Romania but, as he saw it, always remaining Jews first and Romanians second. Had a Jewish state existed at the time one can imagine Codreanu, for all his much talked about anti-Semitism, being totally supportive of it. As he grew older and more involved in politics he took a very dim view of the world around him. Having studied in Berlin he was sickened by the chaos and depravity rampant in the Weimar Republic of Germany. When Mussolini and his Black shirts (the actual Fascists) successfully pulled off their “March on Rome” he applauded them, as did many in the world at the time who were certainly not fascists, for putting a stop to the threat of a communist revolution in Italy. Yet, there were few men more unlike Codreanu than Mussolini, an atheistic republican who had been a lifelong socialist.

After a rough time in the world of right-wing politics in Romania, in 1927 Codreanu formed the Legion of the Archangel Michael. He dressed his followers in green shirts and made all new members swear an oath to die for Christ. This group would later better be known as the Iron Guard though members continued to be called “legionnaires” throughout the life of the organization. The group was adamantly Romanian Orthodox and while other groups shared certain parts of their platform it was their zealously religious nature that made the Legion stand out from the others. They rejected capitalism as materialistic but were, of course, staunchly anti-communist and their economic policy was never well developed. They were most defined by what they were opposed to which included, of course, communists, freemasons, liberals, democrats, homosexuals, atheists and any non-Christians. Codreanu also left no doubt that he was opposed to the idea of a republic though many overlook this today. It is also important to remember that during much of this time the Romanian monarch, King Carol II, was opposed to the Iron Guard and doing his best to thwart them in favor of his own political program. Nonetheless, Codreanu was open about his feelings on monarchy and his words bear repeating. 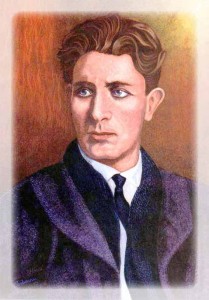 Codreanu himself said, “I reject republicanism. At the head of races, above the elite, there is Monarchy. Not all monarchs have been good. Monarchy, however, has always been good. The individual monarch must not be confused with the institution of Monarchy, the conclusions drawn from this would be false. There can be bad priests, but this does not mean that we can draw the conclusion that the Church must be ended and God stoned to death. There are certainly weak or bad monarchs, but we cannot renounce Monarchy. The race has a line of life. A monarch is great and good, when he stays on this line ; he is petty and bad, to the extent that he moves away from this racial line of life or he opposes it. There are many lines by which a monarch can be tempted. He must set them all aside and follow the line of the race. Here is the law of Monarchy.” One can speculate that the invocation of race in speaking of the monarchy was perhaps in reference to the fact that King Carol II had a girlfriend who was from a Jewish background which irritated a great many people. In 1937 the Legion placed third in national elections but King Carol II came down hard on them as he was himself trying to establish his own royal-political regime and would tolerate no opposition.

In 1938 King Carol II dissolved Parliament and began ruling on his own. Codreanu was swiftly arrested and on the night of November 29-30 was strangled to death along with several of his compatriots by the police. The Legion was almost wiped out, began even more radical and finally achieved some measure of power under the pro-Axis dictator General Ion Antonescu. However, the general soon turned against them, removed their members from power and with German support succeeded in wiping out most of them. What Codreanu would have thought of those cruel and violent years no one can say but he certainly would have considered himself fortunate that he did not live to see the decades of Soviet domination over his beloved country. He was not a perfect man and can be criticized for many things but his love of country and his sincere faith certainly cannot be questioned.
Posted by MadMonarchist at 12:48 AM