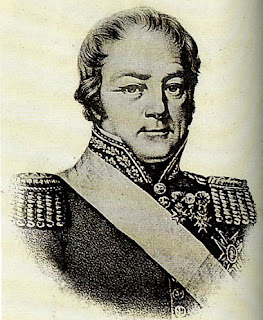 Among the ranks of royalist counterrevolutionaries in the world, few hold such esteem as the monarchist rebels of the Vendée uprising. Those who lost their lives are martyrs, both for their faith and in a political sense for their sacrifice in the face of the oppression and terrorism of the French Revolution. Their leaders are among the greatest heroes France has ever produced; which is quite a statement by itself. One of the lesser known leaders in that great cause was Charles Sapinaud de la Rairie. He may not be as famous as the likes of Charette, Rochejaquelein or Stofflet but he was no less committed to the same great cause of ‘God and King’. He was born Charles Henri Félicité Sapinaud de la Rairie on December 30, 1760 in Sourdis castle at La Gaubretière he enlisted as a cadet in the Foix Regiment (later the 83rd Infantry) in 1778. His was peacetime service, doing his duty admirably but lacking any opportunity to prove himself. In 1789, after obtaining a commission as a lieutenant, he resigned from the army and returned home. He was respected enough to be drafted into the political arena, promptly being elected mayor of La Gaubretière.

Sapinaud was greatly disturbed by the outbreak of the Revolution and particularly the increasingly radical and anti-clerical course it was taking. When the Vendée counterrevolution broke out in March of 1793 he willing joined the royalist ranks. Although he did not have such extensive military experience as some, he had more than others and the counterrevolutionaries were desperate for leadership. It is often forgotten (probably intentionally) that the uprising in the Vendée was a spontaneous act of popular rebellion against the Revolution, it was not something organized by aristocrats. It was the common people who rose up and then demanded that their local nobles and people with military experience take leadership. Initially, Sapinaud served under his uncle, Charles Sapinaud de La Verrie who was part of the “Catholic and Royal Army of the Center” under General Charles de Royrand in the eastern Vendée. When his uncle was killed on July 25, 1793 at the battle of Chantonnay Sapinaud succeeded to command his division. A couple months later Sapinaud led his men in the Virée de Galerne campaign through Brittany and Normandy. Overall, the campaign was a disaster for the royalists and the counterrevolutionary army was routed at the battle of Le mans on December 13, 1793 in the course of which Sapinaud was separated from his men and lost. However, he made it back to the Vendée and, like most, was as determined as ever to try again.

General Royrand had died of complications after being wounded in battle the previous month and Sapinaud took his place as commander of the Army of the Center which he led into battle against the “infernal columns” into 1794. These were particularly vicious republican troops who waged a campaign of absolute terrorism on the royalist population, committing unspeakable acts of cruelty, humiliation, perversion and sacrilege. Needless to say, the royalists fought these beasts with all the strength they could muster. Yet, the “Grand Catholic and Royal Army” was hampered by a lack of unified command. The republicans benefited from being able to fight them separately but this problem was rectified in April of 1794 when Sapinaud joined with other royalist commanders François de Charette, Jean-Nicolas Stofflet and Gaspard de Bernard de Marigny to join forces against their common enemy. However, there were still problems as Charette and Stofflet often quarreled with Marigny. Marigny was, shall we say, one of the more “zealous” counterrevolutionaries who was not averse to being as brutal toward the republicans as they were to the royalists. He was also proud and resented being treated as a subordinate by Charette and Stofflet. Finally a court martial was held and Marigny was condemned to death though Sapinaud was not among those voting for his execution. He went rogue and fought on his own for a while before being arrested by Stofflet’s troops and shot on July 10, 1794. Most of his men who did not give up after that blow joined with Sapinaud’s command.

All of this is added to the brutal truth that the war was not going well for the royalists, for numerous reasons. They were isolated, outnumbered, lacking weapons, lacking in training and discipline and everything else one would expect from an army of peasant soldiers who would often have to leave the army and go home to look after their farms. Finally on February 17, 1795 Charette and Sapinaud sign the Treaty of La Jaunaye with the republicans, putting into effect a cessation of hostilities by which terms the property of the counterrevolutionaries and their freedom of worship was guaranteed. Although far from ideal, the fact that the republicans agreed to the terms that they did shows how successful the counterrevolutionaries had been. Nonetheless, not everyone would agree as many, understandably, refused to come to terms with the republic under any circumstances (particularly after the “infernal columns” had butchered tens of thousands of people). Scattered fighting broke out anew a few months later and Sapinaud was quick to rejoin the fight on October 3, 1795. 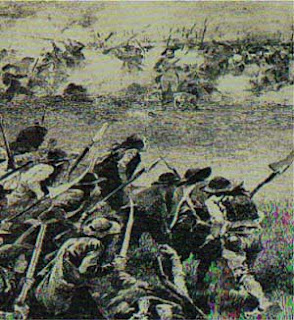 However, this was a greatly reduced force all around. In quick order such famous royalist leaders as Stofflet and Charrete were captured and executed by the republicans. Sapinaud continued to resist but was down to only a handful of men and realizing that to continue would result only in the needless deaths of the small band with him he finally agreed to terms of peace at Nantes in late January, 1796. In the aftermath, he tried to carry on with his life and find some measure of domestic happiness, marrying Marie-Louise Charrete the following year. However, the unrest in the Vendée was still far from over. The royalists were simply never going to accept the republican and anti-clerical regime holding power in Paris. On October 15, 1799 fighting breaks out again and Sapinaud returns to command his old army. However, the royalists were thrown into confusion over the Coup of 18 Brumaire by which the Directory was overthrown by Napoleon Bonaparte, replacing it with the Consulate. The counterrevolutionaries became divided between those who wanted to continue the uprising as before until the old Kingdom of France is restored and those who see an opportunity for an easier success by coming to terms with the new Consul.

Napoleon, not wishing to waste resources diverting men to suppressing royalists in France, lays out peace terms. They cannot have the king back of course, but he was willing to respect their rights, their freedom of religion and exempt them from conscription so that they will not be forced to fight for a cause they do not believe in. Sapinaud decided that it would be wiser to come to terms with Napoleon and he accepts the proposal, signing on to the agreement on January 18, 1800. He watches as a spectator while Napoleon launched his grand campaign of conquest across the continent only to ultimately be defeated by the combined forces of the great powers. To his great joy, after Napoleon was defeated in 1814, the Bourbon monarchy was restored. In appreciation for his service with the counterrevolutionary army, King Louis XVIII commissions Sapinaud a lieutenant general in the revived royal army. When Napoleon returned from exile and restored himself (briefly) to power as Emperor, Sapinaud again took to the field in rebellion in favor of the King in 1815. 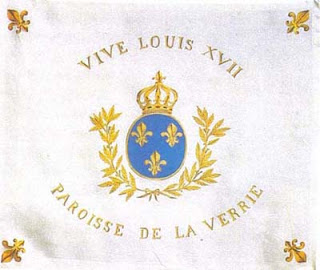 Napoleon was forced to divert troops from his most critical campaign in order to put down the latest uprising in the Vendée. Sapinaud briefly became even more significant in the royalist hierarchy following the death of the heroic Rochejaquelein. Sapinaud temporarily took his place A few days later he turned over command to Charles d’Autichamp. The uprising during the Hundred Days is not often remembered and it did end in defeat at the battle of Rocheservière, after which Sapinaud again made his peace with the authorities. However, it was still extremely significant in the final defeat of the First Empire and the restoration of the Bourbon monarchy. At the most critical point in his career Napoleon had to divert troops to deal with the counterrevolutionaries and had he not done so, if those forces had been present at Waterloo, it is possible that they might have tipped the balance in Napoleon’s favor. Wellington might have been crushed earlier in the day after which Napoleon could have turned and caught the Prussians between himself and Marshal Grouchy. It is speculative of course, but that last uprising in the Vendée just might have made the difference in the final defeat of Napoleon. In any event, overall, Sapinaud lived happily ever after. When the Bourbon monarchy was restored he was again rewarded for his loyalty and service by being made a duke and Pair de France. He died in his hometown of La Gaubretière on August 12, 1829.
Posted by MadMonarchist at 12:11 AM