Off Topic Tuesday: The Case of Captain Wirz 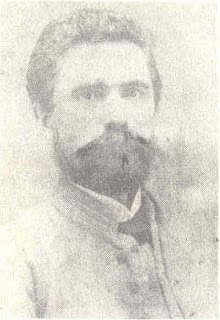 I am an admitted sucker for hard-luck cases, and the case of Confederate Captain Henry Wirz, commandant of the interior of the Civil War military prison at Andersonville, Georgia is one of the hardest of all. Unhappy in his native Switzerland, he came to the southern United States at a time when Americans distrusted most foreigners. His first language was German, which made it even worse, and he was a convert to the Roman Catholic Church at a time when many in America were militantly anti-Catholic. He worked as a doctor before joining a Louisiana infantry regiment at the start of the American Civil War. At the battle of Seven Pines he was wounded by artillery shrapnel which left his right arm paralyzed and in constant pain.

As a sergeant, Wirz served on the staff of Brigadier General John H. Winder, the officer in charge of all prisoners of war taken by Confederate armies. He proved so effective that he was later commissioned as an officer and, due to his European origin and ability to speak English, French and German, was sent to Europe by the southern government on a diplomatic mission, though records of his actions or goals are scarce. Nonetheless, after coming home on a blockade runner he was placed in charge of the stockade at the newly built prison camp at Andersonville. 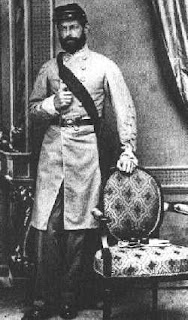 An important point, which many post-war northerners refused to take into consideration, is that the job Wirz had of commanding the interior of the prison was a very difficult one in which he had a great deal of responsibility, but almost no power to take any action. Supreme authority rested with General Winder as the officer in charge of all POW's, while the command of the post, or Camp Sumter as was the official name, went to his son Richard Winder and all regiments and canon batteries on guard duty had their own officers, most of whom outranked Henry Wirz and did not take kindly to a lowly captain making demands on how their troops were to be used. The only direct power Captain Wirz had was over the interior of the prison and whatever guards were on watch around the stockade. This job therefore meant that Wirz was the one most often seen by the prisoners as "boss", and the one who was subsequently blamed for their every misfortune, while he actually had almost no power to make any major changes to their welfare.

Throughout the rest of the war, when given the opportunity, Wirz proved that, while he certainly had no love for the yankees, he did what he could to improve conditions in the prison. This included such things as moving the hospital outside the stockade, establishing a more efficient method of organization, and numerous attempts to improve sanitation and provide some form of housing for the prisoners. However, in areas such as this, Wirz was constantly hampered by a lack of proper materials. Andersonville, it must be remembered, operated during the last half of the war, at a time when the southern states were in a situation of extreme poverty. When massive numbers of Confederate soldiers and civilians were enduring poverty and starvation, it is hardly surprising that captured enemy soldiers would often be forced to do without as well.

After the war, Captain Wirz would be forced to stand trial for every misery endured by the Union prisoners, and indeed many which were total fabrications, whereas it is easy to see that, in fact, most of the privations these men were forced to endure was the fault of their own government. The first general culprit was the Union blockade, which choked off all imports to the south. The south had almost no industry of any kind, and the majority of crops grown were tobacco and cotton, so when it came to basic necessities the south depended on imports for almost everything. Finally, there was the refusal of U.S. General Ulysses Grant to continue the program of exchanging northern prisoners for southern ones in U.S. prison camps. Grant knew that the north had a huge manpower advantage over the south, and so decided to fight a war of attrition. Unfortunately, this meant that Andersonville would at one point hold around 33,000 prisoners when it was built with the intention of holding only 8,000. 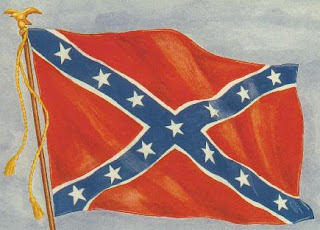 During their captivity many of the northern troops became extremely disgusted with their leaders who seemed to care so little about their horrific suffering. They even sent a petition with thousands of names to Washington D.C. demanding that the exchange program be re-opened. During the trial of Captain Wirz, his lawyer attempted to have this admitted as evidence, but was denied on the grounds that it made the late President Lincoln seem uncaring(?!). Much the same unfairness was shown at the end of the war when Wirz was held prisoner and put on trial for war crimes. Favorable witnesses were threatened with the loss of their pardons if they spoke on his behalf, any sort of rumor or allegation was admitted so long as it was against Captain Wirz. By this time, Lincoln was dead and the north wanted blood. Captain Wirz, commandant of an infamous prison, a foreigner and a Catholic seemed the ideal target. Shortly after the trial he was hanged in the courtyard of old Capital prison; the only man to be executed for war crimes during the Civil War. In recent years the Daughters of the Confederacy erected a small monument in honor of the maligned Captain Wirz at Andersonville, Ga.
Posted by MadMonarchist at 12:21 AM