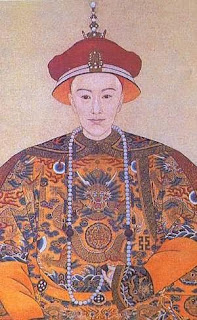 One of the great “might have been” figures of late Imperial China was the weak but romantic and high-minded Emperor Guangxu, the last monarch but one of the Qing Imperial Dynasty. He was born Prince Aisin-Gioro Zaitian on August 14, 1871 to Yixuan, the first Prince Chun (son of Emperor Daoguang) and Yehenara Wanzhen who was a younger sister of the formidable Empress Dowager Cixi. He had little time for a normal childhood when Emperor Tongzhi died in 1875. Empress Dowager Ci’an (second empress consort of Emperor Xianfeng) first suggested the family of Prince Gong to carry on the family line but Empress Dowager Cixi blocked that idea and instead put forward her nephew Zaitian for the job. The Imperial Family agreed, Empress Cixi adopted her nephew as her own son and on February 25, 1874 the four-year-old boy formally became Guangxu (“The Glorious Succession”), “Great Emperor of the Great Qing Dynasty, Grand Khan of Tartary, the Son of Heaven and Lord of 10,000 Years”. For the sake of tradition he was legally declared the successor of Emperor Xianfeng rather than Emperor Tongzhi but “Holy Mother Empress Dowager Cixi” continued to rule herself as regent. 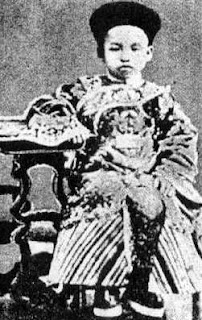 As a child, Emperor Guangxu was terrified by the Empress Dowager and remained intimidated by her throughout his life. However, he had a good relationship with his tutor (later the Minister of Revenue) Weng Tonghe, a Confucian scholar who had previously been tutor to Emperor Tongzhi. As he grew up there was no escaping the fact that Imperial China was being overtaken as the preeminent power in East Asia. The British had moved into Burma, France was in control of Indochina, Russia was taking a greater interest in the region, Japan was rapidly modernizing and China seemed to be standing still. As he grew into adulthood, Emperor Guangxu became more concerned with this situation and finding a way out of the downward spiral China seemed to be in. His tutor, Weng Tonghe, suggested a reform-minded mandarin named Kang Youwei who, in turn, recommended to the Emperor others who were committed to reforming Chinese society. Empress-Dowager Cixi retired to the Summer Palace, leaving politics behind (or at least so she claimed) which put Emperor Guangxu in actual control of China for the first time. With the support of men like Kang Youwei and Liang Qiqao, in June of 1898 Emperor Guangxu began what is now known as the One Hundred Days Reform.

Emperor Guangxu, and his entourage of like-minded mandarins, issued a veritable flood of imperial edicts aimed at reforming virtually every segment of Chinese society. The idea was to remake the Qing Empire along lines inspired by western countries and particularly the Empire of Japan. Just like the Japanese they hoped to create a modern infrastructure, economy, military, educational system and even a constitutional government with representative assemblies but doing it all within the traditional imperial system and with the Emperor retaining final authority. However, while Japan had modernized at breathtaking speed, Emperor Guangxu was trying to go even faster and Chinese society reeled from the impact of all the proposed changes. It also upset the old order which went looking for help at the door of Empress-Dowager Cixi. These included many officials Emperor Guangxu dismissed for being incompetent at worst or opposed to his reforms or reform schedule at best. There were also those who stood to lose power or position as a result of the reforms. Some were also genuinely concerned that foreign powers stood to take advantage of China through the flood of reforms, gaining influence in details of the mountain of edicts Emperor Guangxu put his seal on. 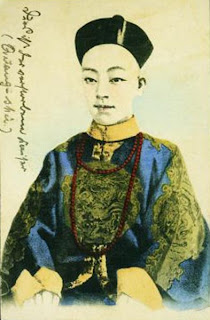 Empress Dowager Cixi and her supporters gathered military support with the aim of effectively deposing Emperor Guangxu to put a stop to all the drastic changes. A key figure was General Yuan Shihkai who was put in charge of the primary defensive force around the Emperor. However, at a key moment, he threw his support behind the Empress-Dowager whose own military forces, led by General Guwalgiya Ronglu. His troops surrounded the Forbidden City, took Guangxu prisoner and this was followed by an edict from the Empress-Dowager which effectively declared the Emperor unfit to rule. He was placed under house arrest, deprived of all rights and privileges and was under constant surveillance. Some wished to depose him formally while other traditionalists recoiled at this and wished him to remain powerless but still nominally emperor.

Some of his supporters were executed by the Empress-Dowager, others punished in lesser ways and some, like Kang Youwei, fled the country and founded the “Protect the Emperor Society” to advocate for a constitutional monarchy for China. Those who viewed Emperor Guangxu as being duped by foreign powers felt their prejudice confirmed when he opposed the Empress-Dowager declaring war on the great powers of Europe and the United States in support of the Boxer Rebellion. He could not influence events at all of course and was eventually proven correct when the Boxers and regular Chinese forces were defeated by the Eight Nation Alliance (Great Britain, France, Italy, Germany, Austria-Hungary, Russia, the United States and Japan) which saw the foreign armies take Peking, even the Forbidden City and ransacking the place. Emperor Guangxu was persuaded by his favorite consort (the tragic “Pearl Concubine”) to treat with the foreigners himself but before he could do so the Empress-Dowager had the concubine thrown down a well by her eunuchs and when she fled the Forbidden City in disguise ahead of the foreign armies, she took the Emperor with her. She was greatly offended when the foreign officials stated that any agreement had to be made, at least nominally, with Emperor Guangxu rather than herself since he was, legally, still the chief-of-state. 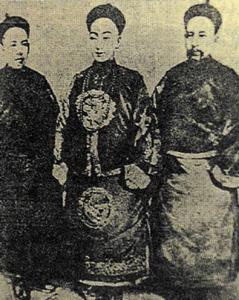 Once the foreigners withdrew from Peking the Emperor was returned to the Forbidden City where he was still kept isolated and confined, indulging his childhood interest of tinkering with clocks and assorted gadgetry. It seems he still had hopes of putting China on the path he thought best once the increasingly old and frail Empress-Dowager passed away. He still had loyal supporters outside of China, and a few within the country, who might rally to him and restore him to power on that occasion. However, the most widely accepted version of events is that the Empress-Dowager was not allowed to run the risk of that happening and so, when she was herself on her deathbed, ordered Emperor Guangxu to be poisoned. Whatever the case may be, he died suddenly on November 14, 1908, only one day before the Empress-Dowager, at the age of 37. His successor, Aisin-Gioro Puyi, later said that he had been told that Yuan Shihkai had employed a eunuch to murder the Emperor and then had the eunuch murdered to cover his tracks for fear that he would be executed for treason if Guangxu ever returned to power.

The funeral for Emperor Guangxu was the last such ceremony China would ever see. The Republic of China, which came into being after 1911, funded the building of his mausoleum in the Western Qing Tombs as part of an agreement made with the late dynasty. Republican leader Dr. Sun Yat-sen even managed to praise Emperor Guangxu for his open-mindedness and commitment to reform and even post-civil war communist historians have been less inclined to be harsh toward him. His efforts at widespread reform may have been rushed and not handled in the proper way yet many still point to his reign as a great opportunity lost. One cannot help but speculate about what might have been if he had been allowed to see things through as he wished. Might Imperial China have become a modern, constitutional monarchy, enjoying the advances of modern innovation while remaining faithful to long-held traditions? We can, of course, never know but it does provide a precedent which can be pointed to as an alternative for monarchists in China to this day. If China were to ever become the modern monarchy he envisioned, Emperor Guangxu would finally be vindicated in his vision for the future.
Posted by MadMonarchist at 1:06 AM