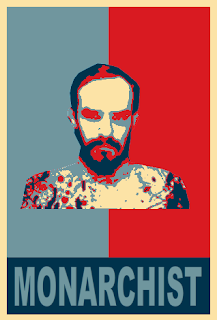 What sort of year has 2011 been for the world of monarchy? Overall, I am pleased to say, I think it has been a good year. That is not to say, of course, that there were no problems, but on the whole it seems as though the good news has outnumbered the bad. The biggest royal domination in the news has been in the field of romance; one of the few things these days everyone still mostly agrees to be a good thing. We saw pomp and pageantry on display (by the monarchy that tends to do it best) with the wedding of the Duke and Duchess of Cambridge. One would be hard pressed to find almost anyone in the world who missed that event. And from the biggest monarchy in the world we say another wedding in just about the smallest monarchy in the world when Prince Albert II and Princess Charlene of Monaco were married in an event that was very Monegasque -small but stylish. We also saw the marriage of the heir to the Prussian and German thrones, Prince Georg Friedrich to Princess Sophie von Isenberg, and there were flags, gongs and Buddhist dancers galore out in force for the wedding of the King of Bhutan. And, after their own wonderful wedding, Crown Princess Victoria and Prince Daniel of Sweden announced the upcoming birth of a new heir to the Swedish throne. All very happy occasions and all generally well received by the public.

There were, sadly, some unfortunate royal events as well. At the top of that list would have to be the passing of His Imperial Royal Highness Archduke Otto of Austria, heir to the thrones of Hungary, Bohemia etc and a long-time force in European politics. He was followed in death later in the year by his brother, Archduke Felix, the last surviving child of Emperor Charles I and Empress Zita of Austria-Hungary. This year also saw the passing of Princess Antoinette of Monaco, Baroness of Massy, the 90-year-old sister of the late Prince Rainier III. Also leaving this life was Leka Zogu, son and heir of the self-proclaimed King of Albania from 1928 to 1939. Although a republic, Albania allowed a state funeral for the occasion. In May, Tran Le Xuan, better known as Madame Nhu, former unofficial First Lady of South Vietnam and a great-granddaughter of Emperor Dong Khanh (and thus a cousin of the last Vietnamese Emperor) passed away in Rome on Easter Sunday at the age of 86. Princess Bui Mong Diep, one of the concubines of the last Vietnamese Emperor also died this year. In perhaps the most tragic loss, in January Prince Ali-Reza of Iran killed himself at his home in Boston after a long struggle with depression. And yet, other royal figures reached milestones of longevity in 2011. King Michael I of Romania and Prince Philip, Duke of Edinburgh, both turned 90-years-old.

There have also been some royal scandals that have been rather painful, Sweden has been particularly hard hit this year with the father of the Queen being accused of having Nazi connections (disproven) and King Carl XVI Gustaf was implicated in some rather unsavory activities that have significantly lowered the public approval of the Swedish monarchy. In Spain, King Juan Carlos underwent knee surgery and later surgery on his heel, which slowed him down a bit though the Queen put to rest any ideas of a potential abdication. However, corruption allegations surrounding the Duke of Palma, husband of Infanta Cristina, caused a PR-problem for the monarchy in Spain, exacerbated no doubt by the debt crisis, which has caused a drop in popular approval for the monarchy though personal support for the King remains high. The always controversial King of Swaziland in southern Africa had to deal with accusations of holding a wife captive (again) and is still criticized for living too well in a poor country while complaining that Swaziland deserves a bailout from the international community. 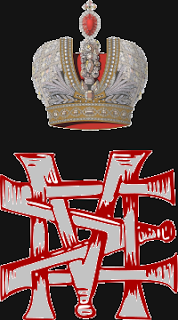 In the wider cause of monarchy as a whole there have been some troubling issues but no great disasters and some cause for hope. The Italian Royal Family was front-and-center at a number of events commemorating the 150th anniversary of the unification of Italy, unfortunately none of them were “official” government events -rather odd considering the event they were celebrating would not have happened without the Savoy royals. Sultan Abdul Halim became King of Malaysia for the second time in another royal transition for that country. In the Netherlands some politicians began calling for a reduction in the role of the Queen in the Dutch government, which is troubling, yet Queen Beatrix and her son and heir the Prince of Orange made a very successful tour of the Dutch Caribbean islands. At a meeting for the heads of government of the (British) Commonwealth of Nations, UK Prime Minister “Call Me Dave” Cameron announced changes in the royal succession to do away with male preference and the ban against marrying Catholics. As part of the so-called “Arab Spring” the treasonous tyrant Colonel Muammar Gaddafi of Libya, who had seized power in a coup against King Idris, was overthrown and killed, opening up at least some hope for a royal restoration there. The King of Jordan began championing democracy and the Kingdom of Morocco became a more limited monarchy. The small, often forgotten Balkan nation of Montenegro even extended official recognition to their former Royal Family, coming about as close as one can to a restoration of the monarchy without actually taking the plunge. 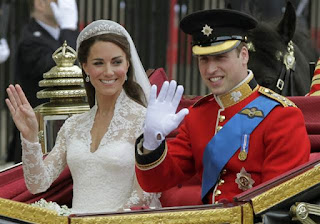 And yet, royal influence could still be felt in some of the most unexpected places. In the Principality of Monaco an over-intoxicated Frenchman was sentenced to six days in jail for insulting Prince Albert II. Prince Alois of Liechtenstein stood up for life and threatened to use the princely veto against efforts to legalize abortion in his tiny country. And showing how vital even limited constitutional monarchs can be, King Albert II of the Belgians managed to shepherd his feuding people through the longest stretch of time any country has gone without a government which was finally ended when Walloon socialist Elio Di Rupo became Prime Minister of Belgium. Overall though, it is pleasing that royal romance has been the dominant theme of 2011 and that all of the marriages have been, on the whole, so well received. The biggest, in terms of both media attention and sheer splendor was, of course, the marriage of the Duke and Duchess of Cambridge. The joining of a dashing young prince and a blushing bride gorgeous enough to cause traffic accidents was made-to-order for a country and a commonwealth which had otherwise had nothing to focus on but looming debts, economic disaster and the occasional riot. The popularity of the handsome young couple has caused many republicans to throw up their hands in despair. And that is just the sort of thing we like to see.

Here is hoping that 2012 will be a year of more birthdays, and given the recent number of royal weddings, perhaps the year of a royal baby boom. Naturally, we also hope 2012 sees some royal restorations. Montenegro now seems a likely candidate, Serbia continues to keep me on the edge of my seat, Portugal has all the right ingredients and although I was hopeful for a time about Russia, I am becoming somewhat less so. Putin seems willing to take monarchists to the ball, but reluctant to ask them to dance. Perhaps some other country will give us a pleasant surprise. I would also like to thank everyone who has followed along here in 2011. This year we passed 360 members, 2,000+ subscribers and have around 2,000 people a day checking in to have a look around (the madness continues to spread). I hope everyone comes along in 2012, that you all had a good 2011 and will have an even better New Year.

Thanks again, to you all,
Your resident mad man,
The Mad Monarchist
Posted by MadMonarchist at 12:52 AM

Email ThisBlogThis!Share to TwitterShare to FacebookShare to Pinterest
Labels: 2011, review