The Case for Monarchy: Portugal 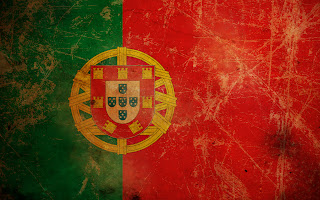 In few other cases can the argument for monarchy be better made than in Portugal and the only argument needed is the historical argument. As a kingdom, Portugal was once the envy of Europe, the little country on the edge of the continent that was on the cutting edge of progress and innovation. As a republic, Portugal has known tumult, in-fighting and gained notice only for being one of the most poor European nations. Even when that trend started to be reversed, it was based on borrowed prosperity and has led to Portugal being known as a debtor country. The contrast could not be more stark. Of course, the history of the Kingdom of Portugal was not one of uninterrupted success. There were certainly low periods. However, under the monarchy the Portuguese showed what they were truly capable of and they achieved truly awesome heights of prestige and prosperity. Under the republic, the low periods have remained but the successes of the monarchy have never even come close to being matched to say nothing of being surpassed. 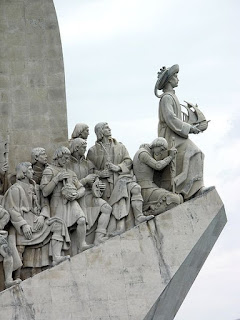 Portugal was born and came into being as a monarchy. The Portuguese kings led their people in the struggle against Islamic domination, creating their own independent country and then leading it to further success on the world stage. The Kingdom of Portugal was a center of science and learning, Portuguese explorers in the employ of the King blazed a trail that the other nations of western Europe would follow. They built the first global maritime empire, and one based on commerce and industry rather than conquering vast territories and subjugating populations. They carried the Portuguese language and the light of Christianity to the jungles of Brazil, the farthest, untouched corners of Africa, the subcontinent of India and the islands and great civilizations of the Far East. The Kingdom of Portugal introduced Europe to the world and established business contacts and trade routes that made Portugal the most prosperous country in Christendom and yet also maintained their reputation as one of the most faithful and devoutly religious.

Ask anyone to name the greatest figures of Portuguese history and they will most likely come up with names like King Manuel I, Henry the Navigator or any of the number of great explorers from the golden age of Portuguese history. In short, they will name people from the era of the Kingdom of Portugal. Ask them to name some great or even significant Portuguese figure from the era of the republics and you will be answered with deafening silence. It is not to say that no one from Portugal has done anything significant since then, but that is one of the things that comes with the loss of monarchy. Everything seems altogether more ordinary and mundane compared to countries that are part of the club of royalty. For instance, more people know about Catherine of Braganza, the Portuguese Queen consort of Great Britain, wife of King Charles II, who brought part of India as her dowry and who introduced the custom of drinking tea to England than any of the “first ladies” of even any Portuguese republican official to say nothing of foreign leaders. Even when the Kingdom of Portugal had fallen on hard times in the years prior to the revolution, Portugal was still a country that mattered to the other great powers of Europe because it was a royal country, worthy of consideration for marriage alliances because of their lofty rank. Since the republic, Portugal has been largely ignored on the world stage until recently when her mountainous debts have threatened to cause economic hardship for others. 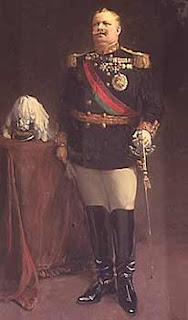 The kingdom may have had its problems at certain points but the leadership of the republic have set new depths to which the standards of corruption, dishonesty and graft have sunk to. In any debate about the Portuguese monarchy and its overthrow, mention will usually be made of the country going bankrupt (twice) during the reign of King Carlos I, the last Portuguese monarch but one. Yet, this was not necessarily an entirely bad thing as modern events should prove. The current government in Portugal should have gone bankrupt long ago, on multiple occasions, but because the politicians who have been breaking the country are able to hide behind the veil of democratic republicanism, their crimes went unnoticed. They artificially kept the country floating on borrowed money, turning Portugal into a debtor nation when a bankruptcy or two when it should have happened might have shocked the public back to their senses and encouraged them to throw out the current lot and install someone better, perhaps even an altogether better system such as a constitutional monarchy in which the King would be available to keep a reviewing eye on the political class who have been juggling the books.

It is truly heartbreaking to see the state of Portugal today. Heartbreaking because it was not necessary, it was avoidable and because a simple look at any history book in the world will show that Portugal is a better country than this and the Portuguese are better people than this. Alleviating the problems in Portugal today should be a very simple matter of checking the historical record. Portugal was once prosperous, vastly wealthy even, with a population known for their hard work, ingenuity and abundance of faith rather than their abundance of debts. All one need do is take a look at the historical record, see when Portugal was at her best and then simply do what they did back then (with some modifications to suit modern times of course). If reform is to start at the top, the first change that should be made is in the highest level of national leadership. If Portugal was greatest when she was a monarchy then she should be a monarchy again. It would not solve every problem instantly of course, but a restored King of Portugal could provide the sort of moral leadership Portugal needs so that the people can be inspired again, united and motivated to help each other and, as in the old days, find new ways to grow and prosper. Only a figure like a monarch could lead such a movement, lead Portugal in restoring her faith, her pride and her pursuit of excellence. And that is why the Portuguese monarchy should be restored in quick order.
Posted by MadMonarchist at 12:16 AM