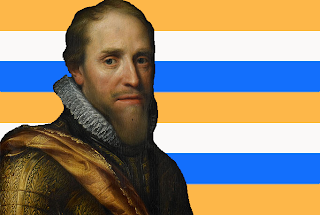 Maurits Van Nassau, Prince of Orange, Stadtholder of the United Provinces of the Netherlands, was one of the great military geniuses of his time and one of the most influential military commanders in the history of war. He seemed to have been destined for martial greatness from the day he was born. That day was November 14, 1567, in what is now Germany, the son of Prince Willem the Silent (who would instigate the Dutch war of independence from Spain) and his wife Princess Anna of Saxony. He was named after his grandfather Maurice, Elector of Saxony, a noted general who greatly expanded the influence of his branch of the venerable Wettin dynasty. He grew up being trained for leadership as, although the emerging Netherlands was republican in style, they looked to the Princes of Orange for leadership. Maurits studied in that great center of German learning of Heidelberg before moving on to Leiden where he was schooled alongside his brother, Filips Willem, the eldest son and heir of Willem the Silent. The Dutch businessmen who were the leaders in their community paid for this education as Willem the Silent had sacrificed the family fortune carrying on the struggle against the Spanish.

As the second son, Maurits van Nassau was expected to be a military leader rather than a political one and he grew up to be what we might now call a rough character. He never married, being totally unsuited to the domestic setting, and preferred the occasional mistress while spending most of his time living rough in the field with his troops (though he did father a number of children by his mistresses). After the murder of their father in 1584 in Delft, Maurits van Nassau took up some positions of leadership right away even though his brother, Filips Willem, became Prince of Orange. There was some, mostly long-distance, trouble between the two and their opposing factions of supporters. Part of this was political and part was religious as Prince Filips Willem was a Catholic and Maurits was a Protestant. Eventually, however, his brother died and Maurits van Nassau succeeded as Prince of Orange and was promptly elected Stadtholder of the United Provinces. As he also held the position of Captain-General and Admiral-General of the Dutch forces, it would be largely left to him to win the war against Spain his father had started for an independent Netherlands. 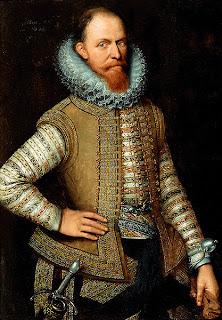 The only way to do this was on the battlefield and there, Maurits van Nassau was a real ‘Dutch master’. He set about his task with methodical and comprehensive dedication the Dutch were known for. He studied the Roman history of warfare, learning from their methods of organization. Mathematically gifted, it was only natural that he would develop a new, more streamlined, method of marshaling troops for battle. Prior to this time, armies were little more than armed mobs, lacking cohesive units and set command structures. Prince Maurits changed this and divided his army up into smaller units (the birth of the modern battalion) which could be much more easily maneuvered on the field. He also developed a totally new method of deployment. The established military wisdom of the day was to arrange troops in very deep formations (military paintings of the period will show huge, solid squares of soldiers jammed together) so that continuous strength could be pushed forward with rear ranks immediately moving up to take the places of those killed. Prince Maurits recognized that this effectively wasted a large portion of the army as those in the rear ranks had to wait their turn at the front-line and, indeed, might go through a whole battle without seeing action at all. Maurits thinned out the ranks into longer lines, pikemen in the middle and musketeers on the flanks, so that as many guns as possible could give fire on the enemy from start to finish.

Some questioned how he would make up for losses and plug gaps in the line with this new tactical formation. That’s where his new battalions would come in. With the army organized into these smaller units they could be maneuvered even in the midst of battle to take up new positions where there was danger. Maurits van Nassau also placed a great deal of emphasis on training and drill in order to accomplish these battlefield maneuvers. He also took care to arm his men with the latest weapons; lighter muskets, muskets with greater range and he organized his artillery according to caliber so that the right weapons could be brought up for the right job. Since the fall of the Roman Empire, battles had more often than not consisted of mixed mobs of soldiers having at each other with commanders having little to do once the battle was joined but to inspire their men. Maurits van Nassau changed all that for good. 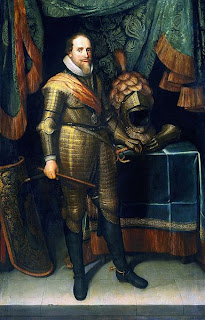 He poured over books on tactics, strategy, astronomy and every possible subject that could help him in his task. Intense study, combined with his own extensive battlefield experience made him one of the great military strategists in Europe. What had been a rather unorganized revolt against Spanish authority became a very organized and state of the art war effort under his leadership. As he lacked the well established authority of a monarch, he also knew that his continued leadership would depend on achieving quick and significant victories. The war in the Netherlands was one dominated by battles for cities and fortresses more than clashes in open fields and so siege warfare was paramount. It helped that Prince Maurits had taught himself to be a master of mathematics and when he set to work on taking Spanish positions his genius was evident. More than in any other field, the legacy of Maurits van Nassau would be most felt in his contributions to the development of siege warfare. He was the first to integrate artillery and engineer units into the infantry and engineering was something necessity had long made the Dutch experts at anyway, which gave them a considerable edge.

In 1590 he took Breda, in 1592 Steenwijk, and Geertruidenberg was captured by his forces in 1593. Prince Maurits also took great care that his soldiers were well trained, disciplined, well paid and that they had competent officers. He encouraged his officers to sit in on classes at local universities and finally established himself the first modern military academy for the specific training of army officers. Many future victorious Dutch commanders as well as future generals in the English Civil War learned their trade under Maurits van Nassau. After securing a string of victories in taking Spanish-held cities, he put his engineers to work building a defensive line that could be easily held while he used his highly expert and fast moving army to continue to harass the Spanish forces in the south. One of his greatest victories came on January 24, 1597 when he moved under cover of bad weather with 7,000 men to attack 6,000 Spaniards at Tournhout. His victory was so complete that Dutch losses numbered only 100 dead while the Spanish lost some 2,500 men. Three years later he invaded Flanders and won another crushing victory at Nieupoort but it was a costly one and this, combined with his long and vulnerable supply lines, convinced him to abandon Belgium and return north. 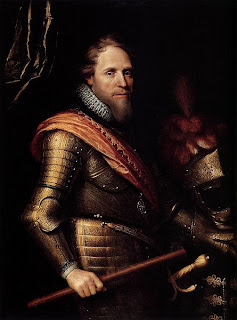 Back in the United Provinces he won a number of smaller battles while also having to deal with a challenge to his political power from Johan van Oldenbarnevelt. From almost the very beginning the Dutch republic was divided between those who favored a more ‘republican’ republic and those supporters of the House of Orange who favored something more monarchial. In the end, for the time being at least, Prince Maurits was successful in making himself the unquestioned leader of the Netherlands. However, the years and battles were catching up with him by that time. He had convinced his half brother, Prince Fredrik Hendrik, to marry and have children to continue the Orange dynasty and soon set back off to continue the fight with the Spanish. However, it would be his last campaign and accomplished no stunning successes for the first time in his career. Prince Maurits van Nassau, Prince of Orange, died of a liver problem on April 23, 1625, seeming much older than his 57 years. His life was over but his legacy would go on.

Unlike other great military leaders, Maurits van Nassau never held off hordes of foreign armies nor did he conquer vast tracts of enemy territory. However, his battles were brilliantly conducted and his sieges absolute masterpieces of strategic thinking. His establishment of the battalion as the primary unit of battlefield maneuver set the pattern for armies up until only very recently and his innovations in siege craft, organization of troops and the training of officers is still felt very much today. The great Swedish King Gustavus Adolphus borrowed from his book extensively and, with a few improvements of his own, became one of the influential captains of history. Almost every subsequent giant in the art of war owes something, whether they realize it or not, to the groundbreaking work done by Prince Maurits van Nassau. It would be some time longer before the war with Spain was finally and completely won but it almost certainly would not have happened were it not for the efforts of Prince Maurits and, therefore, the very existence of the modern Kingdom of Netherlands is owed, at least in part, to him and his achievements.
Posted by MadMonarchist at 12:22 AM