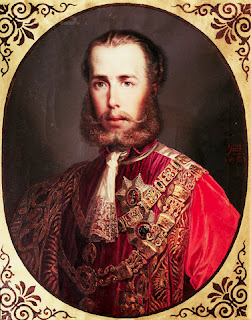 In February of 1857 Archduke Ferdinand Maximilian was appointed by his elder brother, the Austrian Emperor Francis Joseph, Viceroy of the Kingdom of Lombardy-Venetia, that part of the Italian peninsula directly under Austrian rule. It was not an appointment he really wanted to make as he feared Max was too liberal to be entrusted with a great deal of political power. However, it was done, in large measure, to appease King Leopold I of the Belgians whose beloved daughter Charlotte had recently married the Archduke. The Belgian monarch wanted his daughter to be more highly placed than simply being the wife of the commander of the Austrian navy -Austria being less than a major naval power, and the King of the Belgians, by his reputation across Europe and his influence with his niece, Queen Victoria of Great Britain, was a man whose goodwill was important to have. So, the Austrian Emperor made the appointment, entrusting, in name at least, two of the five most important cities in the Hapsburg realm; Milan and Venice, to Maximilian. 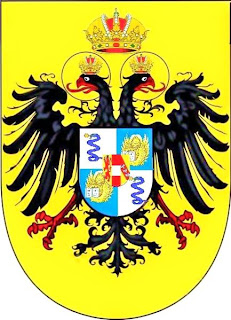 Maximilian was greatly pleased with the appointment, seeing a chance to finally do some good, to show that his ideas of a liberal, benevolent monarchy would prove the successful pattern for the future. The new Vicereine Charlotte was also enthusiastic about the position and, being the studious young lady she was, immediately began teaching herself everything possible about the history of the Italian peninsula, the workings of the government of Lombardy-Venetia and learning the Italian language. The handsome young couple entered Milan on September 6, 1857, only six weeks after their marriage in Brussels. They had first traveled about their new domain in a rather low-key style, observing the region and gathering what information they could, but for their formal entry into Milan they donned their best Hapsburg imperial finery and entered in a sumptuous carriage. Rows of Austrian soldiers in their white coats were drawn up at attention, artillery thundered out a welcoming salute and the bands struck up, in turn, the Austrian and Belgian national anthems. It was a glittering and magnificent affair as they greeted everyone and took up their formal residence in the palace at Monza. Charlotte wrote to a friend about how beautiful and sunny Italy was and how happy she was, both in Milan and with her new husband saying, “Max is perfection in every way”.

However, trouble had been brewing in Lombardy-Venetia for quite some time. All across the Italian peninsula the national sentiment was coming to boil as more and more people became focused on uniting the Italian states and driving out the foreign armies that occupied Italian soil. Some of this was political, some academic but there were also the secret societies who would not hesitate to use violence to see their goal of a single Italian nation achieved. The area had been engulfed in rebellion during the Revolutions of 1848 and the Emperor Francis Joseph was worried about how his little brother would handle that section of the populace who were very much the unwilling subjects of the Hapsburg Crown. Archduke Maximilian had made no secret of the fact that he had long favored granting greater freedom and self-government to the two most significant non-German populations of the Austrian Empire; the Hungarians and the Italians. For the Emperor, who took his example from the very conservative Emperor Francis I, change was to be avoided at almost any cost. For the new Viceroy, change was essential and he thought himself just the man for the job. 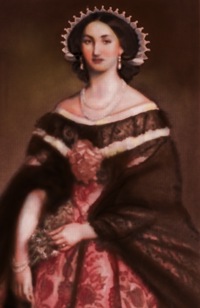 Maximilian hoped to change the reputation of the Austrians in Italy by displays of trust and good will. It was a tall order as many in Italy associated Austria only with repression, bayonets, floggings and executions. Archduke Maximilian, however, was not a militarist of any kind and he walked among his new people alone and without an escort, greeting them and talking to them personally. His handsome face and charming smile won people over and, according to letters written by Charlotte at least, the people began to be won over by his good faith and trust. It was not easy though for one man to change attitudes set in place by years of history and conflict. An often told story was that when Emperor Francis Joseph and Empress Sissi had visited the region earlier troops had to force crowds out onto the streets to greet them and when ordered to cheer for the Imperial couple coming in the third carriage, responded by shouting, “Long live the third carriage!”. At Venice few people attended the imperial reception as crowds gathered to spit and curse at those who did. It was not an easy position Maximilian and Charlotte had been placed in for certain.

The new Viceroy did everything right. He gave to the poor, generously, went personally to help with the seasonal flooding and organized a lottery to benefit the displaced. He did his best to reclaim land, provide more reliable clean water to the cities, improve education and to beautify Milan and Venice. The Viceregal couple attended every local celebration and the people began to respond positively. No one who met them failed to be impressed by them and soon, in their young and idealistic way, Maximilian and Charlotte began to envision a grand future for themselves with their Kingdom of Lombardy-Venetia not being an obstacle to Italian unity but the leader of it and that they might one day become King and Queen of an enlightened united Italy. However, that dream would most certainly never be realized. Many of the people, perhaps even most of the people, truly liked their handsome Austrian Viceroy and his beautiful Belgian wife and appreciated their kindness. However, that personal affection did not extend to political approval. They were still foreigners and in the rising nationalism of the time, that made a difference. Lovely as they might be, they were not Italian and Italy would belong to the Italians and none other. The couple could also expect no cooperation from Vienna in obtaining any greater autonomy for themselves or their kingdom.

Soon, the limitations of their personal popularity became apparent. When parties were thrown at the palace, hardly anyone would show up as those who did would be treated as outcasts or even traitors by their fellow Italians. The aristocracy shunned the Viceregal couple. Undeterred, they tried turned to the middle class for support but again, they would not associate with them. To do so would cause their countrymen to boycott their businesses. The educated class had never wanted anything to do with them since, as usual, it was the university professors who had long been the most adamantly liberal and opposed to Austrian rule. Things finally became so bad that when Maximilian and Charlotte ventured out, such as to the theater or opera, news of their arrival would precede them and the house would be all but empty when they arrived. When there continued to be student protests for Italian unity or when the Piedmontese flag appeared or articles calling for national unity were printed in newspapers, Emperor Francis Joseph in Vienna determined that, as he expected, his brother was being too lenient and firm measures would have to be taken.

Maximilian, of course, resisted this, reasserting that patience and goodwill were necessary to truly win over the public. He also had the audacity to ask for what amounted to autonomy for his kingdom with its own military, governmental, educational and taxation systems. This, Maximilian argued, was the only way to keep Lombardy-Venetia united to the Hapsburg Crown. The Emperor refused and instead encouraged his brother to rely more on the army and police and even went so far as appointing the long-time Austrian army commander in the region, General Count Gyulai, something of a co-Viceroy alongside Maximilian and who would have to co-sign all major decisions. Of course, the Archduke was outraged by this and became more and more depressed with his position. He tried to get around the move by asking to have control of the army himself so that military and civil matters would be united in the office of the Viceroy but the Emperor refused. Maximilian and Charlotte even went to Vienna to argue in person on behalf of their unwilling subjects but they gained not a single concession. 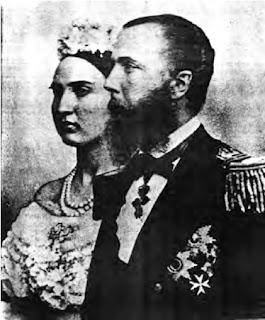 When they returned, things had only grown worse. The Italians still liked the couple but viewed them, not entirely unfairly it must be said, as powerless tools in the hands of those in Vienna they viewed as enemies. It was fair enough as Vienna viewed the Italians as enemies as well. Maximilian was deeply depressed and sent Charlotte to visit her family in Belgian while he remained alone in the palace surrounded only by his soldiers. Soon, in 1859, war clouds gathered between France and Piedmont-Sardinia on one side and Austria on the other. In such a crisis, the Emperor did not feel he could trust his high-minded brother and on April 21, General Count Gyulai arrived with a letter from Vienna informing Archduke Maximilian of his dismissal. Two days later, to the horror of many, including the elder statesman Prince von Metternich, Francis Joseph ordered a general mobilization. In the short Second War for Italian Independence, Lombardy-Venetia was annexed by Piedmont-Sardinia, coming under the reign of the House of Savoy, according to the Treaty of Zurich. In 1866, by the Treaty of Prague, Venice was ceded as well. Archduke Maximilian and Archduchess Charlotte again found themselves with nothing to do, at least until some elegant Latin aristocrats and French officials arrived from Paris sounding out their opinions on the idea of an empire in Mexico…
Posted by MadMonarchist at 12:49 AM