The Return of George II of Greece 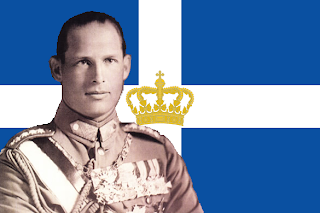 It was today in 1935 that 98% of the Greek public voted to restore King George II to his throne. For those people with short memories who are quick to blame royals for the misfortunes many, like the Greek Royal Family, have been subjected to, perhaps events in Greece today would give them a moment of pause. In light of recent events I would think more people would even sympathize them and the amount of trouble they have had maintaining the Greek monarchy. World War I saw one King pushed out, another set in his place (with a republican prime minister), later the abolition of the monarchy followed by absolute political chaos and then the restoration of the monarchy, under George II, then the establishment of a rather strident nationalist regime only to see the monarch pushed out again by the invading Axis powers. More civil war and more plebiscites were to follow in the aftermath of World War II. The monarchy was reaffirmed, then overthrown in a military coup and now the country is in such a mess it is on the edge of total economic collapse.

Personally, I have nothing but admiration for the Greek Royal Family and marvel at their enduring patriotism and love for their country, even when it has turned its back on them. Given the modern history of Greece, even simply during the time of the current dynasty, I doubt few could blame them if they were to throw up their hands and, as King Amadeus I of Spain said of that country, declare the Greeks to be “ungovernable”. However, they have consistently ignored the slights of the government, the snide remarks of the biased media and always continued to voice their support for the Greek people, their optimism that the situation can always be saved and, perhaps most importantly, to remind the Greeks and the world of the best aspects of the Greek people and Greek civilization. The fact that they remain engaged and remain supportive, standing by their people, I think is commendable and only reveals what an absurd lie is the constant media portrayal of the Greek Royal Family, not just today but for decades past, as insufficiently “Greek”. 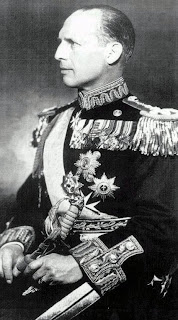 What is unfortunate about King George II, especially in light of what happened to the last King of Greece, is that he is often accused of being the instrument of ambitious generals and the two he is most associated with were General George Kondylis (who arranged the plebiscite that restored him to the throne) and General John Metaxas who ruled during the early years of World War II and the Italian invasion of Greece (he died before the Greek forces were defeated). In the case of General Kondylis such accusations are completely absurd. He had opposed the monarchy in his career, admired Mussolini and agreed to the plebiscite only because he thought George II would be a pliable rubber-stamp monarch. When this proved not to be the case as King George II challenged him on numerous issues, he resigned from office less than a week after the monarchy was restored. In the case of General Metaxas there was a legitimate agreement between the King and the old warrior. General Metaxas had been a life-long monarchist, had remained loyal in good times and bad and, because of the political instability in the country and the growing threat of communist subversion the King felt that granting Metaxas broad powers to establish a more nationalist government was the only way to avoid the conflicts which had seen Greece brought to the brink of ruin so many times in the preceding years.

The “style” of the Metaxas government certainly put off many people. In fact, those who could not see beyond the patriotic organizations, youth groups and Roman salutes were convinced that Greece was going the way of Fascist Italy and they continued in this ignorance practically until Mussolini’s troops marched across the Greek border. It is important to remember as well that Greece was another country (one of many) which felt cheated by the outcome of World War I. They had fought amongst themselves over the conflict and once drastic measures were taken to join the Allied side, Greece was promised considerable territorial gains at the expense of Bulgaria and Turkey. The Allies, however, did little to fulfill these promises and when the Greeks tried to take matters into their own hands they were given barely token support and were humiliatingly defeated by the Turks -their most long-standing enemy. Given all of this, what happened after the restoration of King George II should not come as a surprise just as it should not be surprising, given the constant political chaos, that many came to view liberal democracy with contempt. 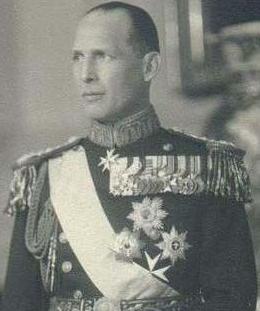 Those who would negatively associate King George II with the (effective) dictatorship of General Metaxas should also remember that, as dictatorships go, the one in Greece was extremely mild. There were no purges, no massacres, no concentration camps and no aggressive wars. All that was done was an effort to unite the public and encourage patriotic nationalism and (this is significant) loyalty to the King as a way of doing that. Certainly, these are not terrible acts and, although this may not be popular, were it not for the united front of the King and General Metaxas and the strengthening of the country that was created, it is entirely possible that Mussolini might have swept through to an easy victory, perhaps even bringing down the British position in the eastern Mediterranean in the process. As it was, King George II was always very pro-British, pro-Allies and Metaxas will always be given credit for his defiance of Mussolini and staunch defense of the country. People should remember this when they “blame” (as it were) the Metaxas regime on King George II. His restoration to the throne had been a good thing, a golden opportunity for Greece, and had not World War II intervened, he could have gone on shoring up the security and stability of the country, preventing the civil war of World War II and after that took so many lives and, in the end, solved nothing but setting Greece back to the unstable position it was in prior to his restoration.
Posted by MadMonarchist at 12:12 AM