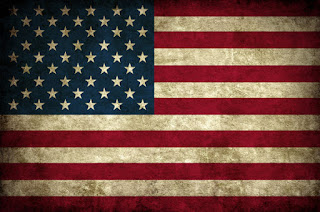 The “Super Committee”, surprise, surprise, turned out to be a super-failure. The media is covering this like it is big news but no one really expected anything different. It was a cop-out when they first formed it, it was never serious and neither side really wants to solve anything. You know it isn’t serious when their goal was to cut, at most, about a whopping 3% from the “budget” when the USA is now over $15 trillion in debt. The biggest expense, far and away, is entitlement spending and the Democrats made it very clear that they would not even consider cutting that back at all. They are not serious. Of course, the Democrats claim that the Republicans are the problem because they won’t consider any tax increases on those horrible rich people but, honestly, that is campaign fodder and nothing more because everyone knows that even if the wealthiest 1% were taxed *totally* -I mean if the government took every last dime they had, it would fund the United States for a grand total of about six months. The Republicans are right on this one -the USA has a spending problem, not a revenue problem. That is a fact.

It is also true that the Democrat war on the rich to increase revenues is simply campaign fodder because they were offered a deal that would close tax loopholes (used almost exclusively by the very wealthy) which would increase revenues to the government while not actually raising taxes. They refused it. One would think they would want to close these loopholes anyway, deal or no deal, but of course not. In case anyone thinks I am being unfair, let me assure you that I still don’t believe the Republicans, by and large, are being sincere in their sudden concern with the national debt. Where was this concern when George W. Bush was President for eight years and spending money like there was no tomorrow? I don’t buy it. They don’t get it either and when I look at the crop of GOP presidential candidates I am only further convinced that the Republicans still just don’t get it. They just sound a little better lately because the Democrats keep doing things that are blatantly retarded. Voting against a balanced budget amendment, for example, because it is just a “Republican ploy”. Really, how on earth, when the country is $15 trillion in debt, do you argue that balancing the budget is a bad idea?

President Obama never wanted this “Super Committee” to accomplish anything because he wants the narrative of his reelection campaign to be, “Things suck, but blame the ‘do-nothing’ Congress, don’t blame me”. The Republicans don’t really want an agreement either because they want the campaign narrative to be, “Things suck, fire Obama and elect Governor Romney” (who looks like the dad in the ‘came with the frame’ family at Sears). Obama keeps whining that the Republicans are “putting party before country” but let’s be adult about this. They both put party before country and this is not anything new. This is business as usual. Obama’s problem, and one reason why he has had to whip up the class warfare rhetoric to the point that there is riot police in the streets, is because he purposely allowed himself to be way, way over-sold. Expectations for George W. Bush were so low, any time he managed to string together a coherent sentence people were impressed. Obama, on the other hand, came to power as the great leader who would unite the country, rebuild Washington, save the planet, save the economy, make our enemies love us, make the oceans recede and lions sleep next to lambs. Obama has had some pretty dramatic successes (by his way of thinking) as President, yet everything that is bad seems ten times worse because he sold himself as being the super-man who could be all things to all people and solve every problem with no fuss or trouble.

Even if I were to give the Super Committee the benefit of the doubt as to their sincerity, the fact of the matter is that in the United States today the opposing sides have virtually nothing in common anymore. Take someone from east Massachusetts and someone from east Texas; they may as well be from different planets. The people of the red state/blue state divide agree on absolutely nothing, not on morals or values, not on economics, not on foreign policy, not on the proper role of government, not on the environment, not on the constitution. They fundamentally disagree on what the United States itself is or should be about. Nor can I hold out much hope for compromise. They don’t agree on the most basic judgments of “right” and “wrong” so how can you compromise on any moral or social issues? Pragmatism doesn’t come in to it. You have one side pushing for European social democracy when you can look over to Europe and see the failure of social democracy with your own eyes, yet still they push for it so, obviously, pragmatism is out of the question.

What do I think will happen? Search me, I’m no prophet. I can say I don’t think it beyond the realm of possibility that the USA begins to break up. When low tax, business friendly states start to have to foot the bill to bail out high tax, welfare states America could start down the path Belgium is on. It may also be, as Ron Paul has warned before, that the US dollar will become worthless and states will start to simply ignore the federal government and go their own way. Compromise seems even more unlikely to me as I notice the recent rise of the libertarian movement. For the uninitiated these are basically conservatives who have given up on social issues (they are pro-abortion, pro-gay marriage, pro-legalized drugs) but hard-line on upholding capitalism and keeping the government out of economics. More and more conservatives seem to be going this way as they basically give up on the social issues because they don’t like being the “bad guy” who opposes gay marriage. Yet, they are absolutely opposed to any of the limits to capitalism that past conservative governments have made. As the Democrats drift more toward socialism and the Republicans drift more toward absolute capitalism, moral issues will no longer be an issue and there will be no room for any compromise or concessions at all between these two diametrically opposed world views.

It’s not a rosy picture, but then I’ve never been accused of being all sweetness and light.
Posted by MadMonarchist at 12:16 AM