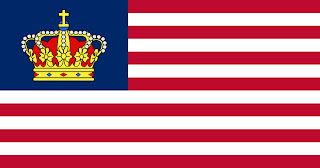 Several hours ago the CNN New Hampshire debate for the GOP primary was held. Yes, June of 2011 and the race for the presidency is already well underway. A few people have asked my opinion of the GOP candidates (so far) and though I'm certainly not going to stump for any of them, no matter who the winner is (and certainly not here of all places) here are some of my opinions on those who participated in the debate for those of you who may be interested:

Rick Santorum: I like Senator Santorum, he’s a pretty solid conservative and has been consistent on economic and social issues, he has a realistic view on foreign policy and he has stuck by his principles even when it was clearly going to cost him votes. I think he is a basically good man and I would have no trouble in voting for him. However, he nailed his colors to the mast of no gay “marriage” and as such can never get elected. He led the charge to pass a constitutional amendment to define marriage as being between a man and a woman (failed to pass) and the gay/lesbian community and their allies will never forgive him for that. The homosexual lobby is far too influential, mostly due to their predominance in the media.

Michele Bachmann: I have a mostly favorable view of Congresswoman Bachmann. I agree with her on economic and social issues and I have a better opinion of her than most, she’s a relative newcomer and has had less time to be corrupted. However, I am put off by how often she seems to resort to slogans and sound bites. Some might applaud her for staying “on message” but I don’t like simple repetition of slogans. She seems like a nice lady, I could vote for her and she does seem to be getting better. However, past experience makes me wonder if that is real growth or just becoming better acquainted with how to play the game.

Newt Gingrich: The Speaker shot himself in the foot early on but my biggest problem with him has always been on moral grounds. Recently he had a religious conversion and he’s made a documentary about Pope John Paul II and done a couple interviews on EWTN. If all of that is genuine -great. God bless him. However, he was having an affair with his current wife while still married to his second wife and he was having an affair with his second wife while still married to his first wife. After a certain point a pattern of behavior becomes evident. He’s wasting my time.

Tim Pawlenty: Again, during primary season candidates do nothing but try to tell their voters what they want to hear and Governor Pawlenty has been doing that. There is something about him that rather puts me off though. In the debate (Monday night) he backed down from criticism he made of Governor Romney only the day before and that made him come off as just cowardly. If he would say it behind his back he should have been able to say it to his face. That was a big negative for me.

Ron Paul: Okay, I will admit to a little partiality for the one Texan running, I don’t agree with him on everything though. On economic issues and constitutional issues absolutely no one is anywhere near as correct as Congressman Paul. He is the only one who fully understands why our economy is in shambles and who appreciates the danger of our devaluing currency. He worries me a little on social issues (not much, but a little) and he just plain worries me on foreign policy -though even there he is probably right more often than wrong, I just worry the wrong could get us killed. I could easily vote for him but the problem is that in our system one man, even as brilliant as Ron Paul, cannot fix things all by himself and no Congress would ever go along with the changes a President Paul would (rightly) want to make.

Mitt Romney: So far Governor Romney is the front runner and I have already heard members of my own family say it is time to accept the inevitable and for everyone else to hush up and fall in. Sorry, cannot do it. I have serious issues with Romney and he cannot explain them away. The best thing I can say about him is that he stood up for his religion in a bold way in the last campaign rather than distancing himself from it. I admire his courage in doing that but he’s a Mormon and frankly, well, I’ll just say it, Mormons give me the creeps. I don’t see how anyone can honestly believe that Jesus and Satan are brothers, American Indians are Jews or that they can be protected by their magic underwear. Call me a bigot but that’s how I feel. Anyway, on other issues, despite supposing to be an economic wizard, Romney was pro-abortion when running for Governor of pro-abortion Massachusetts and then became pro-life before running for President in the last election. That seems insincere to me and abortion is an absolute no-compromise issue with me. He was also pro-gay agenda back then but has switched now. He also gave Massachusetts socialized healthcare and now thinks socialized health care is a bad idea. Sorry Mitt, I just don’t trust you.

Herman Cain: Seriously? He’s…I mean we are … seriously? What do you do when you have run businesses and had your own talk show? Run for President of the United States if you’re Herman Cain. I have heard a lot of conservatives fawning over this man and I cannot really understand why. Granted, he makes a lot of sense and he is very honest (it helps having never been a politician) but his lack of any experience at all in government shows with some of the obvious mistakes he has made. I also cannot get over the feeling that Herman Cain is being touted by some people to run against Obama just as GOP cover for charges of racism -and that would be sad. Again, I like most of what he says but we are talking about someone by whom Sarah Palin would be an ‘elder veteran statesman’ in comparison. Now is not the time.
Posted by MadMonarchist at 12:28 AM