Monarch Profile: King Albert I of the Belgians 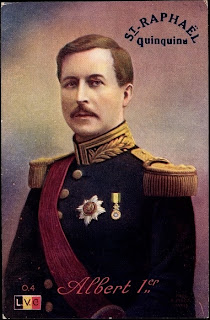 The future third King of the Belgians was born Prince Albert Leopold Clement Marie Meinrad on April 8, 1875 to Prince Philippe Count of Flanders and Princess Marie of Hohenzollern-Sigmaringen. On the surface he would have seemed unlikely to ever become a monarch. He was the second son out of five siblings in his own family and his own father was the third son of the first Belgian king. However, after the death of the only son of King Leopold II and the death of his father and older brother Prince Baudouin, Prince Albert became heir to the Belgian throne. He was only 16 when his father became heir to the throne but even by that time he had the makings of a great monarch. His parents ensured that he was well grounded and sincerely religious. He was serious and studied hard and from the first moment he knew he would become king someday he set to work preparing himself for that task. The reputation of the Belgian monarchy had suffered during the reign of Leopold II and Albert was determined, even as a young man, to set a new tone.

Part of this new tone was to be the domestic life of the Royal Family. In 1900 he married Duchess Elisabeth of Bavaria in Munich, beginning what would be a very long, happy and fruitful marriage marked by mutual respect and devotion. The succession was also quickly secured as the following year Princess Elisabeth gave birth to the future King Leopold III. In 1903 another son was born, Prince Charles Theodore, giving Belgium an “heir and a spare”. In 1906 the family was completed with the birth of Princess Maria Jose, the future Queen of Italy. Albert was a very devoted husband and father who set a fine example in his private life. This, in itself, was quite significant given the unhappy marriage of King Leopold II and Queen Marie Henriette of Austria. Together, Albert and Elisabeth would project a united front of domestic fidelity.

Prince Albert also made himself familiar with every section of Belgian society. He studied the problems of the working class and came up with recommendations to improve their working and living conditions. A firm believer in the principle of “go thyself”, in 1909 he traveled to the recently annexed Belgian Congo to see the situation for himself and what conditions were like for the natives. He had, perhaps, learned from the experience of his uncle, King Leopold II, that it was not safe to simply take the word of officials as to what life was like in the central African colony. He took seriously his duties to all of his future subjects, Belgians and Africans alike, and when he returned home presented a detailed report and recommendations on improving the lives of the natives and for further modernization in the Congo. His role in the rapid improvement in conditions in the Congo is not often stated but it was significant.

Later that year, in December 1909, King Leopold II passed away and his nephew was formally sworn in as King Albert I of the Belgians. Whereas Leopold II wanted his reign to be known for grandeur and greatness, King Albert I, at least in his own life, was best known for his simplicity and moderation. He was a hard working monarch not at all enthralled by pomp and ceremony. He was also a very humble man, reluctant to accept any praise or adulation no matter how well deserved. He wanted peace, prosperity and contentment in Belgium but he was not blind to the growing threat across the border in Germany. He tried to strengthen the Belgian army and give them more up-to-date weapons but was hampered by an uncooperative government and the fact that Germany itself was the source of most of their rifles and artillery. In 1912 his generals estimated that it would not be until 1918 that the military was fully prepared to successfully defend the national territory. As we know, Belgium was not to have that long. 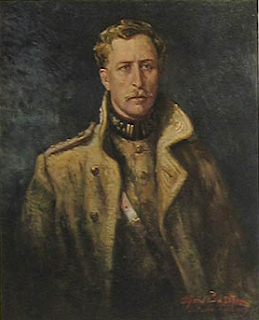 In August of 1914 the ultimatum arrived from Germany stating that Belgian neutrality would be violated and that if resistance was met Germany would consider Belgium an enemy. No effective resistance was expected. King Albert I, however, boldly rejected the ultimatum, famously stating that “Belgium is a country, not a road”. A very upright and moral man, he had no other option. Belgium was bound to neutrality by treaty and if the Belgians had simply stood aside and allowed the Germans to pass through in order to attack France this would be a violation of that neutrality, not only by Germany but by Belgium as well as they would be passively cooperating in the invasion of France. Despite the impossible odds arrayed against them, King Albert I took command of the Belgian army and led a heroic defense of his country. The tall, serene soldier-king of “brave little Belgium” was tailor-made for the newspapers of the day and he quickly became a hero amongst the Allied nations for the stubborn defense of his country. The German timetable was upset and French and British forces had just enough time to rally in front of Paris to defeat the invasion force at the First Battle of the Marne.

King Albert, after being forced to withdraw from Antwerp, pulled back behind the Yser River and established a defensive line on the last corner of his native soil from which the Germans could never dislodge them. It was important to him to remain at the front, with his soldiers, on Belgian soil. He oversaw the rebuilding of the army which had been shattered in the initial invasion and in time they were better armed and equipped than they were at the outset. This was an extraordinary feat considering that almost the entire country was under German occupation and the sector the Belgians had to defend, the Flanders coast, was easily the most miserable on the western front, low, open and constantly waterlogged. As commander-in-chief he also had to oversee the operations of the Belgian colonial forces in Africa, where they met much success. It was a very trying time for the King, but his deep and sincere faith helped sustain him. A devout Catholic, King Albert impressed the importance of religion on his children and when Pope Benedict XV called for a peaceful end to the war he was the only Allied head-of-state to take the issue seriously. Unfortunately, his efforts to arrange peace with the Emperor Charles of Austria-Hungary were thwarted by the other Allied powers.

In 1918, since Belgian troops could only legally be commanded by their King, Albert was made commander of “Army Group Flanders” made up of the Belgian army and elements of the British II Army and French VI Army and he led these forces in a series of successful advances as part of the overall “Grand Offensive” or “Hundred Days Offensive” which brought the war to a successful conclusion by the Allies. There were wild celebrations in Brussels as the King rode in at the head of his army to liberate the country. However, there was no rest for the King as he immediately set to work rebuilding the devastated Belgian economy. He implemented government reforms such as universal suffrage and at the peace conference in Paris obtained reparations payments for Belgium but also showed his magnanimity by opposing overly-harsh treatment of the Germans. He could see, if none of his fellow Allied heads of state could, that the downfall of the German princes and the dissolution of the Hapsburg empire would dangerously destabilize all of central Europe. Alas, his warnings in this area went unheeded.

The interwar years were a period of recovery and King Albert I was kept very busy. He became the first reigning European monarch to visit the United States, paying tribute to the men of the AEF who helped clinch the Allied victory in the war, he opened the first national park in Africa in the Belgian Congo and he showed solidarity with the Dutch-speaking community of Flanders whose region had suffered the most in the war. He also saw his son Leopold married to Princess Astrid of Sweden and his daughter married to Crown Prince Umberto of Italy. When he did have some time for himself he loved mountain climbing. He was climbing in the Ardennes, near Namur, when, on February 17, 1934 he died in a tragic accident. His sudden death was a cause of great mourning and it is probably accurate to say that he was the most beloved King the Belgians ever had up to that time. He was upright, hard working, devoted to his God, his family and his country, courageous in the face of disaster and humble in the face of praise and adulation. He was a great man and a great king.
Posted by MadMonarchist at 12:48 AM