Anniversary of the King of Thailand 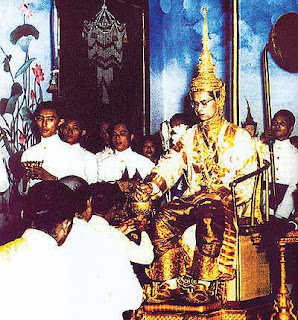 It was today in 1946 that HM Bhumibol Adulyadej became King of Thailand upon the mysterious death of his older brother King Ananda Mahidol. He remains the longest serving head of state in the world today, beloved in his country for his service to his people and respected around the world for keeping Thailand on an even keel during many decades of tumult in the region. Long live the King!

Posted by MadMonarchist at 8:38 AM