The Day the King Left Italy 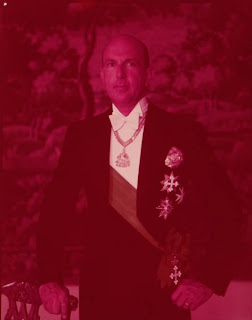 The Kingdom of Italy officially came to an end on June 12, 1946 and the next day, 65 years ago today, HM King Umberto II left the Quirinale Palace in Rome to begin his life in exile. It was the first time since 1003 that a member of the House of Savoy was not reigning somewhere. The loss of the Italian monarchy must rank as one of the greatest injustices to result from World War II. All of the bitterness over the actions of the fascist regime were heaped upon the House of Savoy, in spite of the fact that it was only the presence of King Victor Emanuel III which allowed for the removal of the fascists from power and a

peaceful transition of governments. The referendum which brought about the replacement of the kingdom with a republic was absolutely fraudulent and unfair on almost every level. The downfall of the House of Savoy was also an act of the greatest betrayal as there would be no Italy at all without their leadership, there would be no Italian state and no sense of being "Italian" without the part they played in moderating the radical elements and leading the pan-Italian elements in the cause of national unification. It is also true that, whatever mistakes might have been made, King Umberto II had not made them and, as sadly often happens in the history of fallen monarchies, an innocent King was made to suffer for the crimes of others, in his case, the suffering was to exiled from his beloved homeland for the rest of his life. It was an immense injustice on every level and that injustice will remain until the day that the House of Savoy is restored.
Posted by MadMonarchist at 3:43 AM