The Abdication of King Juan Carlos 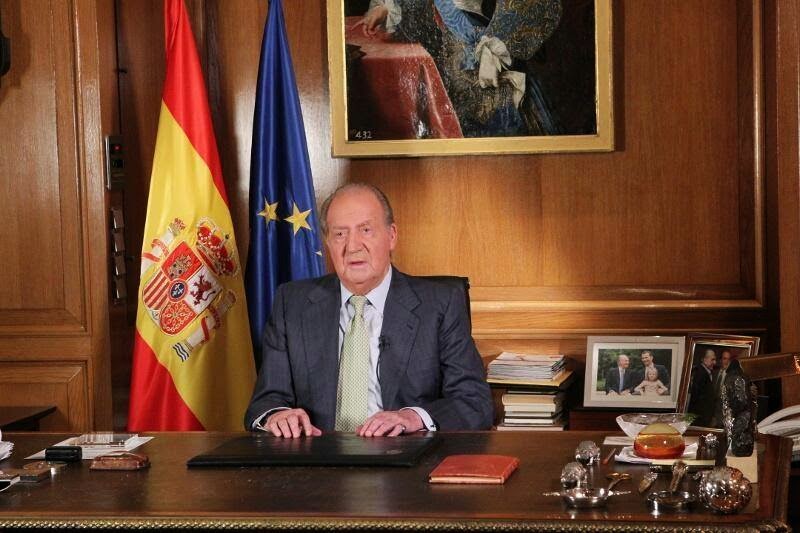 It came as quite a surprise yesterday morning to wake up to news that His Majesty King Juan Carlos I of Spain had announced his intention to abdicate. First seeing it in the Spanish-language media, I even got a second opinion to make sure I was not mistaken (not that the word “abdica” leaves much room for doubt). I had not picked up on any hints about this from the King and HM Queen Sofia had flat out said it would not happen. Obviously, after the absurdly idiotic and hysterical outbursts toward the King dating back to the now infamous hunting trip in Africa (which cost no Spanish taxpayer anything, everyone seems to forget) there were calls for abdication and even some treasonous crowds in the streets demanding an end to the monarchy altogether (and if history is anything to go by, we could count on the “Third Spanish Republic” being the worst one yet). However, it seemed that the King was prepared to shoulder the burden and carry on in spite of all of that, even with increasingly problematic medical problems to deal with. But them, of course, on top of all of that was the legal battles surrounding HRH Infanta Cristina. Perhaps, taken all together, it has become too much for the King to deal with. 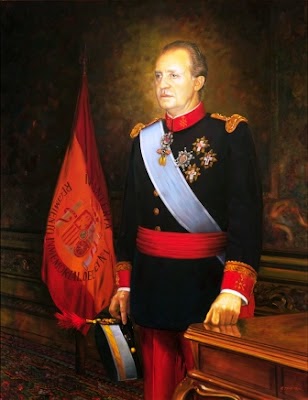 Long-time readers will know that I do not generally regard abdications favorably. Of course, in some countries, it has become such a common practice for so long as to have practically become a tradition, however, I have always preferred the idea of ‘wearing the crown’ as a lifelong commitment, a sort of marriage if you like, in which, like Queen Elizabeth I of England, a monarch is “married” to his or her country, till death parts them. Sometimes it is necessary that a monarch ‘take one for the team’ as with King Edward VIII in Britain or King Leopold III in Belgium and some have pointed out that this may have been the case with King Juan Carlos; that he realized his presence was having a negative effect on the monarchy, that his reputation was not going to recover to the soaring heights it had previously enjoyed and that it would improve the prospects of the long-term survival of the monarchy for him to step aside in favor of the Prince of the Asturias, a young 45, still on the dashing side and untainted by scandal. If that is true, it is to the credit of the King for putting the monarchy before himself, though it would still pain me to see the opponents of the King effectively winning by default. 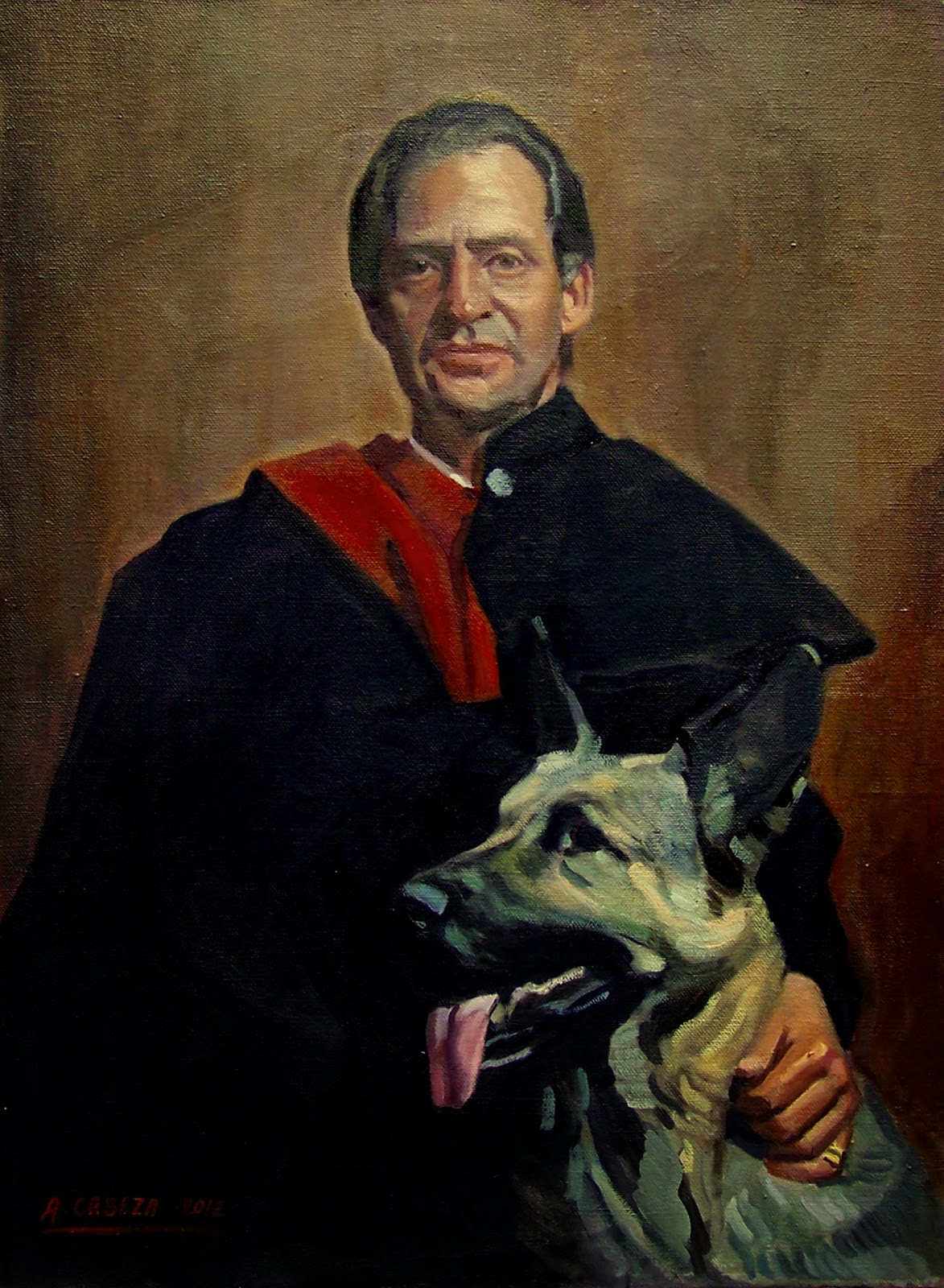 That is my biggest concern; that this will be taken as a victory for all those who made themselves the enemies of King Juan Carlos personally and who orchestrated the whole ridiculous uproar against a monarch to whom every Spaniard owes a debt of gratitude. The entire fashionable trend lately toward abdication is one which I do not look on favorably. I thought Spain was sheltered from it, but it seems such is not the case. Really though, if the Pope can abdicate no monarch handing in their resignation should come as much of a surprise these days. So far (someone will correct me if I am wrong), the last monarch to reign until his death was HSH Prince Rainier III of Monaco. It has a long tradition in the Netherlands, has not been uncommon in Luxembourg, King Albert II of the Belgians abdicated in spite of only one other monarch (his father) abdicating and that under very unique and unfortunate circumstances. Pope Benedict XVI abdicated (at least ‘sort of’) and there has been a good deal of chatter about it in Sweden and some even insist on bringing up the subject in the UK. It is worrisome that this may become such a trendy thing to do that monarchs not inclined to abdicate might feel pressure to do so. 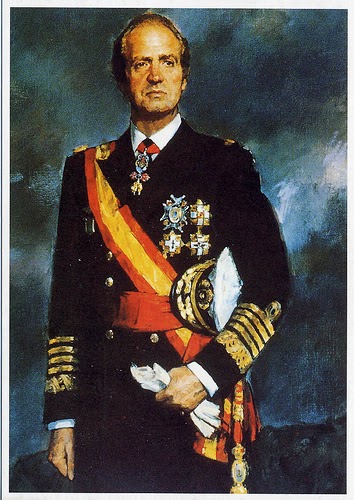 As it concerns King Juan Carlos personally, I am sad to see him go and sad that it came at such a time. True, it may be for the better, but I had hoped he would get through the current unpleasantness and see his popularity restored after the public came to their senses. Rather like how everyone in Britain went hysterically off the deep-end when Diana died and, in time, came to feel rather embarrassed about it and realized that the Queen they had been so critical of was right all along. I was hoping for something like that to happen. Partly, I will admit, is because I like the King of Spain himself and I would hate for his reign to end on a low note. Looking back, I have probably banned or blocked more people for attacking King Juan Carlos than for any other reason. Just as the King would never tolerate anyone speaking ill of Generalissimo Franco in his presence, I would not tolerate anyone slandering King Juan Carlos in mine (or any place I hold sway) particularly questions of his right to the throne which is absurd and which idiocy I have become so disgusted by, I will not tolerate anything of the sort at all. He was a prince who was born and raised in exile but who was not content to stay that way but who actively worked to see the Spanish monarchy restored. I wish more non-reigning royals had the same attitude. 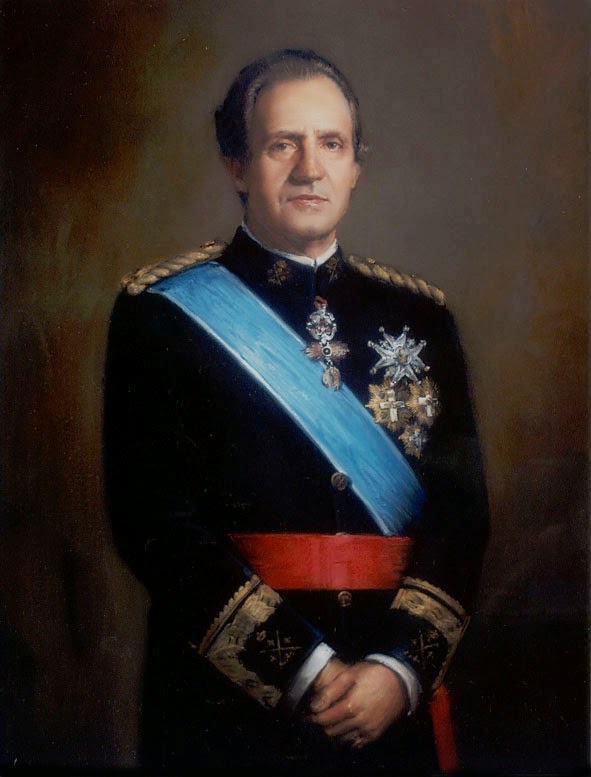 In his message, the King made mention of his past saying, “Loyal to the political wishes of my father, (Infante Juan Count of Barcelona) from whom I inherited the historical legacy of the Spanish monarchy, I have always wanted to be a king for all Spaniards. I identified with your aspirations, felt joy at your successes and suffered when pain or suffering overwhelmed you.” Stability and a freedom that allows for political change without resorting to violence are things Spain owes to King Juan Carlos and yet, he has also never been one to allow popularity to influence him. His refusal to join the crowd in bashing Generalissimo Franco is one is example of this, another (which I will always be grateful for) was his staunch defense of the national pastime of bullfighting which has come under ever increasing condemnation during his reign by animal rights activists. In a BBC interview the King was once pressed on this question and even Queen Sofia, who does not favor the national pastime, compared it to fox hunting in England. It should not escape notice that fox hunting has since been banned in England, despite its long history and place in the culture, yet the bulls continue to run in Spain. He has been known as a monarch who is approachable, down-to-earth but also not above speaking his mind such as when he famously asked the Venezuelan dictator Hugo Chavez, “Why don’t you shut up?”, something that became a pop-culture phenomenon. According to the King himself, the abdication came as a result of a feeling that he was no longer equal to the task required of him. It may be that there was more to it but I do not doubt his sincerity in saying, “My sole ambition has always been, and always will be, to help attain progress and wellbeing for all Spaniards in a climate of freedom. I want the best for Spain, to which I have dedicated my entire life and at whose service I have placed all my ability, my enthusiasm and my work. My son Felipe, Prince of Asturias and heir to the Crown, embodies the stability that is a defining feature of our monarchy. When I turned 76 last January, I felt that the time had come to prepare the handover to make way for someone who is in the best possible condition to maintain that stability”. He went on to praise the Prince of Asturias, to express confidence in the support he will have from Princess Letizia and to thank his own consort saying, “My gratitude also goes out to Queen Sofia, whose cooperation and generous support have never failed me.” That is certainly true and Queen Sofia has always been, in my estimation, one of the most admirable and praiseworthy royal figures of my lifetime. 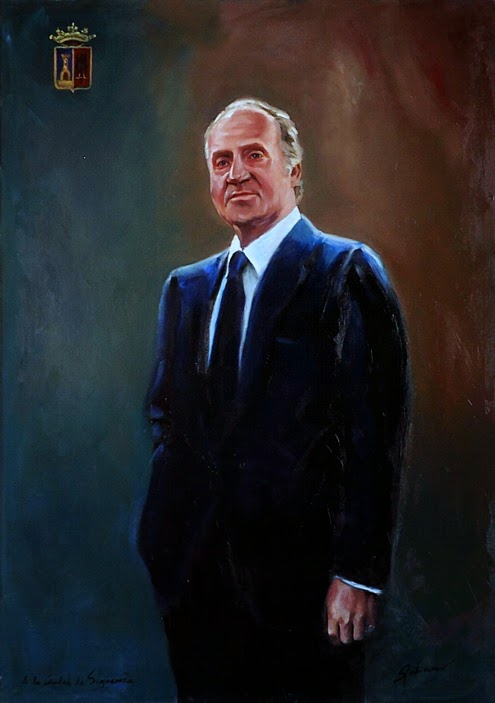 The King ended his remarks by saying, “Spain will always be in my heart” and I have no doubt that is true. I hope the King will always be in the heart of the Spanish people and that, perhaps, with this abdication, a little more sober reflection will be undertaken that will allow everyone to assess the reign of King Juan Carlos as a whole and come to a better appreciation of the man and monarch. I cannot help but to have preferred this change were not happening until God called the King to His mercy but, the decision having been taken, I hope it will be for the best in preserving the Spanish monarchy long-term. King Juan Carlos I has abdicated, long live King Felipe VI!
Posted by MadMonarchist at 12:17 AM