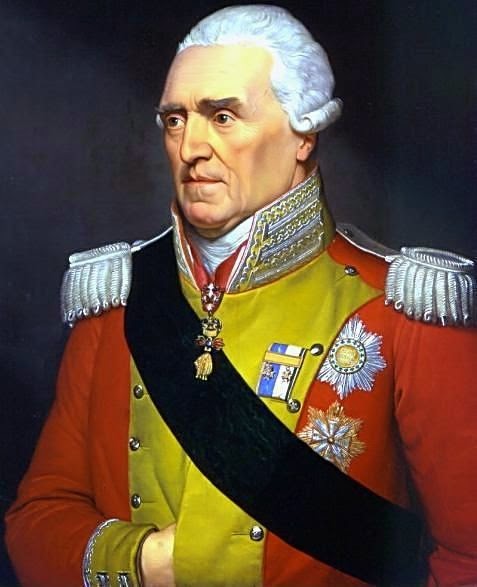 King Friedrich August I: Born in 1750, son of Elector Friedrich Christian and he succeeded as Elector of Saxony in 1763 with his mother acting as regent for him. Early on he was made heir to the throne of Poland but refused to accept the crown for fear of incurring the wrath of Austria, Prussia and Russia. He held back from taking action against the French revolutionaries and was very conservative in terms of the place of Saxony in the Holy Roman Empire, however, the advance of the French under Napoleon pushed him into an alliance against them with Prussia. Napoleon defeated them handily and Friedrich August was forced to make peace with France. He lost territory but saw his country raised to the status of a kingdom and he became the first King of Saxony in 1806. The following year he became Duke of Warsaw after the French, Prussians and Russians agreed on the status of what was left of Poland. In 1812 he tried to restore the Kingdom of Poland but was met with opposition from every other major power. He angered Napoleon by reaching out to the allies and was forced to pay a heavy price for it but he remained on the side of France, despite this, he was able to retain his Saxon crown though Warsaw was annexed by Russia. He died in 1827 beloved by the Saxon people. 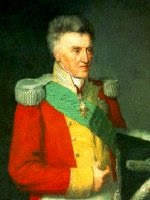 King Anton: Anton succeeded his brother as King of Saxony in 1827. In 1781 he married the unwilling Princess Caroline of Savoy (daughter of King Victor Amadeus III) but she died the following year and in 1787 he married Archduchess Maria Theresa, daughter of the Grand Duke of Tuscany. None of their children survived to adulthood. The ruin of the Napoleonic Wars in Saxony was left to King Anton to deal with and this caused some resentment against him, particularly since he had been given no training to rule as he was the third son and never expected to take the throne. He was 71 when he became King and tried to simply hold things together as he found them. In 1830 the revolution in France sparked uprisings in Saxony which King Anton had to deal with, making changes in the government and in 1831 enacting a new constitution which put limitations on the monarchy and replaced the estates of the feudal era with a bicameral representative legislature. After 1833 Saxony entered the Zollverein which caused an upsurge in trade and improved the economy. King Anton thus went out on a rather high note, reigning over a relatively happy and prosperous kingdom. 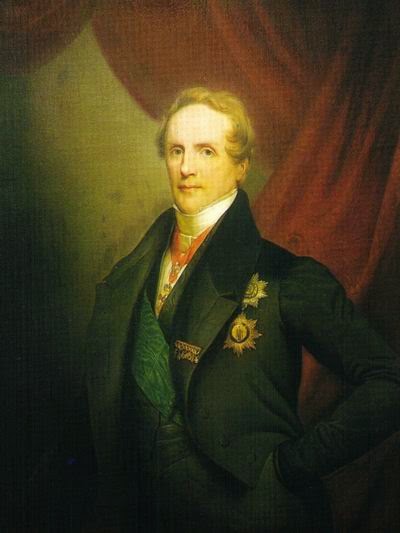 King Friedrich August II: Succeeding his uncle, Friedrich August II became King of Saxony in 1836. He came to the throne with a background of experience as co-regent and a reputation for reform, having earlier been at the front of granting local governments autonomy for the Saxon cities and abolishing hereditary servitude, effectively ending feudalism in Saxony. He preferred to reign rather than rule but would use his authority to intervene when necessary. Married twice, first to the daughter of Emperor Franz I of Austria and later to a Bavarian princess, he never had any children. His instincts were liberal but he was a man of common sense. He reformed the law and when the revolutions of 1848 began to spread, he appointed liberal officials and repealed laws which restricted press and speech freedoms as well as allowing for more democracy. This was very popular but proved to be a mistake and the King realized this and changed course. He closed down the parliament and prepared for a siege in the “Saxon Bastille”, Koenigstein Fortress near Dresden. His troops, aided by the Prussians, were quickly able to suppress the disorder and restore royal rule throughout Saxony. The King died in 1854 in Austria, the victim of a tragic accident.

King Johann: Succeeding his brother as monarch in 1854, King Johann proved to be a very practical and capable ruler. He also secured the succession, marrying the daughter of King Maximilian of Bavaria and fathering six children by her. Development and economic progress were greatly encouraged by King Johann through his introduction of free trade, commercial ties with France and Italy and a major expansion of railroads and other upgrades to the Saxon infrastructure. When German unification was gaining popularity, he remained attached to Austria and favored the “Greater Germany” model that would have included German-Austria. In 1866 King Johann took Saxony to war against Prussia alongside the Austrians but met with a crushing defeat. This was a bitter blow to him and in the aftermath the Kingdom of Saxony was obliged to join the Prussian-dominated North German Confederation. He sent Saxon troops to fight alongside the Prussians in the war against France and subsequently saw Saxony join in the restored (second) German Empire. King Johann died only a short time later.

King Albert: Eldest son of King Johann, King Albert succeeded to the Saxon throne on the death of his father in 1873. An accomplished soldier, Albert had led the Saxon army in the wars against Denmark, Prussia and France in the build-up to the unification of Germany. These were all victories save for the war against Prussia (alongside Austria) but even then, Prince Albert and his Saxon troops acquitted themselves bravely. He supported the alliance with Prussia and fought just as well alongside them against the French as he had previously fought against them in Bohemia. His leadership was often pivotal in achieving victory for the German forces. He became Inspector-General of the Army and a General Field Marshal. As King he was diligent in maintaining law and order, upholding the constitution and in so doing let his subjects get about their business. He stuck to what he knew best which was the army and he was very helpful in establishing the Imperial German Army after unification. Still, he reformed the tax system, enacted measures to care for the poor and presided over another modest expansion of democracy. In 1853 he had married the daughter of the Crown Prince of Sweden (who converted to Catholicism because of the marriage) but the couple never had any children.

King Georg: Succeeding his elder brother in 1902, King Georg had the shortest reign of any Saxon monarch. In 1859 he was married to the daughter of Queen Maria II of Portugal by whom he had eight children. He served under his brother in the Saxon army during the wars with Prussia and France, rising to the rank of Field Marshal. His most controversial act during his short time as monarch arose over clashes with his daughter-in-law Crown Princess Luise of Tuscany. She did not follow court protocol and her personality clashed with that of the King who imagined her being guilty of all sorts of offenses. In 1902 King Georg threatened to put her in an asylum and she fled Saxony, after which the King simply decreed her to be divorced from her son. Emperor Franz Joseph of Austria (her relative) did not recognize the divorce and it was quite an astounding thing in such a staunch Catholic Royal Family. King Georg died the following year in 1904 at the age of 72.

King Friedrich August III: The last King of Saxony had a reputation rather different from that of his father, being known as an affable and often humorous monarch. He did keep with family tradition in having a very respectable military career, rising to General of the Infantry and command of the Saxon Corps before he came to the throne in 1904. As King he was given the further ranks of Colonel General and finally Field Marshal. He was an avid hunter, promoted industry in Saxony and was known for his frank and friendly manner, whether dealing with fellow monarchs or common people. Because of this, he was extremely popular and was seen as a father figure by his subjects. In 1909 he enacted a plural voting system by which those who contribute the most to the country received additional votes as a way of guarding against an electorate voting themselves the property of others. When World War I broke out he transferred his authority over the Saxon army to the Minister of War and had hopes of making territorial gains in Courland on the Baltic, which, of course, did not happen. When revolution broke out in 1918 he refused to set the army on the people but agreed to abdicate, telling them in so many words that they were on their own now. He retired to private life and died in 1932 after suffering a stroke. 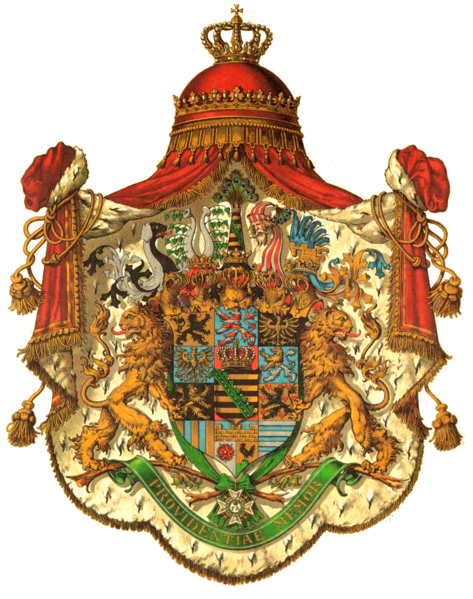