Canada Lost a Good One 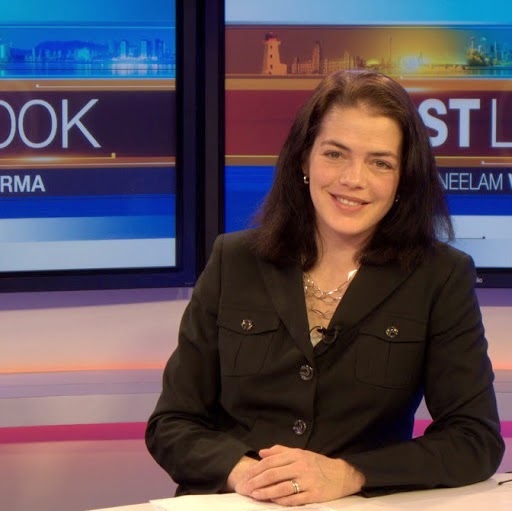 This is somewhat old news, but there is quite a distance between the land of the Lone Star and the land of the Maple Leaf. I was quite distressed to see that Canadian journalist, author and all around super-cool babe Brigitte Pellerin decided in April to exit the public stage and avoid politics from now on. A tweet posted on April 15 said, “I give up. I will not comment on, or get interested in, public affairs anymore” and her personal website had basically the same message, commenting also on how she has “been disgusted by the state of Canadian politics for a very long time” and that she just doesn’t have the energy to go on arguing for smaller, more limited government anymore. This is a terrible loss for Canada in my opinion as I have been very impressed by this remarkable lady ever since she first came to my attention. On the political front, I should make clear, she is a solid conservative, not a raving reactionary lunatic like yours truly but if there were more people with her opinions Canada would be much the better for it.

She has long stood up for traditional values, has been a long-time pro-life advocate and first came across my radar for speaking up against the Quebec separatists removing the Canadian flag from the upper chamber of the legislature. In the course of that report she also mentioned how these politicians disrespect the Canadian monarchy by crossing their fingers or mumbling the words of the oath of loyalty to the Queen while of course having no problem taking salary from Her Majesty. She also mentioned, in that report, that if the Quebecois dislike the Maple Leaf, Canada should bring back the Red Ensign. That made me an instant Brigitte Pellerin fan and I am very disappointed that her voice will no longer be heard. It is Canada’s loss without question. However, her husband is still staying in the fight. He is columnist and commentator John Robson who Canadian readers will probably know and who can be seen on Sun Media (various outlets) and on his blog “I Want My Country Back”. Still, quite sad to see Brigitte Pellerin throw in the towel. It is perfectly understandable but that is one less voice of reason in the national discourse in Her Majesty’s Dominion of Canada. 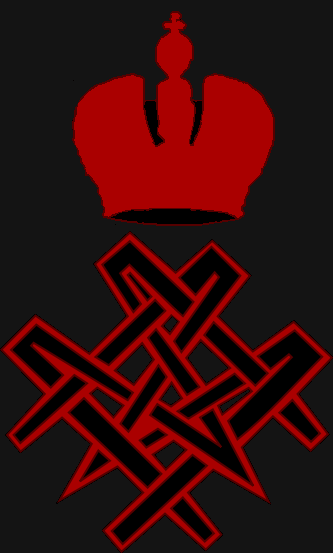 As unfortunate as I think it is that Brigitte Pellerin has removed herself from the public discourse in Canada, I can certainly understand where she is coming from. I have had the feeling myself that it is more frustration than it is worth, a feeling recently given considerable reinforcement. Republican attacks with their idiotic leftist arguments are easy to handle but what is discouraging is the feeling of having to fight both at the front and in the rear with so-called monarchists of the “holier than thou apostate”. Rather than working on taking back what has been lost, they are content to toss it all overboard and just wait for some savior to deliver them and force everyone else in society to submit to their ideal (and none have the same vision of what that ideal would be, making the impossible even less possible -if that’s possible). Republican outrage comes with the territory when one is a monarchist. That I can take, their worldview is fundamentally different from my own. What is harder to take is those who call themselves monarchists but do not actually support any monarchy that still exists today and then even tell me that I am not sufficiently monarchist *because* I support the few remaining monarchies in the world. If this makes sense to them, it certainly does not make sense to me. In a recent conversation with my friend and cohort the Alberta Royalist, he told me that if I had put as much time and energy into promoting communism as I have monarchism I probably would have been given the Order of Lenin by now (or some such thing) instead of the constant string of annoyances from people claiming to be monarchists while not actually supporting any existing monarchy.

I have been actively involved in defending and promoting monarchy for about fifteen years now and it can be very disheartening and some of the things I have been through would probably put anybody off (being reported to the FBI as a spy, being threatened with a lawsuit by someone claiming the Prince of Monaco was paying me to slander him, having several years worth of work stolen and claimed by others etc) and there are times when I have asked myself, “Why do I bother?” I don’t gain anything from any of this. I could be living the good life of a leisurely country gentlemen, buzzing around the ranch keeping an eye on the livestock and oil and gas wells, reading books, catching up on my favorite shows and shooting cute, little fury animals (just to be evil of course) instead of plugging away at a computer day after day, trying to defend monarchy when it seems many so-called monarchists do not see them as being worth defending while republicans still consider them to be worth attacking. That has always been a key point for me, which it seems many do not see the same way, that for all the whining about modern kingdoms being no different than republics, the republicans still think so and still want the monarchies to disappear entirely. “Monarchists” look at a modern monarch and see a ceremonial figurehead with no power who is not worth defending. Republicans see a living reminder of a history and heritage they hate and despise and which must be wiped from public view and recognition entirely.