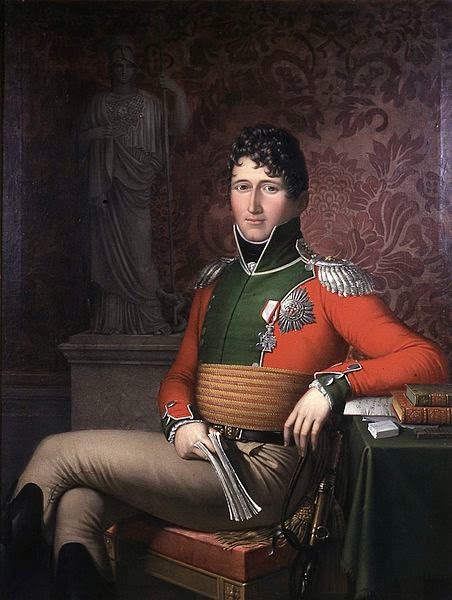 On this day in 1814 the Kingdom of Norway adopted a constitution and elected Danish Crown Prince Christian Frederick to be the King of Norway. This did not sit well with the neighboring Kingdom of Sweden which had lost Finland to Russia and was promised Norway in compensation, also something favored by the Allies who wanted to punish Denmark for a past alliance with Napoleonic France by separating Denmark and Norway. So, the Swedes attacked (led by a former Napoleonic marshal) and the Norwegians were defeated, securing the union with Sweden that lasted until the 20th Century. Prince Christian Frederick was not King of Norway for long but he was able to go on to become King Christian VIII of Denmark.
Posted by MadMonarchist at 12:06 AM