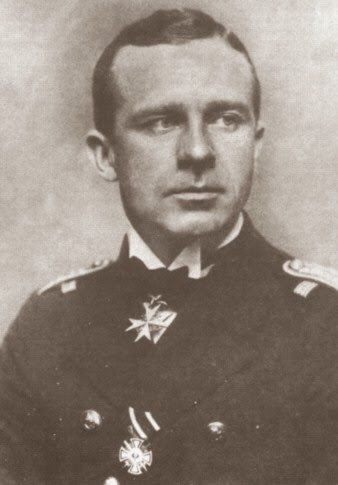 In the annals of submarine warfare there are certain names that have become legendary around the world, regardless of national origin. Names such as Sir Max Horton and George Hunt of Great Britain, “Mush” Morton, Sam Dealy and Richard O’Kane of the United States, Gianfranco Gazzana-Priaroggia of Italy and men like Otto Kretschmer, Wolfgang Luth and Erich Topp of Germany. However, even amongst the best of the best the one name spoken by all submariners with awe and respect is that of Lothar von Arnauld de la Periere. He is not known so much for any tactical innovation or brilliant maneuver but for his character and his record which has never been broken and in all probability never will be. Captain Lothar von Arnauld de la Periere of the Imperial German Navy is, quite simply, the most successful submarine commander in history. Probably no other man in the entirety of naval warfare sent so many enemy ships to the bottom of the sea than he did and he did it all while upholding the most strict standards of humane and chivalrous conduct to the credit of his own honor and the reputation of the German Kaiser’s navy. He may have seemed an unassuming man but in every way to measure a military hero, he more than fits the bill. In his conduct at sea and the results he delivered, he was simply the best there was and probably the best there ever will be. 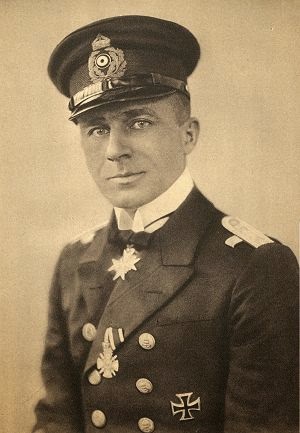 Lothar von Arnauld de la Periere was born on March 18, 1886 in Posen, in what is now Poland but which was then part of the Kingdom of Prussia. Unlike your usual Prussian aristocrat, as his name implies, his family was of French origin. His great-great-grandfather had fought a duel with a Bourbon prince and fled his homeland to join the Prussian army of King Frederick the Great. Lothar was the second child of Eugen Emil Alexander Valentin von Arnauld de la Periere and Bertha Muller. His father was a civil servant but the family was of aristocratic lineage which ensured Lothar would have a place at the cadet school of Wahlstatt. Finishing there he then attended Gross-Lichterfelde and joined the Kaiserliche Marine (German Imperial Navy) in 1903. He first went to sea on the battleship SMS Kurfurst Friedrich Wilhelm which was later sold to the Ottoman Empire and was sunk in World War I by the famous British submariner Sir Martin Dunbar-Naismith of HMS E-11. Later he served on the battleships Schlesien and Schleswig-Holstein before becoming torpedo officer on the light cruiser SMS Emden until 1913 (which went on to fame as a raider in the Indian Ocean). This was good experience for his future in submarines.

When the Great War broke out in 1914, von Arnauld de la Periere did not see action initially. His duties were confined to staff positions which, while important, were certainly not very thrilling. That all changed in 1915 when he volunteered for a transfer to the submarine force. After training in Pola he was given command of the Type-31 submarine U-35 (the Type-31 was the most successful sub class of the war). In the fourteen cruises Kapitanleutnant Lothar von Arnauld de la Periere undertook at the helm of U-35 he cut a path through Allied shipping lanes the likes of which had never been seen before and would never be seen again. His most successful area of operations was the Mediterranean. Awards and promotions followed; the Iron Cross second class, first class, the Hohenzollern House Order and elevation to Korvettenkapitan. In just one month he sent 54 ships to the bottom of the sea, accounting for 91,000 tons and while expending just four torpedoes. That was one of the unusual things about this submarine ace, he very rarely, in fact almost never, attacked while actually submerged. Some may also have found it odd that the crew enjoyed something of a ‘family’ atmosphere and even had a pet monkey onboard, the official mascot of the U-boat named Fipps. 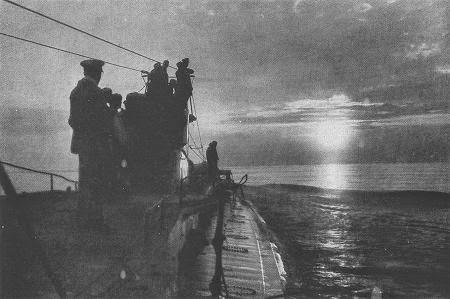 One of the things that set Captain Lothar von Arnauld de la Periere apart from the rest was his insistence on following the established rules for war at sea, even when his government told him it was not necessary to do so. He fought his war in a very honorable and gentlemanly fashion. Almost without exception he would target a ship, surface, inspect the cargo and then evacuate the crew safely to their lifeboats and then sink the target with his deck gun, always anxious to save precious torpedoes whenever possible. In fact, his gallantry even went far above and beyond the call of duty as, if he sunk a ship too far out at sea, he would tow the lifeboats with his submarine close enough for them to row safely ashore. At other times he even risked giving away the position of his own boat by radioing the enemy to let them know where there were survivors who needed to be picked up. To the modest Prussian sailor, however, he found his exploits quite dull and uneventful. 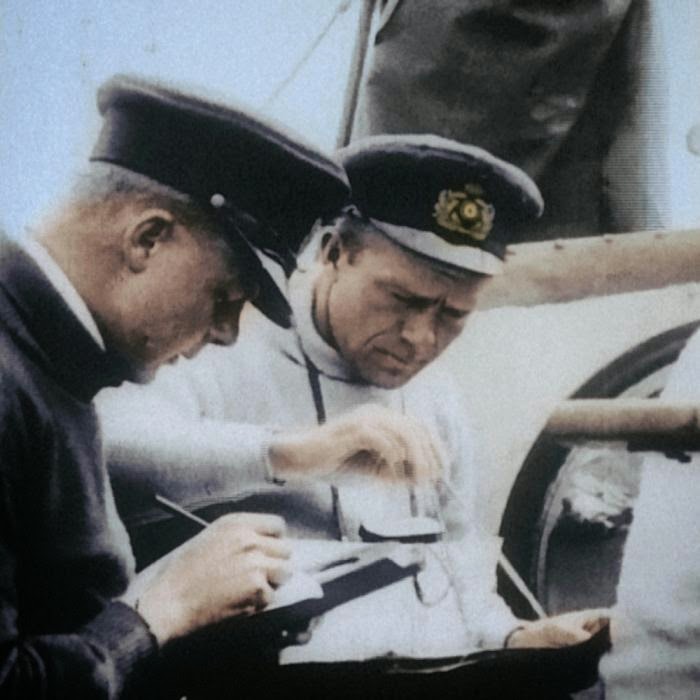 Some may have considered his humanitarian consideration for the enemy too dangerous for his own boat and crew but no one could argue with his results. Decorated by the Ottoman and Austrian Empires he was finally awarded the highest German honor the Pour le Merite (“Blue Max”) for his astounding record. He sank well over a hundred ships at the helm of U-35 and went on to further his record after being transferred to command the U-139 in May of 1918 at which post he finished out the war. By the time all was said and done Captain Lothar von Arnauld de la Periere had sunk over 200 enemy ships, including two warships, for an astounding total of 453,716 tons of enemy shipping destroyed, nearly half a million tons! And, whereas a number of other U-boat captains had (usually unfair) accusations made against them for being pirates or committing war crimes, no one could have ever leveled such charges against von Arnauld who always acted with the highest standards of personal conduct. The only unarmed vessel he ever sank without warning was a troopship in which, unfortunately, the “cargo” that had to be destroyed was the people on board. Other than that, he always did his best and often went to extreme lengths to save lives and bring no one to unnecessary harm. He was an officer and a gentleman in every sense. 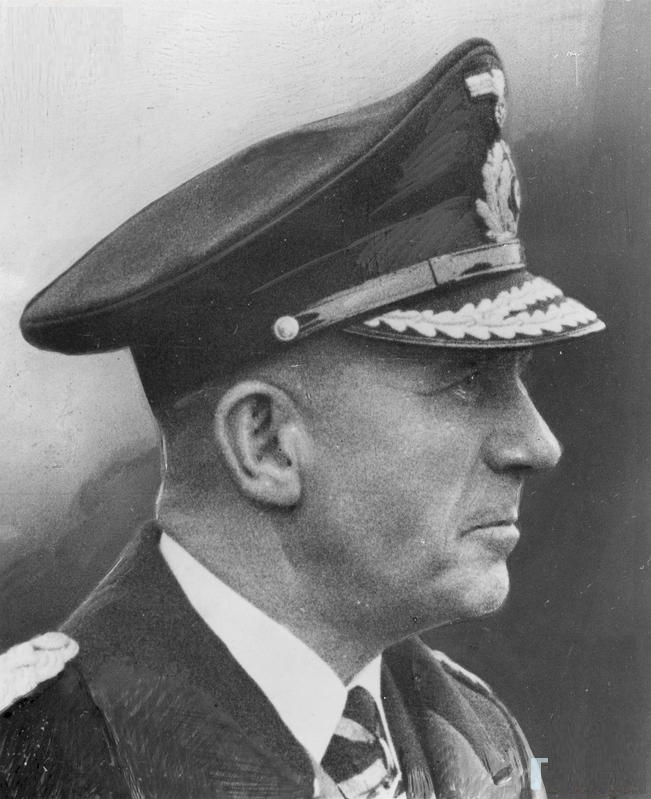 With his matchless war record he was one of the relative few retained for service in the vastly downsized post-war navy of the Weimar Republic. He served as the navigation officer on a couple of old dreadnaughts and later commanded the light cruiser Emden (not the one he had served on before obviously as it was sunk in 1914). From 1932 to 1938 he took a teaching position with the Turkish navy but after the Nazi Party came to power in Germany and began shedding the restrictions of the Versailles Treaty naval officers were needed once again and he returned home. When World War II broke out his rank was reactivated and von Arnauld was given command of the port of Danzig and a promotion to Konteradmiral in the new Kriegsmarine. Later he was made naval commander of the Netherlands and Belgium and eventually, following the conquest of France, of the entire French coast. He held the rank of Vice Admiral, South, when he was killed in a plane crash while attempting to take off from Le Bourget Airport near Paris on February 24, 1941. He was buried with all appropriate honors at the Invalids’ Cemetery in Berlin. 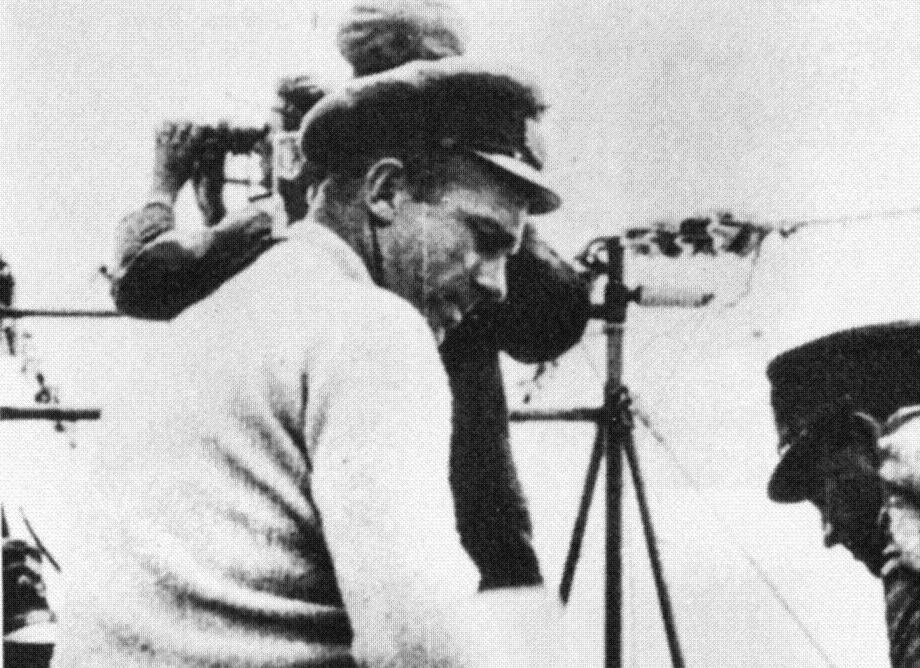 During World War II, of course, Germany would produce many more great submarine commanders, the famous names associated with the ‘Wolf Packs’ of the North Atlantic; Erich Topp, Gunther Prien, Joachim Schepke and of course the top scoring “Silent Otto” Kretschmer. However, even in their much more advanced U-Boats, none of them ever managed to beat the record of the Prussian captain in the white sweater with the Gallic name from the Great War. With all of the advances in weapons and technology, the top spot will probably always be held by that sailor of the Kaiser’s navy who sent most of his victims to the bottom with a few well-placed rounds from his deck gun after safely evacuating the crew, perhaps with a small monkey sitting on his shoulder just to complete the curious picture. However, one cannot argue with statistics and numbers do not lie. When it comes to submarine warfare, Captain Lothar von Arnauld de la Periere of the Kaiser’s navy remains the undisputed champion, the greatest that has ever been.
Posted by MadMonarchist at 12:11 AM