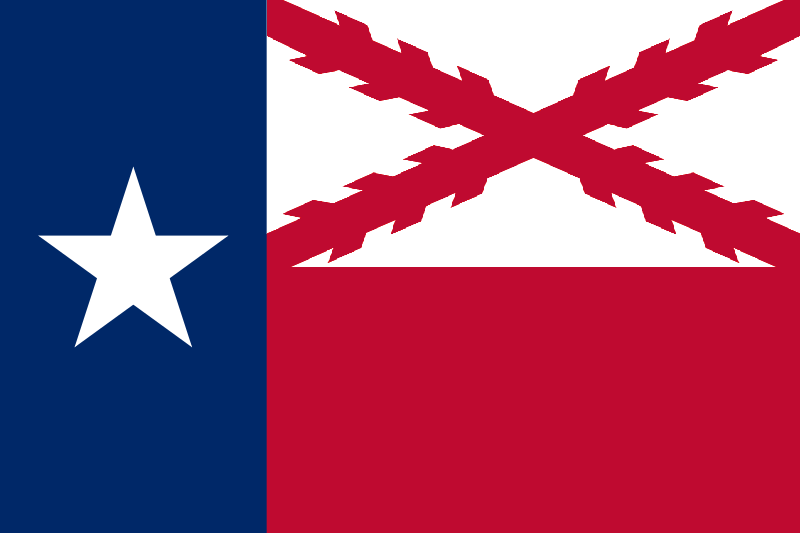 Of all the monarchies in the world, none has deeper ties with the state of Texas than the “Land of the Setting Sun”, the Kingdom of Spain. Texas was, at least nominally, under the Spanish Crown for about 302 years which, of course, is far longer than the roughly 159 years that Texas has been part of the United States of America. Given that, it is no surprise that the cultural impact of Spain on Texas has been immense and the relationship between Texas and Spain has been a long one. It all goes back to the reign of King Carlos I of Spain (Emperor Charles V to most people) in whose name Texas was first claimed by the Spanish explorer Alonso Alvarez de Pineda. In 1528 another Spanish explorer, Alvar Nunez Cabeza de Vaca, became the first Christian to set foot in Texas when he was shipwrecked on the coast. The first major exploration of the interior of Texas was carried out in the reign of King Felipe II by Francisco Coronado who also described a group of natives from whom the area of Texas derived its name (which means “friend”, hence Texas being known as “the friendship state”). However, Spain made little effort to make much of Texas until the French started to take an interest in the region. 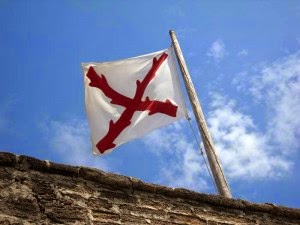 When the French explorer La Salle mistakenly landed at Matagorda Bay, he claimed the region for King Louis XIV and established a fort in the area named for St Louis. The French effort did not succeed in establishing a permanent foothold as there was a mutiny and La Salle was killed. A Spanish punitive expedition found that the French had all killed each other or been killed or enslaved by the natives. The natives of the Texas coast were quite a fierce bunch and were the first to ever enjoy French cuisine in Texas -that being the French sailors themselves. Disaster though it was, this made it clear to Spain that Texas was vulnerable to attack and so a campaign began, at the behest of King Carlos II, to establish a string of missions and forts across Texas to guard the frontier with the French territory running down the Mississippi. This led to the first real Spanish presence in Texas and it produced the oldest historic buildings and settlements in Texas that survive to this day. The difference between the missions and the presidios (forts) can sometimes be hard to see since the missions were sometimes built like forts and every fort, of course, had a chapel. It is a mark of the appreciation for history and tradition in Texas that these missions are still standing and mass is still said in them on a regular basis. 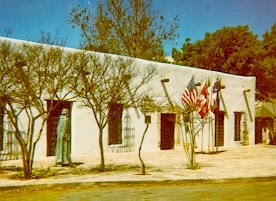 The unfortunate King Carlos II was the last Hapsburg to reign over Texas and when the Crown of Spain passed to the Bourbon dynasty there was a marked shift toward greater centralization in government. Texas received a Royal Governor who established himself in San Antonio, the largest settlement at the time, and whose palace is the most lasting remnant of the era of monarchy in the Lone Star State. However, not many people in Mexico were anxious to move to Texas and settle. The relatively few settlers often came from Spain or some Spanish possessions closer to the homeland (such as the Canary Islands) and most of the settlements consisted of those farming Indians who had converted to Catholicism under the instruction of the Franciscan friars and the Spanish soldiers posted at the forts and missions to guard against a French attack and to protect the peaceful Indians from the hostile ones who survived by raiding as well as hunting. Eventually, after being held by Spain for a time, the Louisiana Territory was sold by France to the United States and the threat of a foreign incursion became an American rather than a French one.

Such fears were based in reality as, early on, there were attempts by filibusters (land pirates) from the United States to seize Texas from Spain. None of them succeeded but as revolution began to spread in Mexico, the forces of the Spanish Crown in Texas were suddenly faced by two enemies. In 1812 a Mexican republican made common cause with an ex-Army officer from the United States and invaded Texas with an army of Mexican revolutionaries, Indians, escaped slaves and assorted American criminals called the Republican Army of the North. They seized much of the province but were weakened by in-fighting and finally defeated and wiped out by a Spanish royalist army in 1813 at the battle of Medina, the largest battle ever fought on Texas soil. The reign of King Fernando VII was restored but only for the time being. Events in Spain brought together the left and right, at least temporarily, in Mexico and in 1821 what had been New Spain, including Texas, broke away as the Empire of Mexico under the former General Agustin de Iturbide. 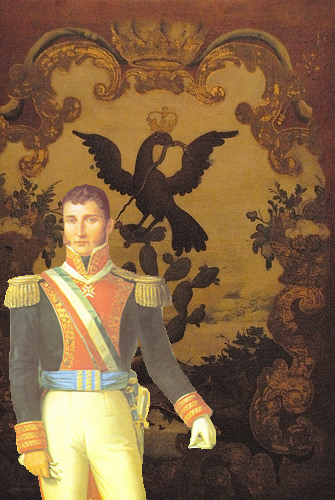 The short-lived reign of Iturbide would be the last time Texas was under a monarch. It was also during the brief rule of the first Mexican Emperor that the first Anglo colonists began to settle in Texas. In fact, negotiations for the settlement were interrupted by the overthrow of Iturbide and had to be concluded with his republican successors. So, 1821 was the last year of unity between Texas and Spain and the unity between Texas and Mexico would be much more short-lived. The Kingdom of Spain never recognized the independence of the Republic of Texas, which is not surprising considering that Texas declared independence on March 2, 1836 and at that time Spain did not even recognize the independence of Mexico (that came later in December of that year). Nor was there much improvement in relations in the decades that followed due to American aggression against the remaining Spanish colonies in the Caribbean, ultimately resulting in the Spanish-American War. However, be it the Alamo, Goliad or San Jacinto, all of the most famous landmarks in Texas, all the places with the greatest historical significance, were part of the Spanish cultural legacy. Given the frequency of civil war in Spain itself, there was little opportunity for much business with Texas and when *the* Spanish Civil War broke out, opinion was divided in the United States as it was in the rest of the world. Most, like Mexico for that matter, favored the Spanish republicans but not quite everyone did as there were bitter condemnations against the Texas Oil Company (modern-day Texaco) for diverting shipping bound for the republican government to the nationalists instead. 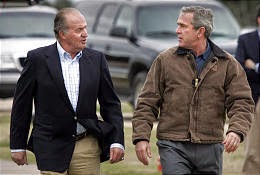 During the Franco era the Texans saw Spain as a partner in the struggle against communism and the Generalissimo even marked Spanish-Texan ties by sending a statue of a conquistador to San Antonio where it still stands in front of the old Royal Governor’s Palace. Closer ties were forged after the passing of Franco and the restoration of the Spanish monarchy. King Juan Carlos has always made it a priority to try to encourage amity with the lands of the former Spanish Empire and Texas was not excluded. In 1987 King Juan Carlos and Queen Sophia became the first Spanish royals to visit Texas, receiving a warm welcome. “Spain is also very happy to have contributed in the passage to forge that identity as you today contribute to make this state one of the most prosperous, beautiful…in the United States,” the King said. Their Catholic Majesties received some cowboy hats, were greeted by crowds waving Spanish flags and musicians playing a combination of country-western and mariachi music. They visited the Alamo, took a floating tour of the San Antonio River and heard mass at the historic Spanish mission of San Jose (where the Cross of Burgundy still flies). In the years since, the King, Queen and other members of the Spanish Royal Family have visited the Lone Star State on numerous occasions. 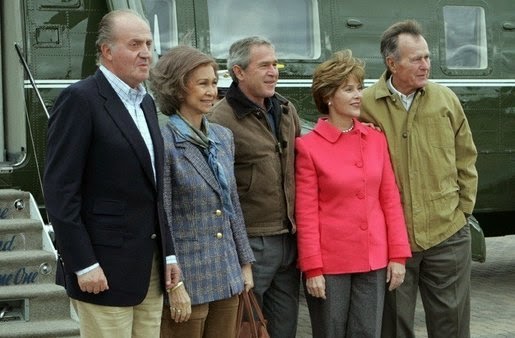 Today Texas and Spain enjoy a close, friendly relationship, based more on culture and history than trade or commerce. Spanish people may not have a major presence in Texas, but the presence of the Spanish legacy is immense. The largest single religious denomination in Texas is the Roman Catholic Church, whose roots in Texas go all the way back to the original Spanish missionaries and the largest ethnic group in Texas is Hispanic with those of Spanish or at least partial Spanish ancestry recently becoming the majority of the population. By far, the most common language spoken in Texas, after English, is the Spanish language, even if it is more similar to that of colonial Mexico than pure, proper Castilian. Music, food and architecture across Texas have been heavily influenced by our Spanish roots and it is not enough to say that Texas and Spain are close, that they have been or will be but more than that, the fact is that Texas would not be Texas at all without the Kingdom of Spain.
Posted by MadMonarchist at 12:14 AM