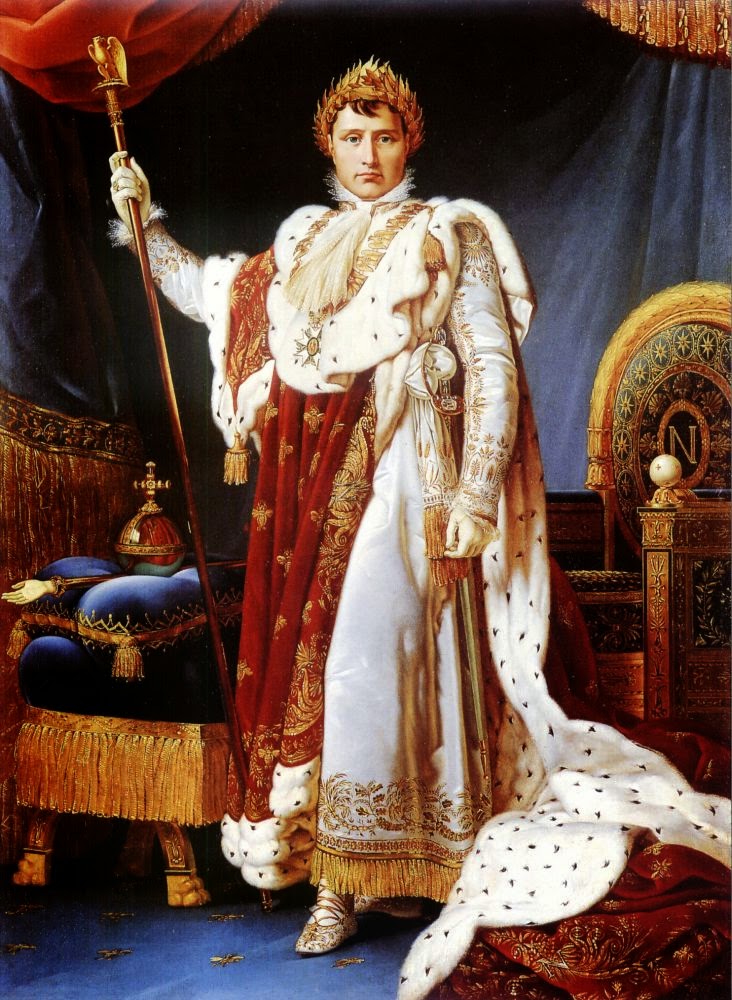 On this day in 1804 Napoleon Bonaparte was declared "Emperor of the French" by the French Senate. Later, Pope Pius VII would preside at his formal coronation. This was not supposed to be seen as a restoration of monarchy in France but an imperial elevation for the French Republic, similar to the way the Roman Republic carried on after Augustus became Emperor. However, it certainly was a monarchy, just not the traditional monarchy of France. The fact is that Napoleon had monarchical aspirations for some time. It was offensive to him that anyone should dare to consider themselves more lofty than he and he considered the Austrian Hapsburgs the most offensive. It helped that the Archduke of Austria was also the Holy Roman Emperor and traditionally there had only been one Emperor in western Europe and Kaiser Franz II knew that Napoleon had his eye on the job. So, in order to deprive the 'Corsican upstart' of his prize, Franz II abdicated and dissolved the (by then nominal) Holy Roman Empire and became Emperor Franz I of Austria. So, there were two emperors in the west and one in the east (the Tsar of all the Russias, but Napoleon was coming to him as well) and Napoleon began to revive monarchy where French forces had once torn it down, farming out his relatives to create new royal houses. However, it did not work as republicans found it repugnant and monarchists believed in sticking with the legitimate dynasties. Napoleon was the first to try to combine the ideals of the French Revolution with the structure of a monarchy but he would not be the last to prove unsuccessful at it.
Posted by MadMonarchist at 1:53 AM